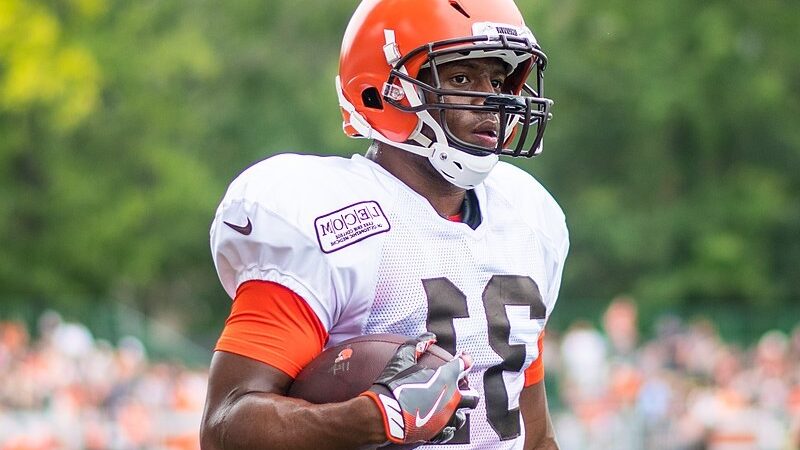 As we gear up to the start of the NFL season, Football Absurdity is going to bring you a comprehensive breakdown of every notable player that will be available in fantasy football drafts. Like the music of exceptionally-talented songwriter Robert Palmer, Nick Chubb’s fantasy value is here to stay. Will he be “simply irresistable” to your fantasy squad or will Kareem Hunt’s nagging backfield presence mean you might as well face it: You’re addicted to Chubb!

In 2020, Nick Chubb rushed for 1,067 yards in 12 games for the Cleveland Browns, a city Robert Palmer has played at a whopping four times! Despite missing four games, a dozen touchdowns elevated Chubb to ninth overall RB in terms of total points.

The bane of Nick Chubb remains Kareem Hunt. This fact is well known, just like it is well known that Palmer charted with his debut solo album, Sneaking Sally Down the Alley. In addition Chubb caught 16 passes last year, while Hunt reeled in 38. Robert Palmer summed up the situation precisely in his 1988 hit, Simply Irresistible, when he crooned, “the trend irreversible.”

Nick Chubb Auction Value: $63
Draft Ranking: Find out for your league settings in a Beersheet!

The argument against reaching for Chubb is that he has a limited ceiling. This is in stark contrast to Palmer’s 1988 smash hit album, Heavy Nova, which topped the U.S. chart for 3 weeks. Chubb does not top the charts, however, when it comes to workload. He averaged a bit under 16 carries per game. In contrast, Derrick Henry, a similar back in that he does not catch many passes, averaged over 23. Chubb’s like the song by versatile songwriter Robert Palmer, Addicted to Love, except replace “Love” with “getting a lot of carries” and replace “addicted” with “not addicted.”

Chubb stays healthy and gets an increased workload. He soars into the top-5 like Addicted to Love soared up the charts.

Chubb is limited by the further emergence of Kareem Hunt. He finishes as a back-end RB1 and has to go on the I.R. when the infectious Robert Palmer track, Simply Irresistible, gets stuck in his head.