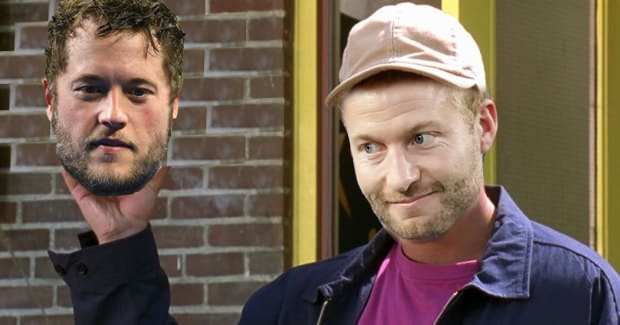 Every summer, we take a deep dive into the fantasy football average draft position (ADP) of players on each real-life NFL team. We do this so that we can determine which guys are undervalued, overvalued, or valued just right. As we Goldilocks this ADP, our draft board forms based on our opinions of players and where they go in fantasy football drafts. Since drafters draft (mostly) by site algorithms, site algorithms drive ADP on that site. So, we use FantasyPros’ aggregate average draft position data in order to smooth out those edges. To really smooth out the edges, I will use half-PPR average draft position, which you can find here. We continue our series with the 2021 Los Angeles Rams.

The Los Angeles Rams had just about enough of Jared Goff down the stretch last season, using his thumb injury as a pretext to turn to relative unknown John Wolford. When an injury forced Wolford from a playoff game, the Rams turned back to Jared Goff. He responded by going 30/46 for 329 yards and two touchdowns. All told, not a bad game, especially in the playo—what’s this? That’s across two games? Yikes. Anyway, the Los Angeles Rams made sure they never faced that position again and flipped Goff over to the Detroit Lions in return for an actually good quarterback in Matthew Stafford. People have high expectations for the 2021 iteration of the Los Angeles Rams. But, can we still find some sleeper value here? Who is the sleeper, breakout, and bust of the 2021 Los Angeles Rams?

This is the deepest possible sleeper: a round four rookie hybrid WR/TE who absolutely smashed athleticism metrics as a wide receiver, but who they might play at tight end. He’s challenging Kyle Pitts for the most athletic TE in this class. Pitts carried a 9.66 RAS score, whereas Harris carries a 9.96… as a wide receiver. He’s a monster, and I know about the whole rookie tight end thing. But there’s a WR3 void in the Rams’ WR room (yes I know Tutu Atwell and DeSean Jackson are there, I said what I said), and he profiles more as a wide receiver than a tight end (16.6 average depth of target in 2020). This could be a situation not unlike rookie year Marques Colston, where he had tight end eligibility and played wide receiver, creating the ultimate cheat code.

Ultimately, Harris sits as the WR3 at best on the Rams without injuries ahead of him. So, just watch, calmly and respectfully, and see how things play out. But, don’t be afraid to pounce. If you’re someone who eschews taking a kicker and D/ST to take extra sleepers, then Harris should be on that list. We should know before the preseason ends how the Rams plan to deploy him.

Look, if it isn’t going to be Jacob Harris, then it sort of has to be Van Jefferson to take a step forward in 2021. Again, I know Tutu is here, I don’t care. Van Jefferson hardly made it onto the field last season, notching a 24% snap share, that led directly to his 2.2 targets per game. He simply wasn’t on the field that much. But, when he was on the field, the Rams targeted him 23.3% of the time (all numbers per playerprofiler.com). In the end, he converted about half of his air yards, which is a situation ripe for taking a huge step forward.

Pair Van Jefferson getting an increase in volume and a natural increase in air yard conversion with Matthew Stafford, and he’s primed to take a step forward in 2021. The only question is how big a step. The Rams’ WR corps is deep and varied, and that’s before you get into Tyler Higbee and Jacob Harris. The roots of something are there, they just need to get watered.

To be clear, I prefer Tyler Higbee at his ADP (128 overall) as a shallower breakout candidate, but he already “broke out” by some definitions and I didn’t want to get yelled at. So, Van Jefferson, deep break-out candidate.

Let me get this out of the way. I just want to pump the brakes on Cam Akers a little bit, since he’s currently going as a team’s #1 running back. There are a handful of sophomore running backs going between RB5 and RB20: Jonathan Taylor, D’Andre Swift, Antonio Gibson, Cam Akers, J.K. Dobbins, and Clyde Edwards-Helaire. These guys are broken down into fellas we are confident about (Taylor, Gibson), guys who should be good but have slight questions (Swift, Dobbins) and guys who need to show us something during their sophomore campaign (CEH). Many people want to argue that Akers belongs in the first tier, the guys we are confident about. I submit that he has more in common with Swift, Dobbins, and Clyde Edwards-Helaire than Jonathan Taylor and Antonio Gibson.

If you ask people why they want to fade J.K. Dobbins, the #1 answer is target share. The Ravens simply refuse to pass the ball to running backs. That’s fine, and that’s fair. But, why are people out on D’Andre Swift? Well, they fear that D’Andre Swift will share with Jamaal Williams (never mind that everyone shares now). And as for Clyde Edwards-Helaire? He famously can’t score touchdowns from the goal line.

But here’s the thing: Cam Akers represents all those downsides in one convenient package.

You might fear the Ravens not passing to the running back, but did you know that the Rams ranked 30th and 32nd in fewest targets to the running back in the last two seasons? That should definitely hurt Cam Akers. But what about sharing time? Well, Darrell Henderson still exists and was still a talented guy when he had a chance to play last year. That sort of gums up the Cam Akers works. And CEH, poor CEH, who can’t score from the goal line. He was 1-for-9 on goal-line attempts in 2020. Cam Akers? He sat at a happy little 1-for-8.

Cam Akers represents a lot of the downsides present in guys going after him in drafts, but people don’t want to acknowledge that said downsides exist. For that reason, I am fading Cam Akers in my redraft leagues.