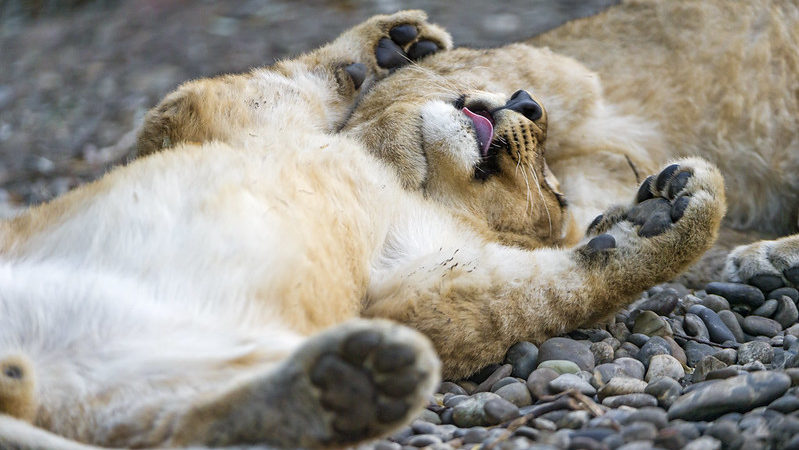 The Detroit Lions made one of the biggest trades of the offseason, trading long-time quarterback stalwart off to the Los Angeles Rams to take on Jared Goff’s somewhat bloated contract. They also swapped out their coaching staffs, bringing on Dan Campbell as head coach, and Anthony Lynn as their offensive coordinator. That gives me a bit of excitement for 2021. Unfortunately, their wide receiver room makes me wonder what exactly the Lions are doing, here. Shockingly, they didn’t really address the position, taking just Amon-Ra St. Brown in the fourth round (though they added Sage Surratt as an undrafted free agent). The Detroit Lions did address their offense early, just not at a fantasy position. They took their Left Tackle of the next decade, Penei Sewell, in the first round. The Lions also took running back Jermar Jefferson (and cut Kerryon Johnson) in the sixth round.

What can we expect from the Detroit Lions and their fantasy football rookie prospects in the 2021 season? Other than kneecap biting, of course…

Only one trait really flashes for Amon-Ra St. Brown, though he seemed to do everything with a high proficiency level. His routes are decent enough (though USC loved to just send him on digs and call it a day). ARSB’s best trait is his hands, especially when it comes to catching 50/50 or contested balls. His hand-eye coordination, body adjustment, and fight at the point of attack are some of the best I’ve seen in this class this year. Other than that, he’s unflashy. At this point he’s looking to be the LaMelo to Equanimeous’s Lonzo, rather than his LiAngelo. He reminds me of a slightly taller and thinner Jarvis Landry.

Look at the depth chart again. Your guess is as good as mine as to how the non-Hockenson, non-Swift targets go in this offense. The Detroit Lions don’t have WR1 on that roster, but that uncertainty could be a boon for Amon-Ra St. Brown in his rookie year. That having been said, we just don’t know at this point. There isn’t even a starting-off point: the quarterback, the head coach, the offensive coordinator, and the wide receiver corps are all brand new.

I did the leg work last year and found fewer than one-in-fifty wide receivers taken outside the top-100 picks return top-36 wide receiver seasons in their rookie year. That doesn’t give me much hope for Amon-Ra St. Brown to set the league on fire. But, if I had to pick a rookie wide receiver taken outside the top-100 picks to come in as that one-in-fifty this season, I would choose Amon-Ra St. Brown. If you play in a deep league, then ARSB is a must-stash, just in case things shake out in his favor. Also, he’s an easy cut if they don’t go his way or have an otherwise completely dysfunctional offense. But, I’m not looking ARSB’s way in a ten-team league.

Jermar Jefferson has some really good power, vision, and open-field elusiveness. He is somewhat awkward catching passes, but that’s not really his bag. Jefferson reminds me a lot of a good version of Marlon Mack. He’s powerful, wiggly, physical, with enough speed to get away but he isn’t a burner. He also doesn’t catch footballs to save his life, and when he does, they are super awkward. He’s a fine depth guy but he doesn’t blow me away at the NFL level. His lack of pass-catching chops certainly limits his upside at the NFL level.

If everything goes to plan for the 2021 Detroit Lions, I doubt Jefferson sees more than 100 offensive snaps throughout the course of the 2021 season. The Lions have D’Andre Swift as their top running back, and Jamaal Williams coming in at #2. Between Swift and Williams, the Lions have all they need in a running back… except a battering ram. That could be Jefferson’s rookie year role, and I wouldn’t be shocked if the plurality of his snaps come at five yards and is as a hammer for Dan Campbell. That’s the path to vague fantasy football relevance in 2021 if everything goes according to plan.

Everyone has a plan until they get punched in the mouth. Like I said, for the Lions, that includes a one-two punch of Swift and Williams with Jefferson coming in to help around the goal line. If D’Andre Swift misses time due to injury this year, then Jefferson will likely end up as the short side of the platoon with Jamaal Williams. That gives him some deep league potential. But, like Amon-Ra St. Brown, I am not bullish on his chances. Rookie running backs getting an opportunity due to injuries feels like a crapshoot to chase.

Earn a Five Goodell grade by checking out these links!