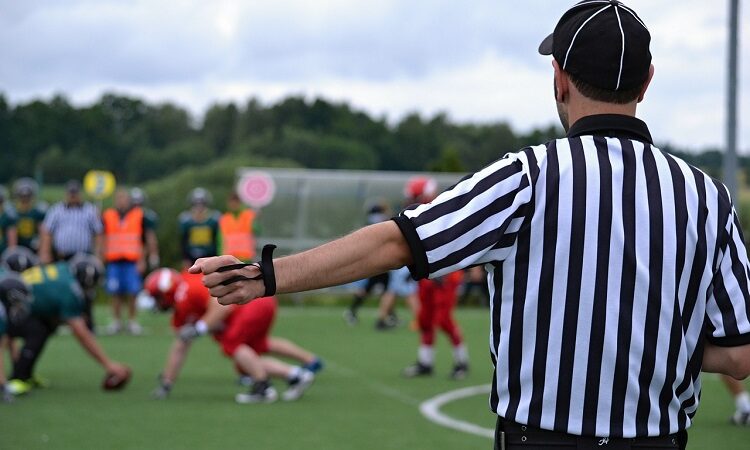 Hot Takes from Crazy People is where I take a look at the most hilariously outrageous comments in articles about the NFL. Josh Gordon has been cleared to return to the NFL. Combined with the U.S. House of Representatives recently voting to decriminalize marijuana, Josh Gordon’s ban has roused a wave of critics. One such commenter, however, does not do a great job of making an argument:

It’s true: There is not a single rule that says a player can’t play after their urine tests positive for murder!

I try to stay away from plucking comments out of the FoxNews NFL portal. This is not because it’s like shooting fish in a seafood restaurant. Rather, it’s because most of the hilariously insane comments follow the same pattern of awfulness, so it gets old. However, this person’s wild take, from an article about Brett Favre supporting Drew Brees’ criticism of anthem-kneeling, was uniquely left-field:

It’s a unique way of asking why the esteemed scholars at the University of Southern Mississippi can’t speak perfect French.

Speaking of language difficulties, some people don’t have the skills needed to tell jokes. Such as the skill of being able to speak English. Here’s a comment about an NFL players’ cleats spreading awareness for education efforts in Kenya:

While we’re on the subject of Debbie Downers, one person just couldn’t laugh at someone losing a $500,000 bet on the Eagles’ hail mary:

Finally, we close this week with two strategies that never ever work to win an actual argument. The first is an unsupported overgeneralization. This is exemplified by this poster in an article about Chris Collinsworth apologizing for making broad assumptions about women football fans:

Uh, yeah, a lot of women do like and care about sports.

The second is cherry-picking ridiculous stats to win an argument. The hilarious part is if you do it to look foolish in an argument you were already going to win.

I’m currently losing the Super Bowl known as “maintaining my Super Sanity,” so that’s all for this week’s Hot Takes from Crazy People!

If your super-sanity has given you a hankerin’ for some daily fantasy sports. Try out FanDuel! That link lets them know we sent you! It also gets you a 20% deposit match up to $500!