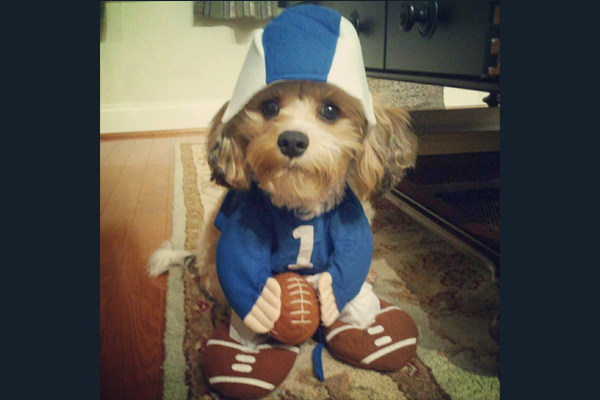 Welcome to Hot Takes from Crazy People, where I brave the dangerous and mind-altering comments sections from NFL articles to bring you comedy gold.

First, a word from our sponsor:

Do you worry that shrapnel from a war zone bombing will hit your dog, but also want your pup repping your favorite NFL team? Also, for some reason, it prevents them from being able to pee? 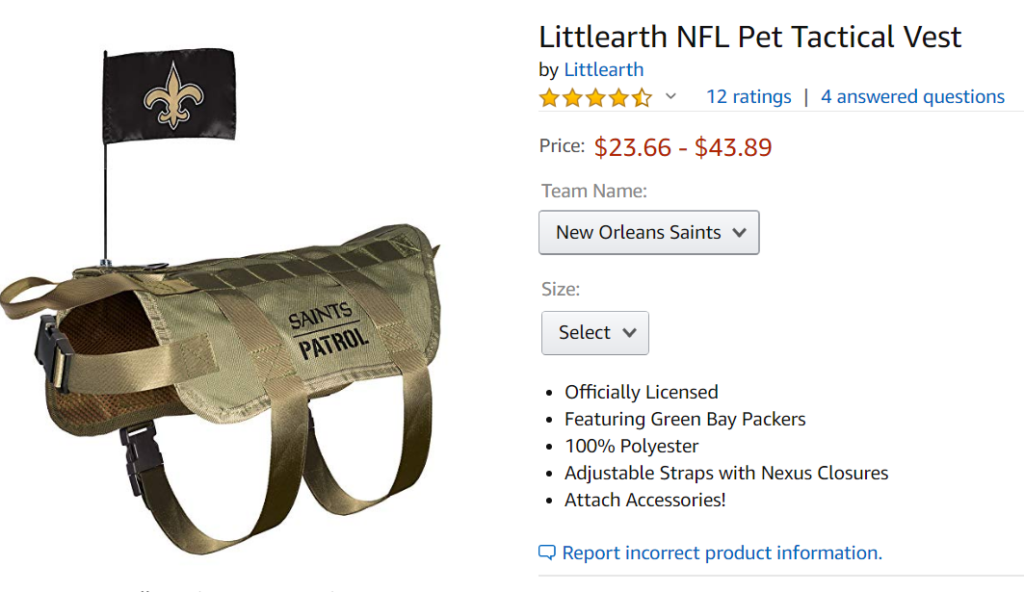 Let’s just get the nonsensical-Youtube-comment-of-the-week out of the way:

Experiencing a head injury: Something that makes you smarter.

Someone on Fox News tries the whole “turn the tables” racial argument, which leads to some ownage at J.J. Watt’s expense: 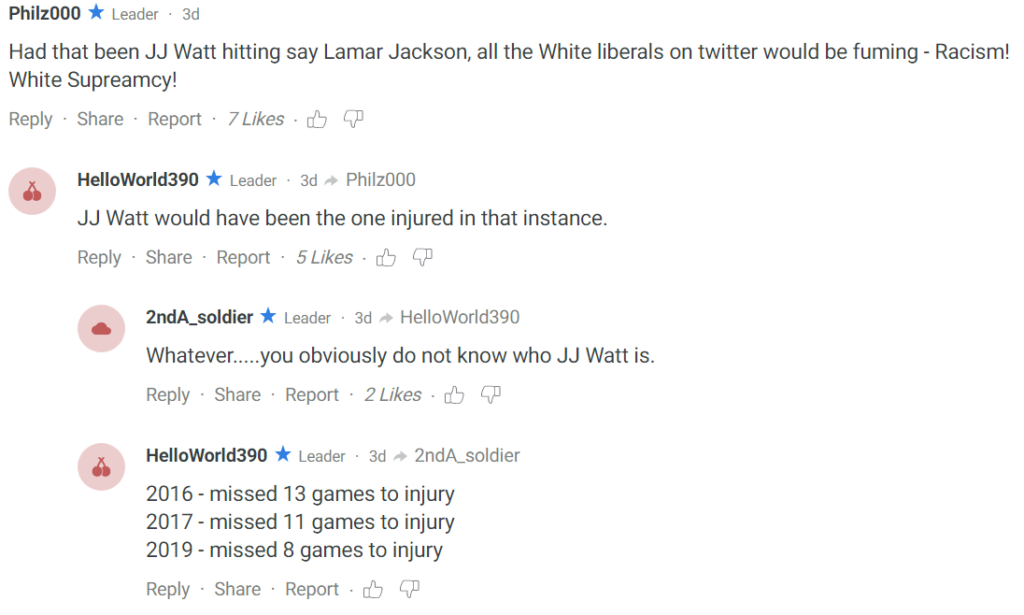 Over on Facebook, it may not have been the best week for the New Orleans Saints to attempt to rally their fans around the Pro Bowl, but appealing to “feelings” isn’t the way to turn things around… 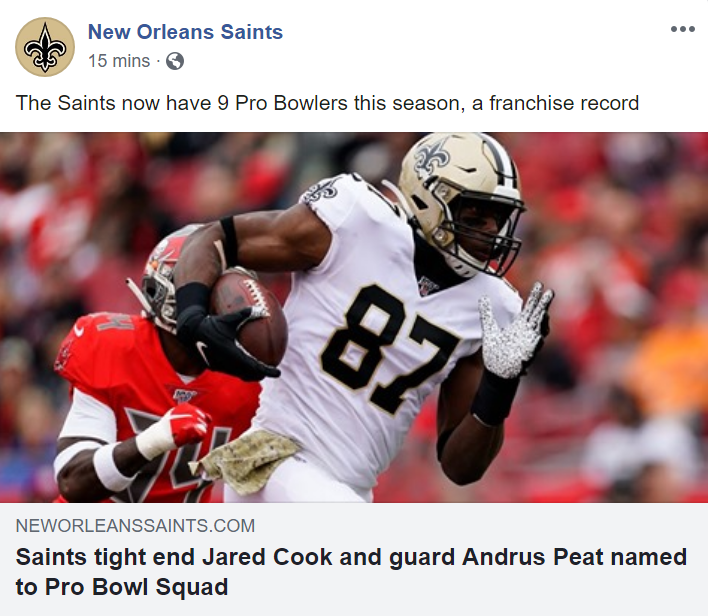 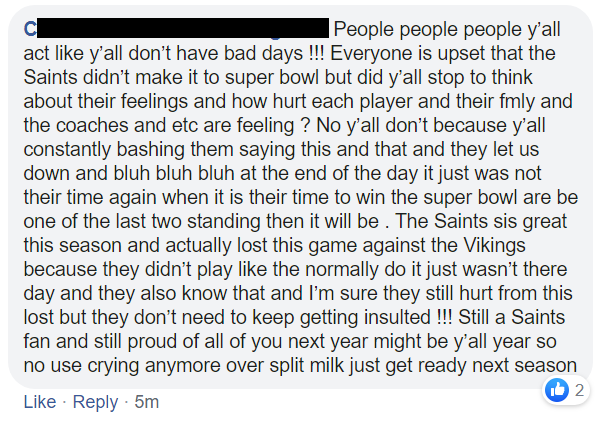 The NFL announced it would soon distribute tickets digitally, which led to a delicious moment of watching a jerk hole feel sorry for themselves:

Some people just have a head for sports facts, their memory is like an iron vice:

Finally, Philly fans get a bad reputation for being negative. Anyone who visits their official Facebook page will see that there are tons of positive, uplifting articles, like this one…

Anyway, check out all the Hot Takes from Crazy People, here.  Also, hop in our Discord to joke around and see some funny Hot Takes that didn’t quite make the cut.

If you can’t get enough of my comedy and want even more, you’re probably my mom and you should listen to our podcast and get registered for our Twitter or whatever it’s called when you do that.

One Comment on “Hot Takes from Crazy People: The Best High in My Life”