Each week I will be discussing the funniest football happenings that take place in the NFL. All the hoopla of the players, crowds, and referees will be under my absurdity microscope. Get ready to enjoy the wacky, zany, silly, and unpredictability that occurs during the season as we examine the funniest NFL memes, tweets, and plays for Week 15.

NFL has suspended Josh Gordon indefinitely for violating the league’s policies on performance-enhancing substances and substances of abuse.

This block by George Kittle is top 5 most dominating blocks I’ve seen and to make it even better ... he’s laughing the entire time cuz it’s the best feeling in the world. 😂😂pic.twitter.com/ra1POlcUup

Kyler Murray had the best close and tackle I’ve ever seen from a QB. Explosive!! pic.twitter.com/l2mVmaTHDM

The Titans x “Remember the Titans" one year ago today 🔥

3 QBs lead their team in rushing yards this season:

Multiple Browns players, including Jarvis Landry, yelled “Come get me” to the Cardinals sideline on Sunday, per @MikeSilver.

Things are descending into chaos in Oakland. Media has been asked to leave the field as security engaged in full-on brawl with a fan. Another woman gushed blood from her forehead, appearing as if she had been hit by trash heading for the field. pic.twitter.com/zOlImU7hEh

The scene is wild here.

Raiders fans leaving the final game in Oakland with a loss like... pic.twitter.com/0yVqG6H3Hr

Visual evidence from @jwmonicalKSTP how many #Vikings fans are in the crowd. He says 75 percent Vikings fans. pic.twitter.com/i9rcHT9UsI 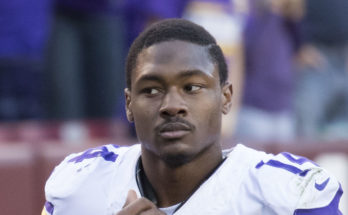