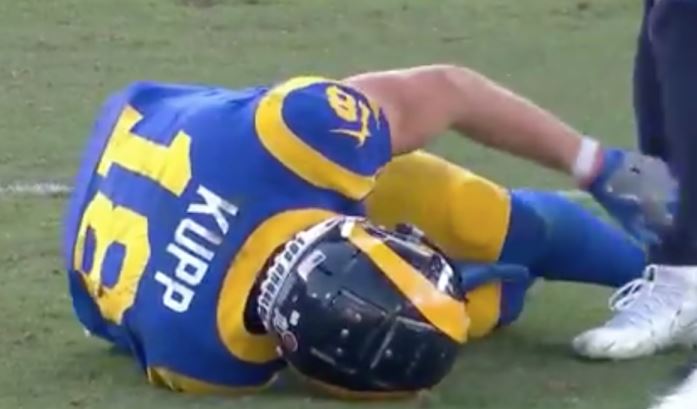 Week 13 is upon us and those of us on the cusp of making the fantasy playoffs are looking at all of our options to salvage our desperate hopes of fantasy greatness. In order to make the playoffs, we will need to optimize our rosters. That is where we come in. Every week, we at Football Absurdity like to highlight players with marginal matchups that you might get a wild hair about. We hope to provide you with some basic facts to help you inform your start or sit decisions. These wide receivers have emerged from crowded WR rooms to have an opportunity to take advantage of plus matchups this week.

Cooper Kupp’s lost ACL is your gain if you are looking to start Josh Reynolds. While filling in for Kupp, Reynolds has been getting a lot of looks in the Rams high-powered offense. Over the last four weeks, Josh Reynolds is averaging 8 targets, 6 catches, 80 yards and 1 touchdown per game. Those are solid WR1 numbers, yet he is still available on a lot of waiver wires (64% owned in Yahoo leagues). That’s good news for over a third of league owners who can decide whether to start or sit Josh Reynolds. This week, the Rams are facing a Detroit Lions team that is spiraling out of control. So if you are looking for solid production from your wide receivers, you should definitely start Josh Reynolds.

At this point in the season, the San Francisco 49ers are playing for pride. But with their current talent level on defense, pride is something they will have to swallow. While Tyler Lockett appears to be the current number one receiver in Seattle, Doug Baldwin is still averaging more targets and receptions since he has come back from injury.  The reason Baldwin’s numbers haven’t looked as good is because he hasn’t been getting the touchdowns. But this isn’t for lack of trying: Russell Wilson has just missed on a couple of touchdowns over the past few weeks.  Eventually, those touchdowns are going to connect and Doug Baldwin is going to go off. The last couple of years, Baldwin has been a touchdown machine. This week, I expect him to go back to form for owners considering whether to start or sit Doug Baldwin. That is why I would start Doug Baldwin.

When Jameis Winston is on the field, Adam Humphries is one of the players that he is looking to get the football too. That more than anything is an indictment on the decision-making of Jameis Winston.  But this doesn’t change the fact that, over the last four weeks, Humphries is averaging on a per-game basis 6 targets, 5 catches, 62 yards, and 1 touchdown. Over that span, he has been the clear number two target in that offense.  Right now, he is the hot hand and you should probably ride it by considering to start or sit Adam Humphries. If you are struggling at wide receiver, it might not be the worst idea to start Adam Humphries.

These three wide receivers this week are all likely to be good options for you, but if you’re trying to decide whom to start or sit, I would go with: