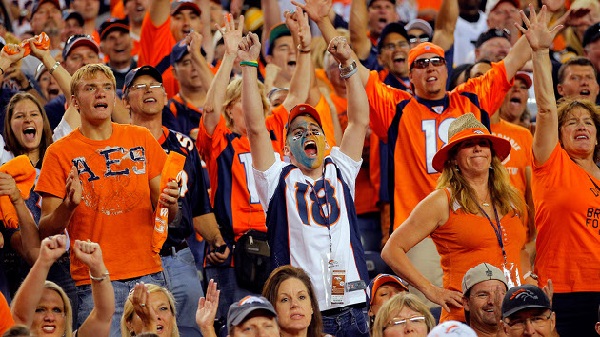 What a crazy weekend for the one team in the AFC West that seems hellbent on building a Mount Rushmore of Hall of Fame Quarterbacks with mammoth foreheads. A state that is full of majestic views and legalized marijuana is probably super chill about this season of the Denver Broncos.

If only John Elway would just lean into this trend, more, and draft Frasier Crane…

Well, it is over. The Denver Broncos are now on the clock. Week nine is over and so is this season. I know you Broncos fans have farmer and pro-bowler Von Miller but the Broncos are as talented as the New York Jets. Woof. I thought of some heavy hits on the Broncos and sometimes just a direct pop to the nose is the most embarrassing.

The game pitted the Broncos against former Denver star Demaryius Thomas, former rookie phenom Deshaun Watson and Texas Governor, J.J. Watt. It was a solid game. Case Keenum kept the Broncos in the hunt into the fourth quarter. This season for Denver has been like a Law & Order episode: moderately captivating, making predictable plot points, and leaving fans yearning for the better ones in the 90’s.

We’d compare Broncos fans to “Special Victims Unit,”
but that would be cruel to trauma survivors… and special people

Why is it that coaches think you can kick from their own 40 yard line when in Denver? Vance Joseph lined McManus up from so far out even Jason Elam was heard saying ‘Are you out of your damn mind?!’ 62 yard and 51 yard attempts would seem absurd for most teams, but the famous John Elway elects to trade away the WR1 suddenly the third-best1 scoring option is a boot.

Don’t freak out completely: The Broncos are still one game up on the Buffalo Bills! Plus there are two games remaining this season against the Raiders and the Browns. A 5-11 season is honest, and really good positioning for landing the third or fourth most hyped college QB in late April.

The sunset is always so beautiful in Denver,
just too bad Daylight Savings Time meant it happened seven weeks early, this year

For more Mike Maxwell, follow @TheMikeMaxwell, and check out these other articles:

Football Burst Kool-Aid: Who You Slurpin?