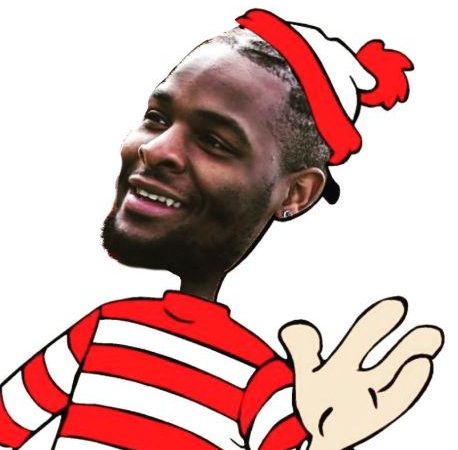 It’s Trade Talk Thursday (I know it’s Friday) and many readers are trying to figure out which week one fantasy football trade targets would look best on their team.  For the most part, I am a big believer in trusting the team you drafted before you decide to make moves.  However, some opportunities are too good to pass up.  Regardless of how good your team might be, if you have a chance to upgrade a position, you should go for it.

Rather than tell you what players to target, we are going to go through the major events of the preseason and figure out how to turn someone else’s disaster into your week one fantasy football trade target opportunity.  But most important of all, your assessments might not be the same as mine, so be sure to adapt these strategies according to your own evaluations.

For Whom The Bell Tolls

Review: The biggest fantasy football trade news happening is with Le’Veon Bell. Right now, there is no indication that Le’Veon Bell is going to report to camp anytime soon.  However, every game he misses costs him $855,000, so he could report tomorrow.  The way the franchise tag works, even if the Steelers change their mind about a long-term contract, he has zero chance of getting an extension. The only way he can get a long-term contract is by reporting and signing one next year. The issue we currently face is that he could report tomorrow or he can wait until week ten of the regular season.  Anytime after that and the Pittsburgh Steelers can just franchise him again next year.

Fantasy Impact:  The first thing you should be doing, regardless of if you own Le’Veon Bell, is to add James Conner on the waiver wire.  If you are only figuring this out now, it is probably too late.  Conner is already 79% owned in leagues, according to Yahoo Sports.  If you are part of that lucky 21%, add him now.

If you are the Bell owner, you don’t own Conner and he is not available on the waiver wire, you should be worrying right now.  You invested a lot of draft capital on the fact that Bell is a game-changer in fantasy football.  If he doesn’t play though, the changes he is making aren’t pretty for you.

Strategy: Your fantasy football trade strategy will vary depending on whether you own Le’Veon Bell or not. If you are the Bell owner, the fantasy football trade you need to be looking into is one that gets you James Conner.  Try to evaluate the Conner owners fantasy roster and determine what his weaknesses are.  However, you also have to make it clear that Bell is not for sale and that you believe he will be back soon.  (It doesn’t matter if you believe this or not, you just have to make sure he believes you believe this.)

You don’t want to trade Bell right now because his value is at an all-time low.  You will be lucky to get a low-end first round pick from this years draft for him.  If the Conner owner is smart, he will understand that Conner’s value has a limited shelf-life.  If Bell reports tomorrow, he is worthless.  In case the Conner owner is not smart, remind him of this.  Your best bet is to try to salvage the spot of your roster with Bell until he comes back.

If you are trying to trade for Le’veon Bell, how you proceed depends on your level of risk tolerance.  There is a very good chance the Bell owner in your league is panicking right now.  The longer Bell holds out, the worse his roster is going to look.  If you think you have the depth on your roster to lose an RB2 and a WR2, you could add a very valuable piece to your playoff roster at the cost of some bench depth.  However, the Bell owner is probably going to be hesitant to move him because he invested a lot of draft capital to get him.  But players of Le’Veon Bell’s pedigree are rarely available for trade during the regular season, so this is absolutely worth pursuing.

This is a unique opportunity for owners to build a powerhouse playoff roster.  If you happened to draft Todd Gurley or David Johnson and you were able to trade for Le’Veon Bell, you could roll into the playoffs with Bell as your RB2 and steamroll your way to a championship.  You just have to be aware that, in the worst case scenario, you might need to win at least nine games before Bell ever plays a game on your team.  If you decide to trade for Bell, you better be confident in your ability to maximize your teams value on the waiver wire and with strong roster management.  But if you are a gambling man, trading for Le’Veon Bell is a high-risk/high-reward strategy you absolutely should pursue.

For more fantasy football trade targets, follow this category as the season rolls along.