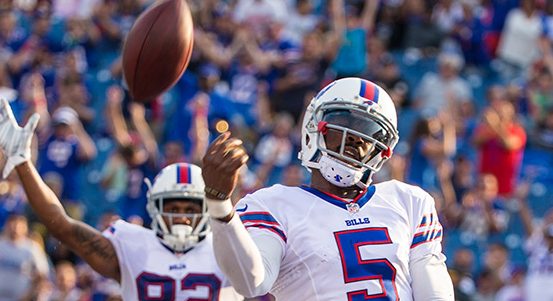 If you prefer your quarterbacks underappreciated, then you should appreciate this fantasy football Tyrod Taylor player profile. As we gear up to the start of the NFL season, Football Absurdity is going to bring you a comprehensive breakdown of every notable player that will be available in fantasy football drafts.  When you don’t see us talking about Christine Michael or Mike Davis, don’t get mad at us for neglecting your favorite sleeper.  Get mad at yourself for having bad taste in football players.

Strategy: It would be easy for me to just say Browns and dismiss Tyrod Taylor, but I think that would be doing him a disservice.  In 2015 and 2016, Tyrod Taylor was a QB1 in fantasy football on a point per game basis.  In 2017, the Bills lost Sammy Watkins, Robert Woods and Marquise Goodwin and he saw a dip in production.  Now that he is on Cleveland, he appears to have a surrounding cast that can produce.  Jarvis Landry and Josh Gordon might be the best one-two combination he has ever had at wide receiver.  The wildcard is Baker Mayfield.  Personally, I don’t think you pay Tyrod the money you are paying him unless you plan on starting him the entire year.

Ceiling: Tyrod can definitely end the year as a QB1.  He has done it before, so there is no reason he can’t do it again.

Floor:  Since he is on the Browns, what will actually happen to Tyrod Taylor is a tragedy that would make Shakespeare cringe.  Probably something that ends with him being poisoned by his sister/lover/head coach. 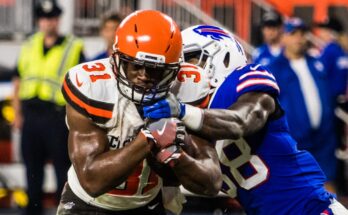