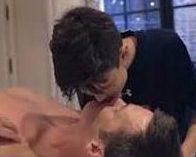 If you like your quarterbacks afraid of strawberries, then this fantasy football Tom Brady player profile will leave you in terror. As we gear up to the start of the NFL season, Football Absurdity is going to bring you a comprehensive breakdown of every notable player that will be available in fantasy football drafts.  When you don’t see us talking about Christine Michael or Mike Davis, don’t get mad at us for neglecting your favorite sleeper.  Get mad at yourself for having bad taste in football players.

Fantasy Football Tom Brady Overview: Tom Brady is one of the best quarterbacks to ever play the game.  You don’t have to like him, but you have to respect his production.  Having said that, I still do not like drafting him at his current ADP.  He is 41 years old.  I’m scared of drafting guys in their 30s.  At some point, his production is going to drop off, and I’d rather avoid him a year early than a year late.  Especially in a league with a lot of exciting quarterback options.

Strategy: While I will be avoiding him in 1QB leagues, in 2QB leagues, he is a must-have.  The problem with drafting him at his current ADP in 1QB leagues is if I wait just one round later, I can grab Kirk Cousins, and the drop off is not that significant in production, while the drop-off in talent at running back and wide receiver feels steeper.

Ceiling: We all know his ceiling is him ending the year best fantasy quarterback and probably win another Super Bowl ring.  And we will hate him for it.

Floor:  What will actually happen is he will end the year as a QB1 and lose another Super Bowl.  And we will still hate him for it.