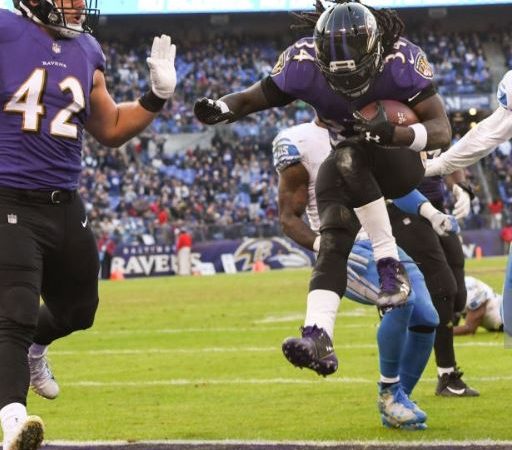 If you are wondering whether your running back has beaten back his competition, then this fantasy football Alex Collins player profile is for you. As we gear up to the start of the NFL season, Football Absurdity is going to bring you a comprehensive breakdown of every notable player that will be available in fantasy football drafts.  When you don’t see us talking about Christine Michael or Mike Davis, don’t get mad at us for neglecting your favorite sleeper.  Get mad at yourself for having bad taste in football players.  We are only focusing on the top-rated running backs in standard scoring and points per game leagues.

Overview:  Alex Collins, while not the lead back in Baltimore, was seeing about 16 touches per game.  However, he really did not do very much with those opportunities.  On the one hand, he didn’t exactly set the world on fire when becoming the lead guy.  On the other hand, neither has Kenneth Dixon or Javorius Allen.   He is just a guy, which means his position is precarious.

Strategy:  At his current ADP, I wouldn’t be looking at him.  He is going in the same spots a lot of the rookie running backs are going.  Rashaad Penny is a first-round running back with limited competition in front of him.  His ceiling is much higher than Collins while being in a position to have a similar floor due to opportunity.

Ceiling: I think we’ve seen his ceiling, which is a mid-level RB2.

Floor:  What will actually happen is someone will show up in training camp and beat him out.  He will be a waste on your roster.