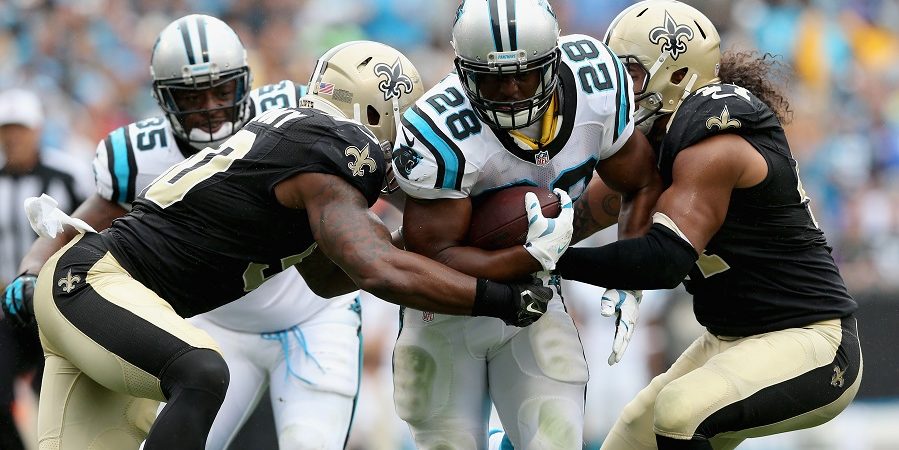 We’ve got 2018 NFL wild card predictions for every single game from every FootballAbsurdity personality:

Waleed Ismail —  The Tennessee Titans are a testament to just how terrible the AFC wild card playoffs are.  I was a big fan of Marcus Mariota coming into this season.  Judging by the way Mariota has been utilized this season, the Tennessee Titans like him a lot less than I did.  It is hard to get excited for them.  On the other hand, Kansas City has plenty of exciting parts for Andy Reid to forget about.  Luckily for Chief’s fans, Reid isn’t calling the offensive plays anymore.   Kansas City should win this 31-21.

Jeff Krisko — I can’t believe Evan is so stupid that he doesn’t know what a line or a spread is. So offended, in fact, I brought in my very well-meaning-but-only-partially-informed cousin, Jeffrey Hilario, to take care of my predictions for me…

The spread on this is Chiefs (-9). That means that the Chiefs start with -9 points… I think. Right? The over/under on the game is 44, but what’s the over/under on Alex Smith winning the game by himself, huh? Akeem Hunt is going to running back all over the place and this one will never be close. The Tennessee Oilers behind Marcus Mariota and John “The Steel Drivin’ Man” Henry won’t put up much of a fight with the Smash Mouth offense having them eat the eggs. The Chiefs will overcome starting -9 to win 31-20.

Evan Hoovler — Jeff has informed me my predictions aren’t useful, just because I don’t understand what a “line” is, or what a “spread” is for, or how “money” works. So for my 2018 wild card predictions, I brought in my consiglieri from Vegas: My Uncle Les…

DIAMOND Les, heah! They call me that because my picks are a diamond dozen! That’s right, you get 12 of my 2018 NFL wild card predictions for the low price of $0.10 each. Just call my exclusive hotline, we’ll put you right through to one of our experts’ prerecorded messages. But I’m not gonna just beg for your money like a prostitute whose Visa you managed to pickpocket. I’ll give you a taste of my real deal for free:

Kansas City or Tennessee, Hail to the Chiefs or clash of the Titans? Half the pundits will tell you one thing, half will tell you another. But I have analyzed every single one of the numbers, from one to one thousand, and I have found a shockingly unreported weakness for one of the teams. It turns out… Tennessee is not good! You heard it, I’m picking Kansas City to win, 27-17.

Waleed Ismail —  Unlike the AFC, the NFC games for wild card weekend have a lot going for them.  Atlanta has had to be a little bit lucky and a lot bit good to get to into the playoffs.  They have also looked like a much better football team the second half of the season.  Unfortunately for them, they are playing a Los Angeles Rams team that has been electric on offense.  Add in a Wade Phillips coached defense, and the Rams are a very interesting sleeper to make it out of the NFC.  That is why I’m picking the Rams to win 28-21

Jeffrey Hilario — Wow, there are NFL teams in L.A.? Uhm. Hold on. The Rams? Wait… Jeff Fisher made the playoffs? Wow, okay. Alright, so the spread on this one is -6.5. Now that doesn’t even make a lick of sense, how do you score half a point? As far as I know, you can’t score half a point in a game. I think they mean 7 points? You round, so I guess that’s how that works. Anyway L.A. teams are amazing (whatup Lonzo!), and Atlanta blew that 28-3 lead. That tells me this one will be a joke game and Jeff Fisher will be home early… 35-17.

Diamond Les —  We got a classic air raid battle goin’ on here, reminds me of when I flew planes for the military. And, just like ‘Nam, this one is going to be a bloodbath that will cause all participants to wake up screaming and clutching at their phantom limbs. Based on this inside insight, the Rams are going to coast to a 28-24 victory, or my name isn’t Diamond Les Spiderman. That’s right, my last name is Spiderman… I’m not a superhero, I’m just Jewish.

Jeffrey Hilario — The Bills haven’t made the playoffs since Bill Clinton was President. Borkles will hand the ball off to Leonard Nettes IV enough to stay out of the way and let their defense crush the Buffalos. I don’t know anyone on the Bills… but that QB is familiar. E.J. Manuel, right? Bill Clinton won his second election 31 states to 19, which sounds like a good score to call for this one.

Diamond Les Spiderman — This is a trying match for the Jacksonville Just-a-Guys. They’ll cruise past their first test against the woeful Bills, but will they beat the 8.5 point spread? I predict Jax will get an early lead and then commit to the running game ridiculously too soon. This will allow the Bills to slide back into the game in time to miss a heartbreaking field goal. 2018 NFL wild card predictions: Jacksonville 20, Buffalo 17

Waleed Ismail — New Orleans vs. Carolina is, without a doubt, the game of the week.  Perhaps the hardest game for us to make 2018 NFL wild card predictions. On the one hand, the Carolina Panthers have been a team that is difficult to read.  When they are on, they look like one of the best teams in football.  But sometimes, they just look inexplicably bad.  On the other hand, you have my favorite team to watch this season – the New Orleans Saints.  The New Orleans offense has been a sight to behold.  I think a very strong case could be made for Drew Brees being the MVP of the league this year, and I even wrote at length about how underrated he has been.   This should end up being a great game, but I just can’t imagine Carolina beating the Saints at home.  New Orleans wins this game 23-20.

Jeffrey Hilario — Oh man, is this one in New Orleans? One time I went down to New Orleans and that place was legit. We went down to Bourbon Street and got absolutely smashed on hurricanes and hand grenades. Then I had like 25 oysters. Delicious stuff. Drew Brees is gonna throw hurricanes and hand grenades all over the Carolina defense to roll up 25 points. This’ll be the best game of the week, and I’m excited to see Cam Newton in a full-on Assassin’s Creed outfit after the game. 25-24 Saints.

Diamond Les Spiderman — We’ve all watched Sean Payton long enough to know one thing: Dude is obsessed with prime numbers. As such, I’m expecting a final score that’s something like 17-13 or 37-233. But what happens if Sean’s team scores a quick field goal, then starts driving down the field? Is he going to kick another field goal to make the score 6? A TD for 9? Those aren’t prime numbers. Payton will obviously attempt to fumble the ball near their opponent’s goal line, hoping they will get a safety to place their score at 5. Then, they could go for a touchdown later to reach a safe 11, pending the obvious two-point conversion. Final score: New Orleans 11, Carolina 7.

Want to get my whole slate of 2018 NFL wild card predictions? Whether you are a full-time addict or just getting introduced to the fun of gambling, my hotline will never do you wrong. Just call 1-900-MIXALOT, and remember my slogan: They ran out of phone numbers, so they are recycling them from the 1990s.

9 Fascinating Facts about the 2018 NFL Playoffs