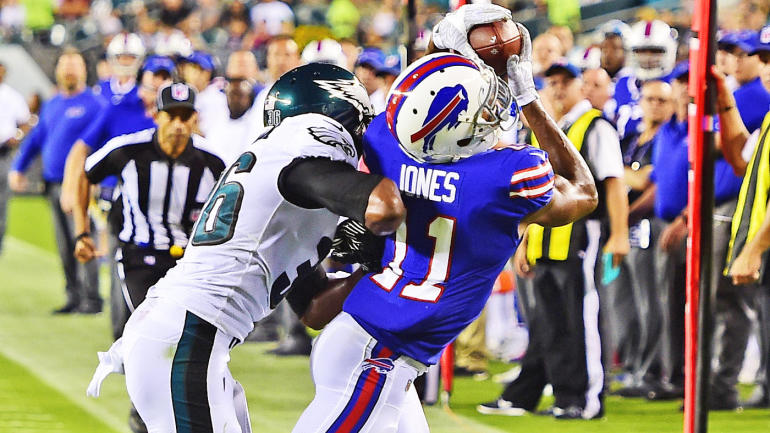 Zay Jones – Owned in 14% of leagues – Over his last three starts, Zay Jones has started to show signs about why he was a preseason darling.  In that span, he has 13 catches for 154 yards and 2 touchdowns.  I also like his chances of increasing his productivity moving forward, with a very soft defensive schedule down the stretch.  While I would not burn my waiver position on him, I would consider picking him up as a free agent once he clears waivers.

Corey Coleman – Owned in 40% of leagues –Since coming back from Injured Reserve two weeks ago, Corey Coleman has been targeted nineteen times.  Coleman might be the best receiving option available on the waiver wire.  He is the best receiver on a Cleveland Browns team that is always going to be playing from behind.  He is a prime candidate for garbage-time points.  Personally, I think he is a must-own for the rest of the season.