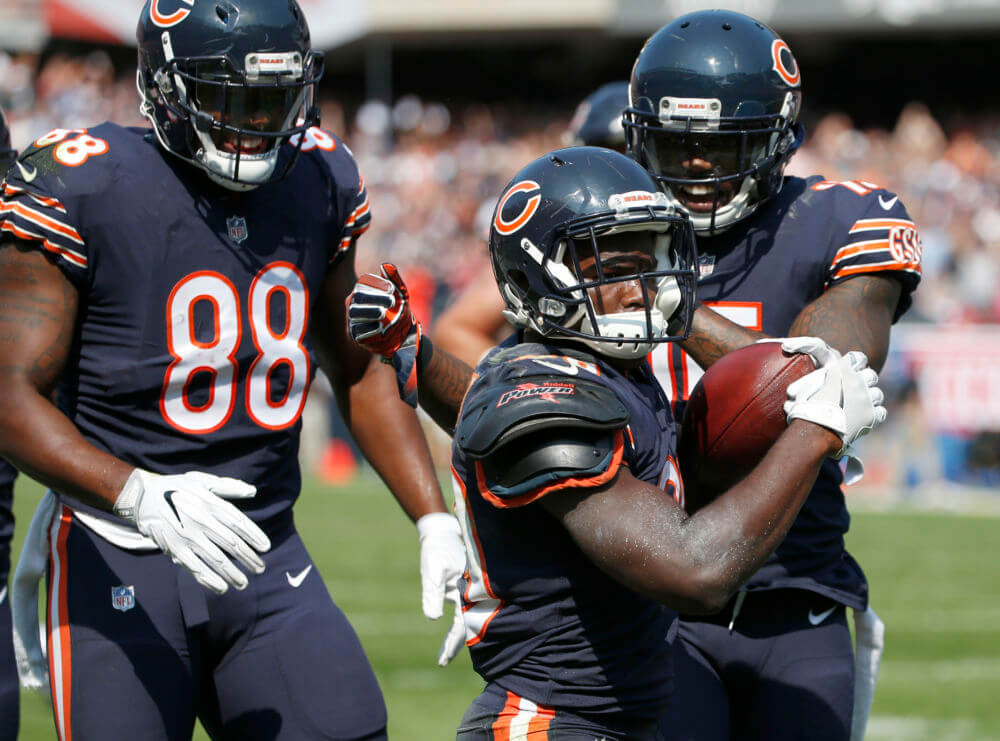 This week my co-worker, Jeff Krisko, suggested that you should start Carlos Hyde this week against the dumpster-fire that is the New York Giants.  In our week ten running back sit or start counterpoint, I am going to do nothing but whole-heartedly agree with him.  As I mentioned in my quarterback counterpoint, I said that I think the 49ers are going to win this week.  I think Carlos Hyde will be a big part of that.  But this week, you should start Tarik Cohen.

First off, the matchup for Carlos Hyde is very favorable.  The New York Giants give up the 8th most fantasy points to running backs in standard scoring leagues.  They have given up the 9th most rushing attempts and 9th most yards to running backs.  I’m saying that if you are a running back playing the Giants, you are going to get a lot of opportunities.  So of course you should be starting Carlos Hyde.

But as much as I like Carlos Hyde this week, there is a matchup that I like more.  He was a fantasy darling at the start of the season, but weeks wasting away on the Chicago Bears roster has left him less than desirable.  This week, you should start Tarik Cohen.

This week, Tarik Cohen is going to matchup against a Green Bay team that is in complete disarray.  Since Aaron Rodgers has been gone, the Packers have been struggling to keep their offense on the field.  In their last two games, they’ve only managed to stay on the field for 23 minutes.  This week, they will be playing a Chicago Bears defense that has been dominating opponents over the last few weeks.

The Chicago Bears running game is going to be facing an exhausted defense, which is exactly why Tarik Cohen is a smart play.  To date, the Green Bay Packers have given up the 4th most fantasy points to running backs in standard scoring leagues.  The Bears only have running backs to attack the Packers defense, so there should be a heavy dose of Jordan Howard and Tarik Cohen.

If you have your heart set on starting Carlos Hyde, then you need to follow your heart.  This might be one of the few times this year I won’t call your heart a liar.  Hyde has one of the best matchup’s this week  All I am saying is that Tarik Cohen is a very underrated start this week.  He is coming off a bye week and the Bears are desperate to get their playmakers going.  This week, it would be very smart to start Tarik Cohen.