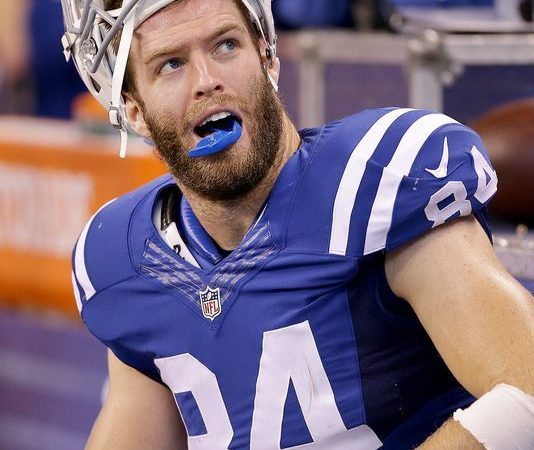 Fantasy Football: Week Nine Waiver Wire Tight Ends aka The One That Almost Got Away!

We are eight weeks into the football season and I am reminded of the adage that rules are made to be broken.  For the first time this year, I am going to tell you that there is a tight end on the waiver wire and I am going to tell you that you should put in a waiver claim to get him.  But Waleed, you told us tight ends are bad.  Why should this tight end be any different?  Great question, Football Absurdity reader.  So let us take a look at the waiver wire tight end who is worth rostering at all costs.  I’ll even offer up a couple of options that you will regret later if you do burn your waiver priority on them.

Jack Doyle – Owned in 49% of leagues – Over the last four weeks, Jack Doyle has become the number one receiving target for the Indianapolis Colts. Over that time span, he has 25 catches for 215 yards and 2 touchdowns.  Over that time span, no tight end in football has more targets or more receptions.  Do you know what is the craziest thing of all?  He only played in three of those games.  With that level of production, Jack Doyle is a sit and start TE1.  If you don’t own a top flight tight end, you should absolutely target Jack Doyle.

Austin Hooper – Owned in 47% of leagues. – I should preface this by saying that I am higher on Austin Hooper than most.  My gut tells me that he is going to break out at any moment.  So when he caught 5 passes for 57 yards and 1 touchdown this week, it is easy for me to believe that things are finally happening for him.  The problem is that the numbers this season don’t really bear this out.  He has only been targeted two times or less in four games this season.  So it is very hard to trust that his production or usage will be consistent going forward.  If you need help at tight end, Austin Hooper is definitely worth considering – he’s just not worth burning your waiver priority on.

Tyler Kroft – Owned in 48% of leagues – Last week, I denigrated the good name of Tyler Kroft when I pointed him out as a waiver wire tight end option.  This week, I feel the need to apologize.  While Kroft only had 5 catches for 46 yards this week, he has been a steady hand at the very volatile tight end spot.  While I will never advocate burning your waiver wire priority on a tight end, I do think he is a solid option to roster on your team moving forward.