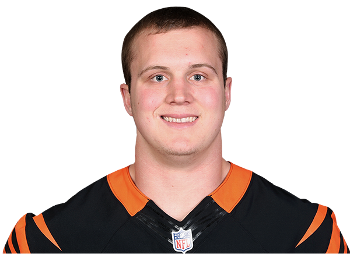 Fantasy Football: Week Eight Waiver Wire Tight End aka Why Tight Ends? Because You Hate Yourself, That’s Why!

We are seven weeks into the football season and much to the surprise of nobody, the elusive waiver wire tight end is still worthless.  But for some reason, I keep writing about them.  Why?  Because I hate myself almost as much as I hate all of the options for waiver wire tight ends.  Yeah, occasionally, they could provide a streaming option.  They might even get you a garbage time touchdown.  But in the end, all you will really have is heartache.  Because there are only three or four tight ends that are worth a damn every year in fantasy football.  But if you are reading this, odds are you weren’t lucky enough to have a good tight end.  So here is a list of waiver wire tight ends you should absolutely not burn your waiver priority on.

O.J. Howard – Owned in 13% of leagues – In week seven, O.J. Howard had 6 catches for 98 yards and 2 touchdowns.  And in week six he had 1 catch for 15 yards, which seems pretty terrible.  But it is actually pretty good compared to the 0 catches and 0 yards he had in week five.  So maybe, just maybe, you shouldn’t burn your waiver priority on O.J. Howard.

Jared Cook – Owned in 40% of leagues. – Jared Cook had 6 catches for 60 yards and 1 touchdown in week seven.  Those numbers might make him seem appealing.  I’m directing this message to the fantasy football players who have never owned Jared Cook, because I don’t need to tell a former Jared Cook owner not to pick him up. They already know he’s bad at football.  But some of you might look at his stat-line and convince yourself he isn’t absolute garbage.  All I can say is that it is okay to lie to yourself.  We all do it.  Just try telling yourself a more believable lie than Jared Cook is good at football.  You still have to be able to look yourself in the mirror.

Tyler Kroft – Owned in 15% of leagues – If I could describe Tyler Kroft in one word, that word would be… meh.  4 catches for 23 yards and 1 touchdown in week seven is what you expect from a waiver wire tight end.  Kroft is like a girlfriend you keep around because you are afraid of dying alone.  You like him, but do you want to spend the rest of your fantasy football life with him?  Only if you are willing to give up on your fantasy football season right now.  And if you are burning your waiver wire position on a tight end, that is exactly what you are doing.  Don’t settle for good enough.  Don’t settle for Tyler Kroft.