I had a mega-celebrity lined up to live blog and watch NFL Week 8 Live Reactions.  However, a certain orange-and-black-striped tiger named for a famous philosopher landed in jail on kidnapping charges, so here I am. Also, check out last week’s live reactions by Dr. Manhattan.

7:36 AM: I’m in a byenado match in my BML, my opponent and I have ten total starters on bye. That is why I am starting Lactavius Murray this morning.

7:37 AM: One of the pains of having Murray is watching Minnesota run. If it’s a long run, hoping against hope that it was Murray and not McKinnon. If it’s stuffed, hoping it’s McKinnon.

7:38 AM: Stat check: Murray has 8 carries to McKinnon’s 4. I feel elated. Murray has only 20 yards. I put whiskey in my Mrs. Butterworth’s and got drunk with her over pancakes.

7:40 AM: They’ve officially “hot-handed” it to McKinnon. In anger, I smash Mrs. Butterworth’s face against the wall.

7:48 AM: Through a syrupy haze of tears and syrup, I notice that I started Crowell in a league. Good job being far too busy/alcoholic to change guys out of my lineup.

7:50 AM: DeShone Kizer slips through the defensive line, like the Nazi forces slipping through the forests into France, for a 1 yard touchdown.

7:52 AM: I just noticed that I forgot to make the Kizer/Kaiser pun I had intended, so it looks like my last post just brings in Nazis for no real reason.

8:40 AM: Yes! Lactavius catches an 8 yard pass! I can post something, finally, from this boring game.

8:46 AM: Goal line carry! He’s in! As the guys get off the pile, I hope against hope that Lactavius is on the bottom. It is not. It is McKinnon. I think back to last year, when I got McKinnon in literally all of my redraft leages. The void begins to stare back at me.

9:07 AM: Okay, okay, Minnesota is up by two touchdowns. I can rationalize this and relate it to my universe. They’ll probably give all the carries to Murray now to run out the clock. I have something to live for.

9:11 AM: Lactavius for 8 yards! It begins! Rays of sunshine shoot down from clouds like lasers thrown by Derek Carr!

9:12 AM: Lactavius for negative three yards. I calmly and rationally remove my shoelaces.

10:08 AM: Time for an onslaught of football madness. I have a beer bet with my New York friend on the outcome of the Raiders-Bills game, so that’s what I’ll be keeping an eye on with the hopes and dreams of millions of yeast cells.

10:10 AM: Alvin Kamara’s coming up. Could the New Orleans backfield support two fantasy starters? The answer is a most-definitive “probably”

10:10 AM: Will Lutz’ extra point reminds me that I had a friend named Steve Lutz. His business emails would always be like “slutz@informativesystemsolutions.com”

10:16 AM: Also watching for any and all news from my super-sleeper: Zay Jones. Update: His team has not had the ball, yet.

10:22 AM: Zay Jones two catches in the opening four plays. I’m just going to extrapolate this for an entire game and turn off my TV for the day

Someone saw Calvin Johnson on a flight to Philadelphia. Fantasy world is overreacting hilariously.

10:56 AM: “Beth-urt” is a stupid pronunciation for a guy named Beathard. Have you heard of this great band that hung out with Frank Zappa? They’re called Captain Beffurt.

11:27 AM: At halftime, Mitch Trubisky has more pass attempts than Drew Brees

12:05 PM: Tyrod Taylor threw it to Zay Jones who, in a shocking decision, decided not to catch the ball.

12:44: Saints crowd seems to be cheering on Trubisky. Conspiracy? Might seem far-fetched until you consider this: NoLa’s own Fats Domino passed away this week.

1:06 PM: Mind blown. I lost the Raiders-Bills sixpack bet. But for some reason the guy I bet thought it was whomever wins the bet buys. I had to explain gambling to him.

1:12 PM: 60-yard TD to a wide open Wil Fuller V pulls me way ahead in BML. I now regret losing so much hair and sobriety over Lactavius Murray

2:16: Update from Dallas-Washington: Nothing has happened.

3:16 PM: “At least it’s not his head,” is what we say about a leg injury for Jordan Reed. Each Halloween, I name all my rotting Jack-O-Lanterns, “Jordan Reed” 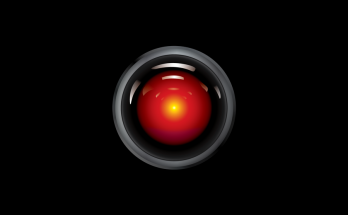 Watch NFL Week 9 Live Reactions – I Am a Computer Who Recently Acquired Sentience, and I Have Engineered the Perfect Fantasy Football Lineup