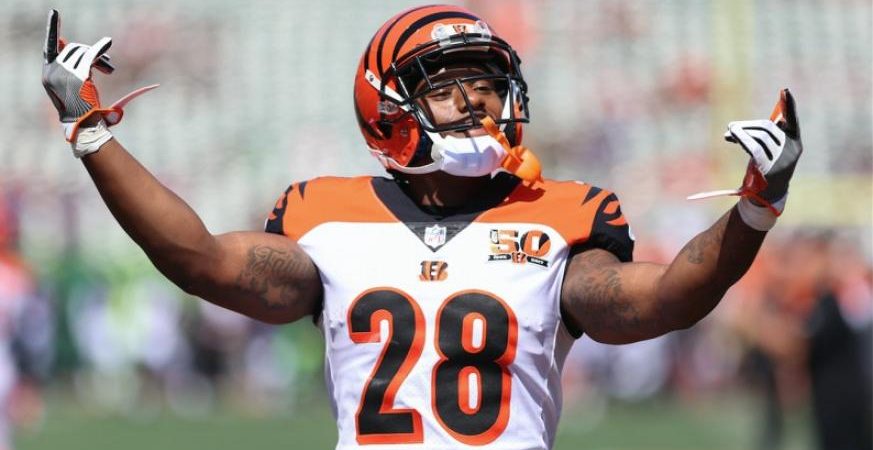 This week my co-worker, Jeff Krisko, suggested that starting Ameer Abdullah was the smart fantasy football play.  In our week eight running back sit or start counterpoint, I’d like to offer a different point of view on why starting Ameer Abdullah is a risky play this week.  I’m actually a big fan of Abdullah.  I’ve always liked him as a prospect.  I’m just not sure he is anything more than a desperation flex play this week.  If you are looking for a running back to start this week, you should start Joe Mixon.

First off, on paper the matchup Ameer Abdullah has against the Pittsburgh Steelers is very encouraging.  The Steelers have given up the 8th most fantasy points to running backs in standard scoring leagues.  But those numbers are padded by two games where Jacksonville and Chicago went Super Saiyan on the Steelers defense.  (Am I doing this Pokémon metaphor, right?)  In their other games this season, the Steelers have not allowed total 100 yards on the ground.  That sounds to me like a defense that is evolving.

Then there is Ameer Abdullah himself.  While I am a big fan of his, Abdullah has just been boring thus far into this season.  Ameer Abdullah is only averaging 68 total yards per game from scrimmage and he has just one touchdown on the season.  He does not appear to be a focal point of the Detroit Lions Red Zone offense.

While I understand why Ameer Abdullah seems like a solid start prospect for week eight, I just can’t get behind it.  There are too many question marks that have me worried about his chances.  It feels like there are too many things that can go wrong.  That is why this week I really want to start Joe Mixon.

You could make the argument that Joe Mixon has a lot of the same flaws as Ameer Abdullah, and you would be right.  He is only averaging 55 yards per game on the season and he also only has 1 touchdown this year.  The difference for me is that Mixon was always going to start the year off slow.  While he is the heir apparent in Cincinnati, he was also starting out in a timeshare with Giovanni Bernard and Jeremy Hill.

But as the season has progressed, he has slowly been taking snaps away from his competition. As he should have been all along, when he is clearly the most talented back on the Bengals.  Many people still consider him to be the most talented running back in a draft class that has started the 2017 NFL season as strongly as any running back class in recent memory.

If you want to start Ameer Abdullah, I don’t blame you.  While I have my concerns, I also recognize that he has the opportunity to have a really outstanding game.  While Pittsburgh has been mostly solid at stopping other teams on the ground, when the wheels come off for them, they come off spinning out of control and bursting into flames.  I just think he is very much a boom or bust prospect this week.  However, Mixon has a very exciting matchup that favors his skillset.  It feels like he has a higher floor with an equally high ceiling.  This week, you should start Joe Mixon.