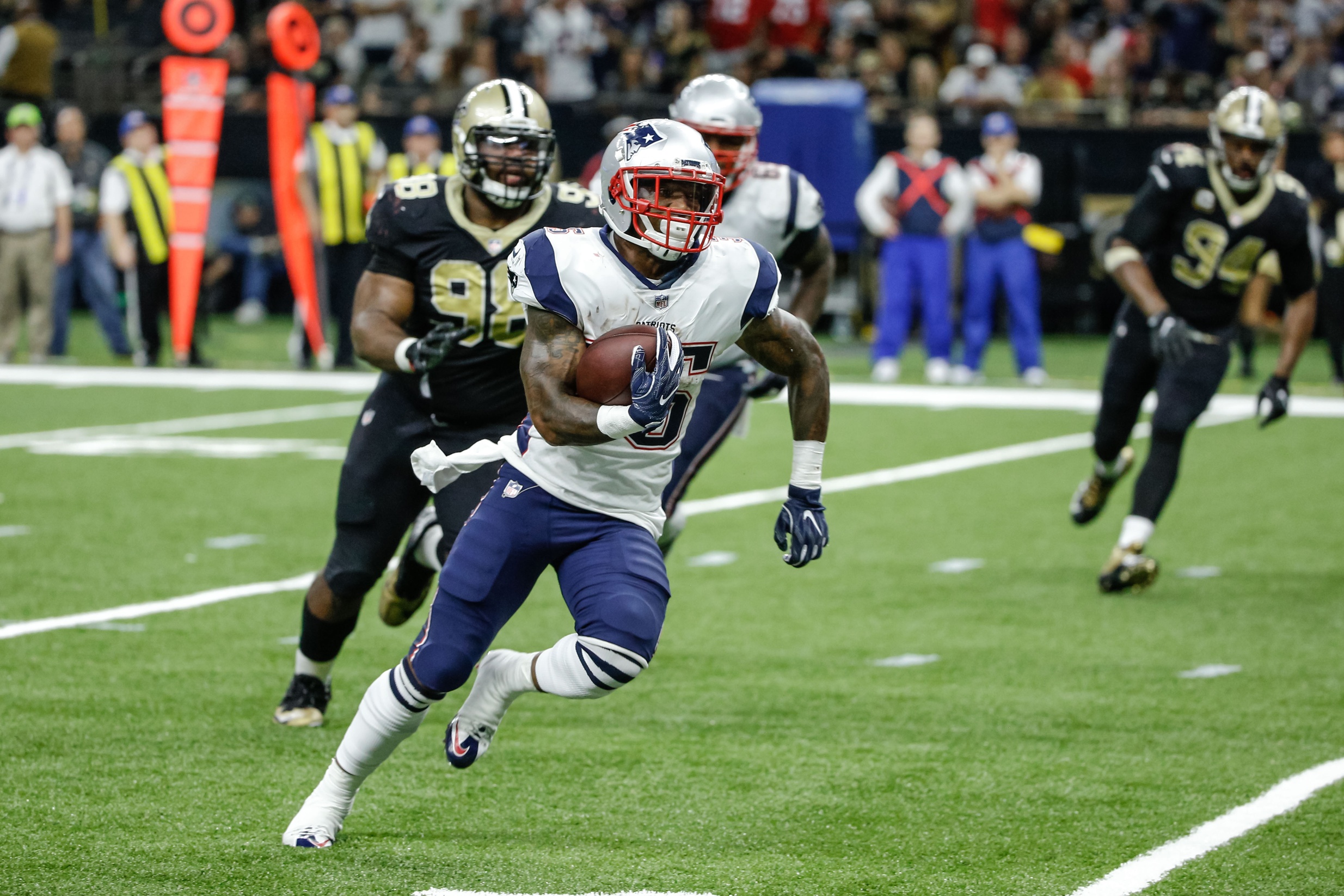 Mike Gillislee’s fantasy football owners have already had two very different seasons out of the Patriots running back. In the first couple weeks of the season, Gillislee had 33 carries for 114 yards and four touchdowns. He was set to get the LeGarrette Blount touchdown vulture role, and those who drafted him thought they had triumphed over potential Belichicanery. Then the next three weeks came, and Gillislee scored zero touchdowns, ran the ball twelve times a game and totaled just 132 yards over those three games. This week the Patriots take on the lowly Jets defense, but will it be enough for Gillislee to overcome his diminished workload?

To try to crack the nut on the Gillislee carries situation is fruitless. His situation never changed, only the production of the offense around him. Gillislee has 50% of their red zone carries, 50% of their ten zone carries and an eye-popping 85.7% of their carries within the five. It’s a clear formula for Gillislee. The Pats get the ball inside the five, and Gillislee punches it in for a score.  To further this, he has ten carries in red zone short yardage situations (three or fewer yards to go), and an equal number of goal-to-go carries. Gilly is their battering ram, and there’s no nut to crack with regards to his usage. Only the performance of the surrounding offense.

This weekend will be a feast for the Patriots offense as they take on the Jets. Tom Brady will have ten days rest and ten days to game plan against these Jets. These Jets are also astonishingly bad against running backs. Through five games, only Miami failed to tally a running back with double-digit fantasy points against them. The Bills and Raiders both had two backs pull it off. It’ll be a big day for the Patriots running backs, Gillislee included.

Owning Mike Gillislee has been an overwhelmingly frustrating experience. People forget the difficulties of owning LeGarrette Blount last year when he didn’t score. Gillislee will go through the same ups-and-downs but will have a good matchup this weekend. He’s best suited as a flex, but given the RBs that are missing this week, I wouldn’t look down on you if you had to throw him in as your RB2. He should get 40 yards and at least one touchdown this weekend.

One Comment on “Fantasy Football: Start or Sit Mike Gillislee in Week Six?”