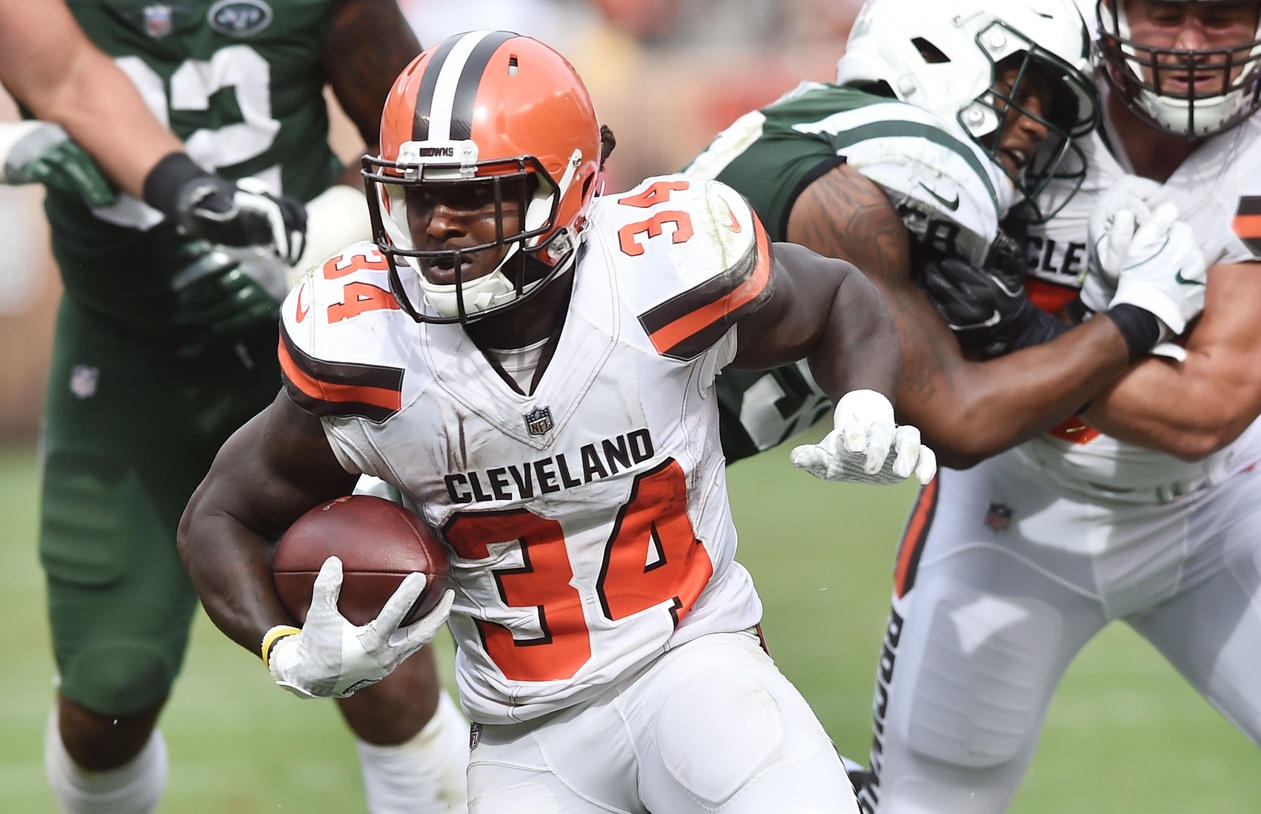 There probably isn’t a greater feeling of drafting the wrong fantasy football running back in the NFL than Isaiah Crowell & Duke Johnson. This offseason debates raged about whether Crowell was a fantasy-viable running back, relegating DJJ to an extreme afterthought. By the end of fantasy football draft season, Crowell was the 29th player off the board. Duke Johnson wasn’t even drafted within the top 40 running backs, if at all. The first five weeks of the season showed that split as fallacious as best, and disastrous at worst.

It isn’t like Crowell isn’t getting opportunities. He has just eight fewer rushes on the year than Devonta Freeman, for example. He also matches DeMarco Murray’s carry total. The problem is he does nothing with them, and he catches almost no passes. Crowell gets just about ten feet per carry, and has only 57 receiving yards on the year.

In comparison, Duke Johnson has only 39 touches (to Crowell’s 69), and DJJ has 344 yards compared to Crowell’s 251. Clearly, Duke Johnson is the more productive running back of the two. He’s part of the Christan McCaffrey-Andre Ellington-Alvin Kamara group of satellite backs hewn in Darren Sproles’ image. They’re quick and shifty but will snap in half if they get the ball between the tackles 20 times a game. DJJ is the #14 PPR running back on the year thanks to this satellite back status.

This week’s situation appears dire on paper, as Houston yields the ninth-fewest fantasy points to running backs on the year. That’s right up until T.J. Watt’s brother and Whitney “Merciless” Mercilus died for the year, decimating their defense. While the front softened up for Crowell, Baltimore, Pittsburgh, and Indianapolis all suck against the run and Crowell did nothing against them. Duke Johnson has feasted week in and week out and is a no-doubter in PPR and 0.5 PPR. In standard scoring, he’s a perfect flex as he has great upside without two All-Pro defenders trying to track him down at the line of scrimmage. Crowell has plenty of carries but is a desperation play at best.