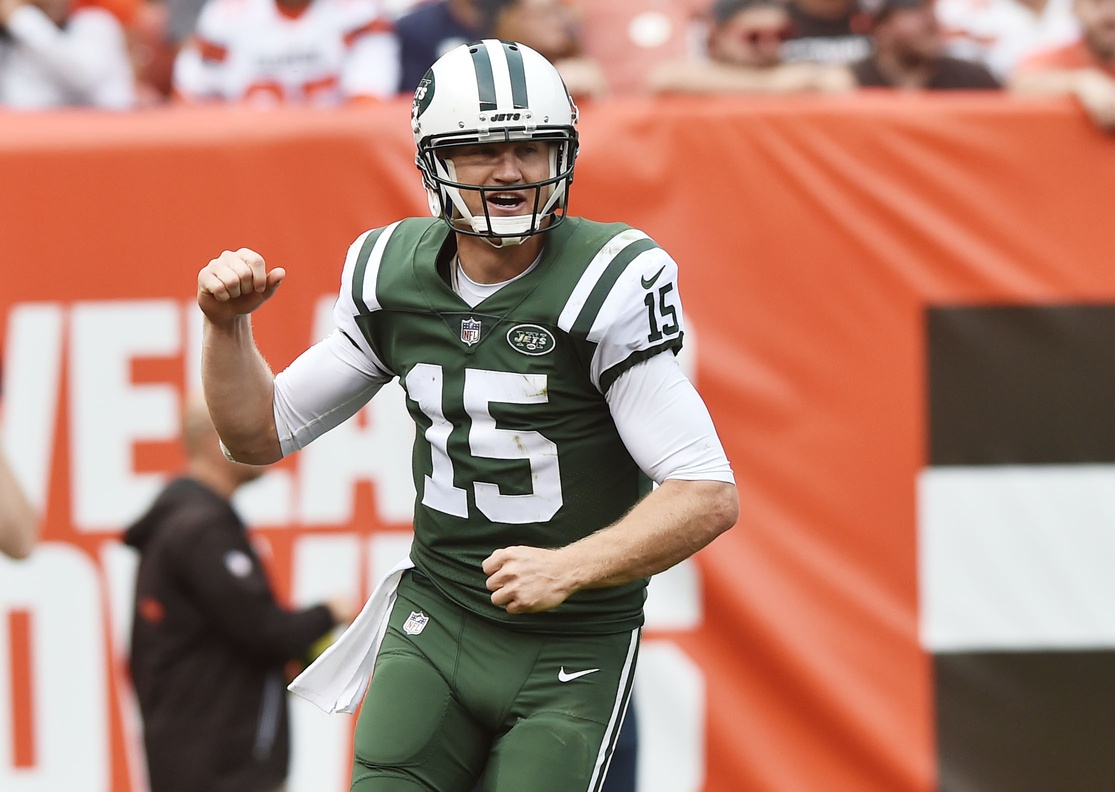 Jacoby Brissett at Tennessee (16% owned)
Don’t look now but the Patriots might have finally pulled off a successful “draft a QB & trade him for something” move. Except they traded him for Philip Dorsett, but hey, half credit. Brissett has been up-and-down as Indy’s starter. However, he put together 23.36 fantasy points per game in his last two good matchups. He hung 27.76 on Cleveland and 18.96 on San Francisco. This week he gets the Titans, who give up the third-most fantasy points to QBs, and had given up nine touchdowns in two games before Jay Cutler & the Don’t Care Express rolled into town.

Brian Hoyer at Washington (10% owned)
Hoyer, like Brissett, thrives on bad matchups. He has faced only two such matchups this year (Indianapolis and the Rams). In the weeks he played questionable defenses, he hunt 27.18 and 22.12 points on them, throwing for over 300 yards and two scores in both games. This week he takes on a Washington team that lost Josh Norman last week and got lit up by Alex Smith for over 27 fantasy points. On paper, they’re a bad matchup (16th against the pass), but losing Josh Norman will hurt.

Josh McCown versus New England (6% owned)
Name one time that betting against the New England defense worked. Okay name one time it worked last week. Alright, name one time it worked last week on Sunday. See? You can’t. The Patriots give up the most fantasy points to quarterbacks, and get burned so much with a humming offense that they shift to prevent just to make sure the other team doesn’t come storming back. McCown is set to get a lot of empty fantasy points, just don’t turn on the game until the fourth quarter.