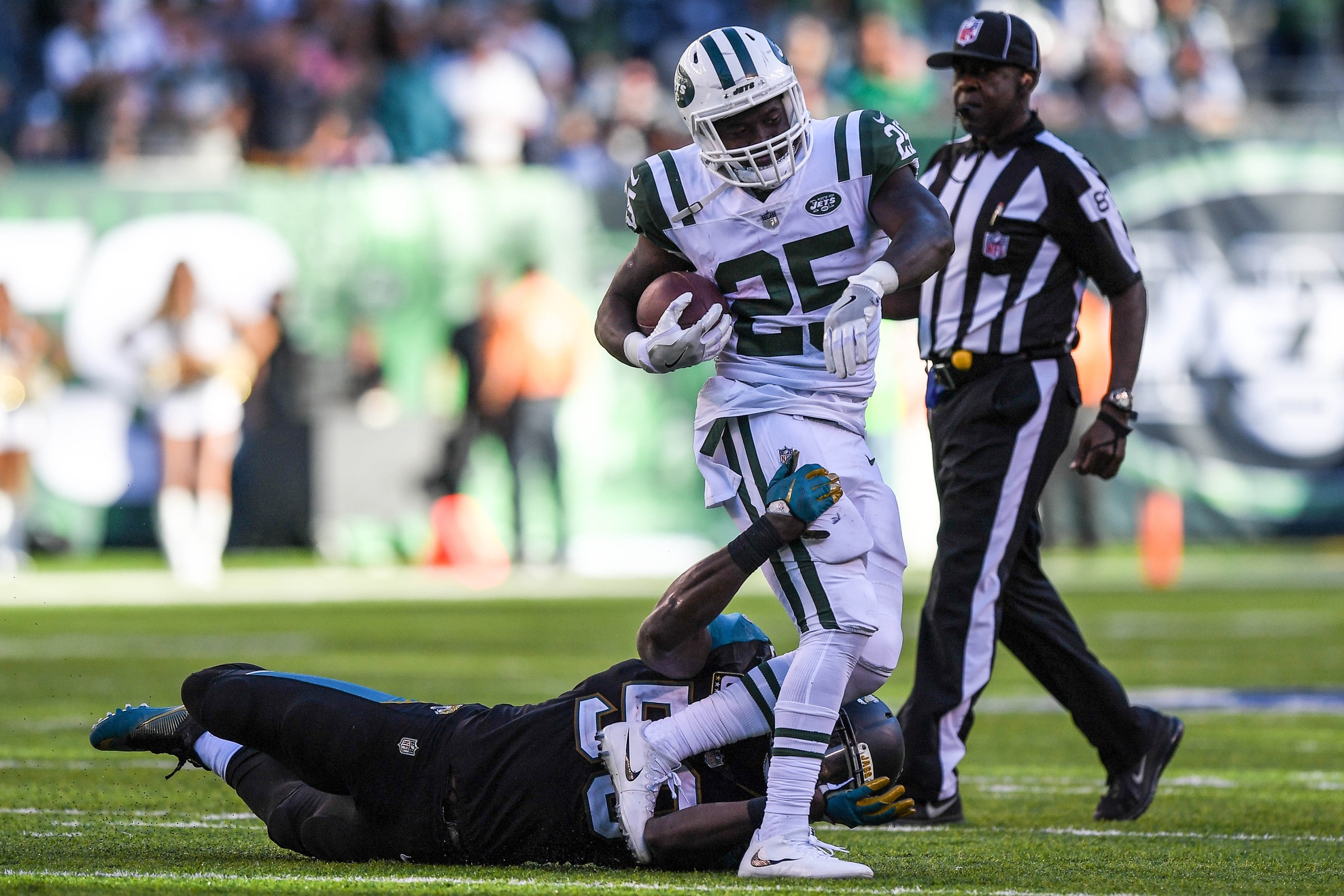 There’s been plenty of moving and shaking at the running back position recently. The mess in Seattle, the rise and fall of Tarik Cohen, the death of Dalvin Cook and the birth of Aaron Jones left some of us scrambling. There’s a reason we draft literally every single running back in the NFL at our fantasy football drafts, including everyone on the practice squads. That’s hyperbole, but not by much. Even if you invested highly in running backs, you might be left holding the bag this week. Four top-twenty RBs by ADP will be out, and four more you wish would be out. It’s a tough position to try to keep on your roster, but we’re here to help. Below are three streaming options available in at least two-thirds of Yahoo! leagues, with one player available in over 90% of Yahoo! leagues.

Elijah McGuire versus New England (31% owned)
Never has anyone risen higher faster due to the carnage around him since John Rico. Matt Forte and Bilal Powell predictably fell victim to the injury bug, leaving McGuire. There are rumblings that one or both of Powell & Forte could play Sunday. If they do, I am obviously rescinding my recommendation. As of writing this, however, neither are slated to play. The Pats give up the second-most fantasy points to running backs. While that’s obviously massively skewed by the 40.6 points Kareem Hunt dropped on them week one, backs against them manage low-end RB2 numbers. That’s not bad for someone you can pluck off the waiver wire.

Samaje Perine versus San Francisco (15% owned)
It’s looking less and less likely that Rob Kelley will play this weekend, which means a lot of Chris Thompson and Perine. Perine has been less-than-stellar in his limited work so far this season, but getting any number of carries against the 49ers rush defense is a recipe for high-level production. The Niners yield the fifth-most fantasy points to running backs, including six double-digit fantasy days in five weeks. Perine is the perfect one-week flier.

Dion Lewis at New York Jets (8% owned)
Lewis is the one most likely to end up as a hot waiver wire pickup after this weekend. McGuire already had his day in the sun and Perine is likely a one week wonder. Lewis looked really good last week against the Bucs in limited work. This week he gets a Jets team that gives up the fourth-most fantasy points to running backs. Sharing time won’t matter, either, as twice this season running back duos have posted double-digit fantasy point games in the same game.