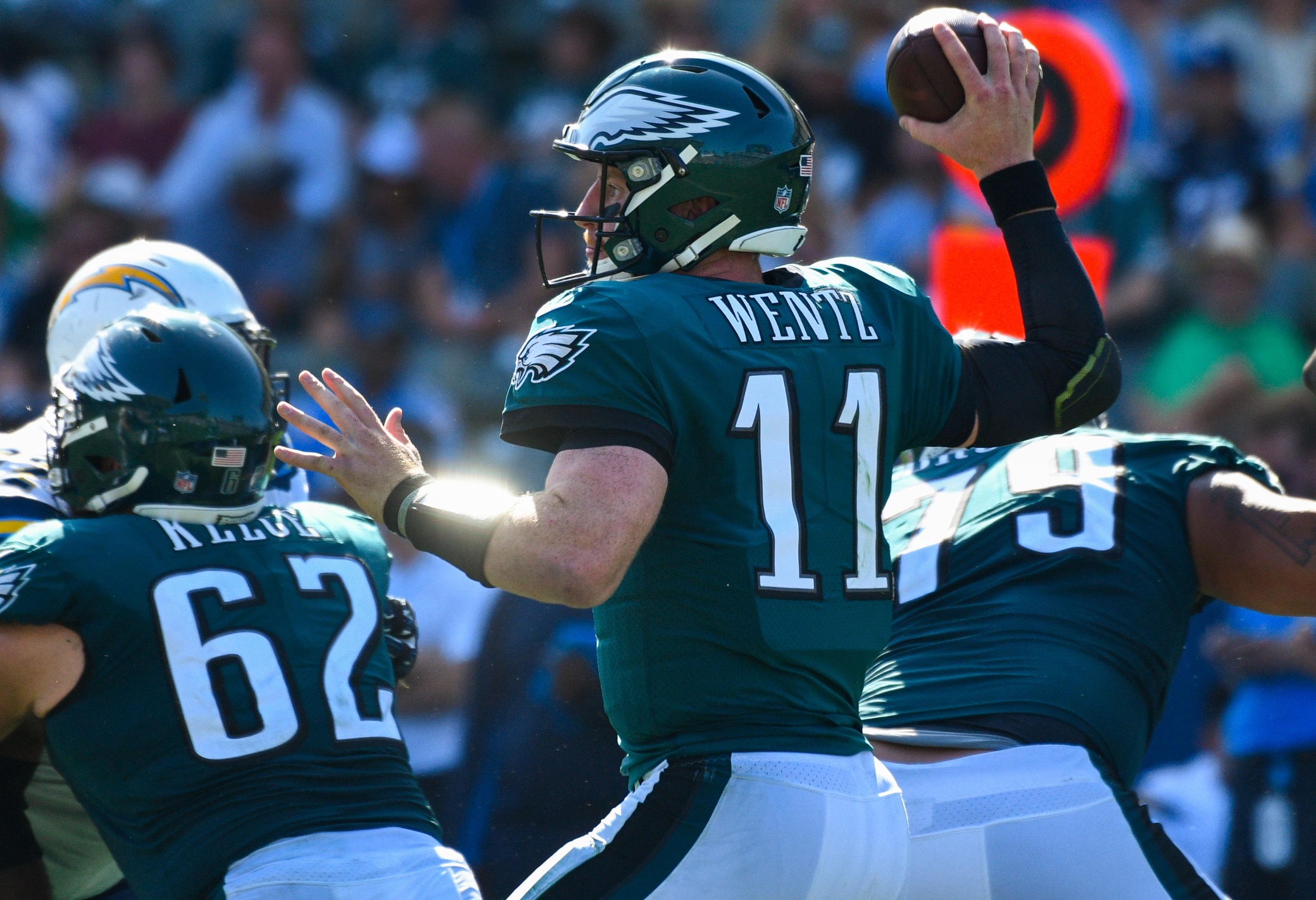 Carson Wentz started off extremely well each of the last two seasons in real life and in fantasy football. Through the first four games last season, he amassed 1,007 passing yards and a 7:1 TD:INT ratio. Through the first four games this season, he totaled 1,058 passing yards. However, he swapped a touchdown for an interception and ended up with a still-respectable 6:2 TD:INT ratio. That was all before last week when he sliced-and-diced the Arizona defense for 304 yards, four touchdowns, and a pick. This week he takes on a Carolina Panthers team that is in the top-ten in stopping opposing quarterbacks. Can he overcome the matchup to become a top-ten quarterback option for you this week?

First off, Wentz has provided an excellent floor for your fantasy team. The little bit of running that he does will supplement his passing yardage nicely. Wentz averages 13.1 fantasy points per game just with yardage, and that is one of the more constant indicators of future performance. His 108 rushing yards put him tied for eighth among quarterbacks, but his fantasy points from yardage is fourth. Only Deshaun Watson, Alex Smith and Tom Brady are ahead of him in their starts. This means his four-touchdown game last week, while a predictable blip on the radar, doesn’t mean he’s due for a huge downturn this week against the Panthers. He will at least provide a nice floor.

On paper, the Panthers appear to be a formidable opposing defense. However, much like Cam’s apology video, that rings hollow when you get beyond the surface. The only quarterback they’ve picked off this year is Brian Hoyer in week one. Three straight quarterbacks have thrown multiple touchdowns against them. The only mobile threat (like Wentz) they’ve faced this year (Tyrod Taylor) had 55 rushing yards against them. The only thing limiting fantasy production against them is low yardage totals, as only Tom Brady passed for more than 300 yards against the Panthers this year. However, seven touchdown passes allowed in three games does not bode well for their defensive prowess.

Carson Wentz has emerged from the backend fantasy football QB1s to be someone you could be okay starting week in and week out. He’s a smart quarterback who has plenty of weapons around him to succeed, and he is doing just that. His yardage shows that he won’t crater in your lineup, and the Panthers defense he takes on this week hasn’t picked off an opposing quarterback in over a month. While the Panthers matchup looks bad on paper, Carson Wentz is worth rolling out there this week in what is a good, solid matchup in reality.

One Comment on “Fantasy Football: Start or Sit Carson Wentz in Week Six?”