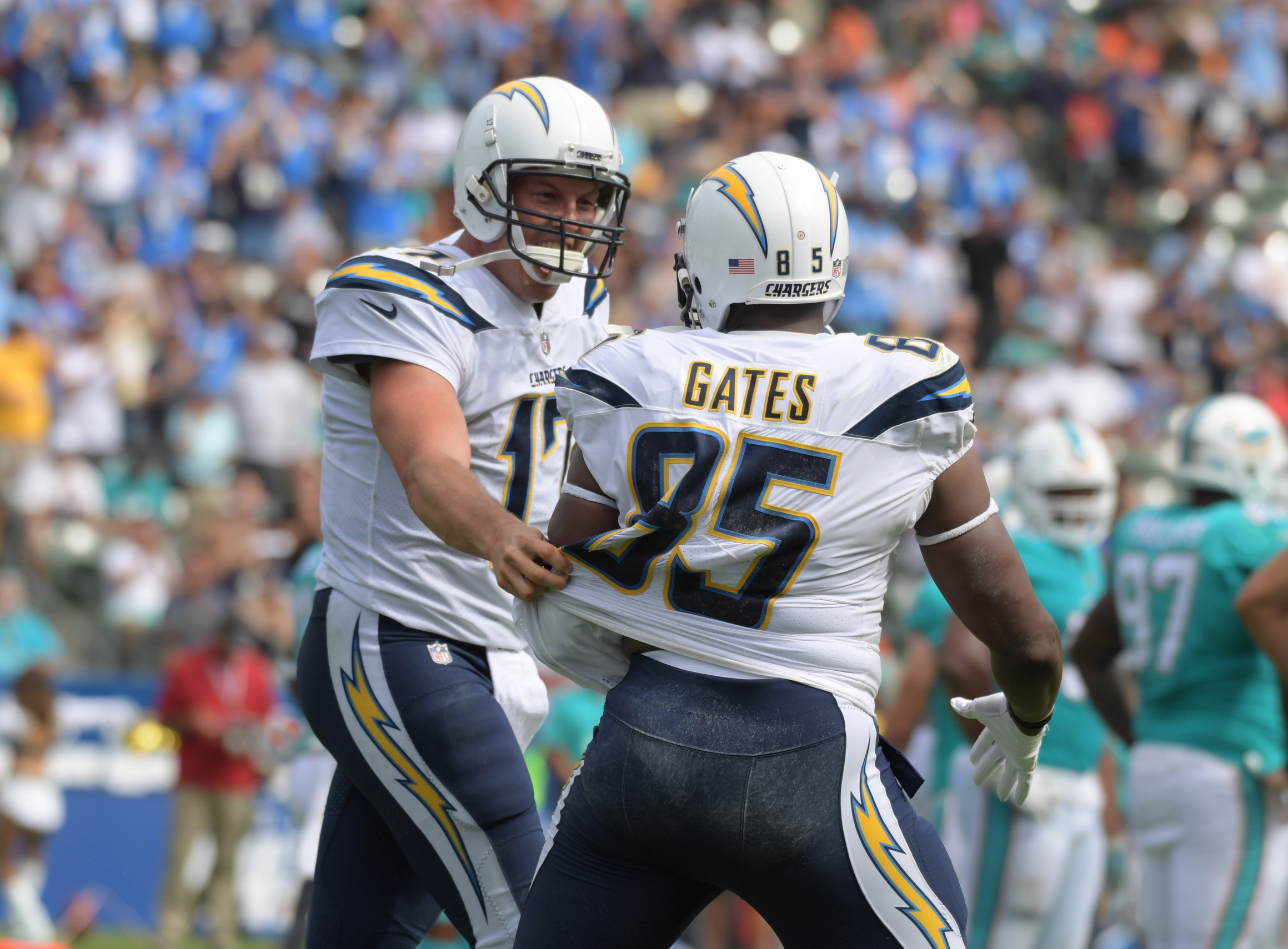 Antonio Gates at New York Giants (30% owned)
Old Man Gates keeps chugging right along and siphoning Hunter Henry targets with him. He has only 13.7 fantasy points this season, but he has ten targets in the last two games. That should be far more than enough against the Giants. On the season, five tight ends have at least nine fantasy points against them. They’re a dumpster fire at covering TEs, and Gates & Henry will feast.

Benjamin Watson at Oakland (22% owned)
Since getting just one target in week one, Watson has seventeen targets in three games, hauling in sixteen of them. While he went for just 43 yards last week, he notched a TD in week three and 91 yards in week two. He’s the only chance Joe Flacco has at any decent productivity. This week the Ravens take on the tenth-highest scoring team against tight ends. The astounding part about the Raiders’ ranking is that they rank #10 while allowing just 0.9 fantasy points to something called a “Neal Sterling” against the Jets.

Austin Sefarian-Jenkins at Cleveland (19% owned)
The world is catching up to my man crush on ASJ, and he’ll be atop fantasy football free agent lists next week. Since returning from suspension, Seferian-Jenkins has ten targets in two games. This accounts for a hair under 20% of Josh McCown’s attempts over the last two games. Now the Jets travel to Cleveland, where the Browns allow the second-most fantasy points per game to tight ends so far on the season. ASJ is their best weapon, and is a virtual lock for a touchdown this weekend, as the Browns gave up four touchdowns through their first four games.