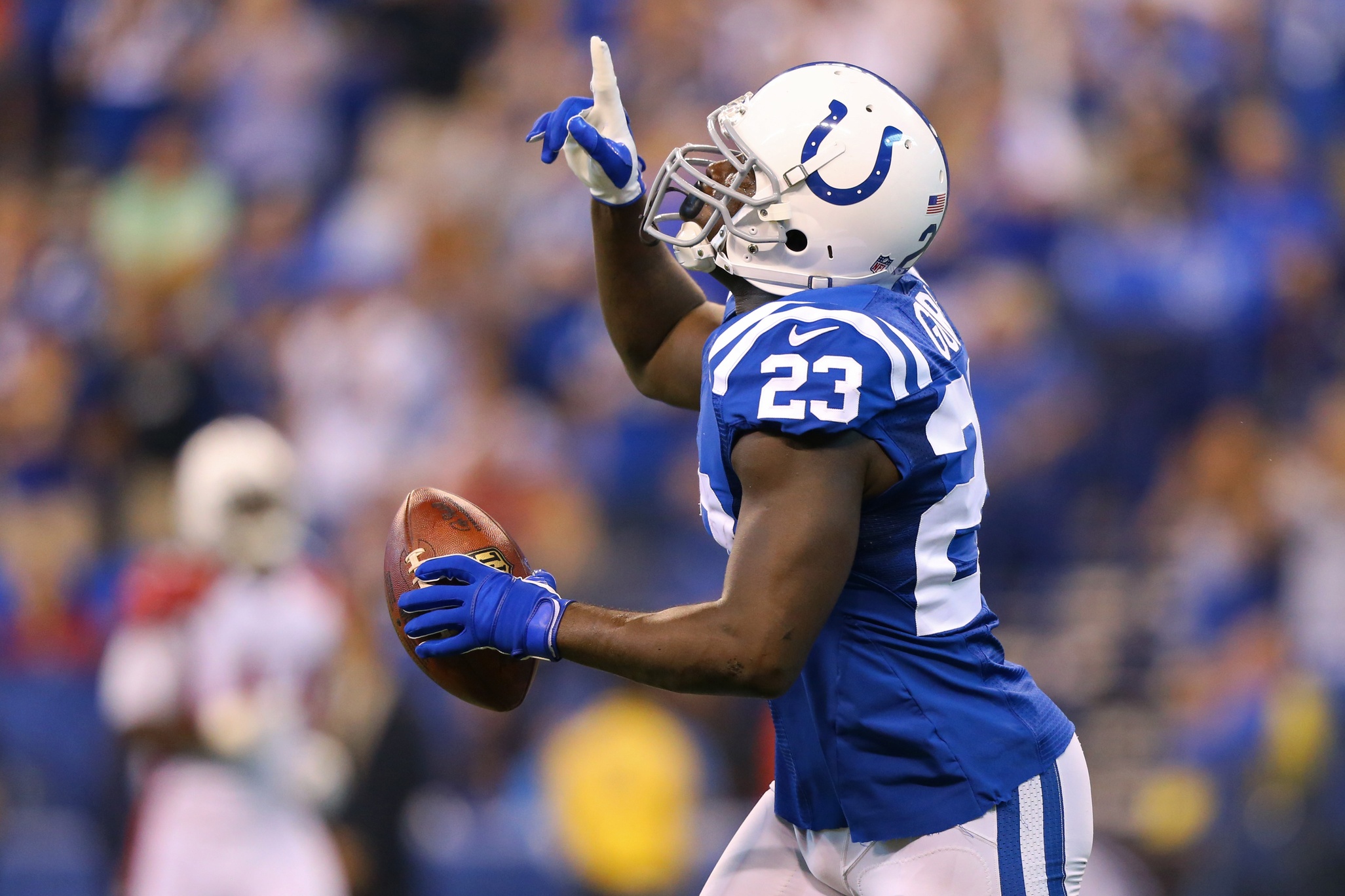 Frank Gore has had a rough go of it so far in 2017. Defenses know Jacoby Brissett can’t hurt them, so they’ve keyed in on Gore. He’s currently facing the prospect of his yards per carry dipping below 3.5 for the first time in his career. Turning 34 will do that to a man. The NFL’s #8 all-time leading rusher (who will make it to #7 on Sunday) will face his old team for the first time since he left them amid the Great San Francisco Collapse of 2014. While Gore isn’t the same player, is he in for a big fantasy football day in Indianapolis on Sunday?

First, let’s look at Gore this season. A quick tape study shows us he isn’t the same player he’s always been, he’s mostly just lost his agility, which was never a big part of his game. He still pushes the pile, he can still go through defenders and is still slippery and powerful and There are just holes that Frank Gore could bounce into in years past that his legs can no longer get him through. There’s no shame in that. The good news is that he’s still a good running back, just not transcendent. Most of his YPC issues stem from the line completely failing him and opposing defenses not respecting Jacoby Brissett. So this at least tells us that Frank Gore still somewhat has it.

What about the 49ers? They allow the seventh-most points to running backs this season. Granted, giving Todd Gurley 500 all-purpose yards and 25 touchdowns will boost you up the ranks. Gurley aside, they’ve given double-digit fantasy point days to running backs in every other game this year. They’re still very bad, but no longer historically terrible against running backs. They’ve allowed running backs to basically do whatever they want against them.

Frank Gore takes on his former team this weekend and does it on the precipice of an all-time milestone. While we can’t let narrative run wild, it’s not hard to squint and see Gore balling out. The 49ers are terrible at defending running backs, and he spent the vast majority of his Hall of Fame career there, so he’s likely to have some extra juice. Gore isn’t Gore, but he still has a lot of the traits that got him his 13,256 rushing yards, and he should get at least sixty more and a score on Sunday. He’s a backend RB2 but given a lot of the uncertainty that flared up, he’s a good floor player to plug in this week.