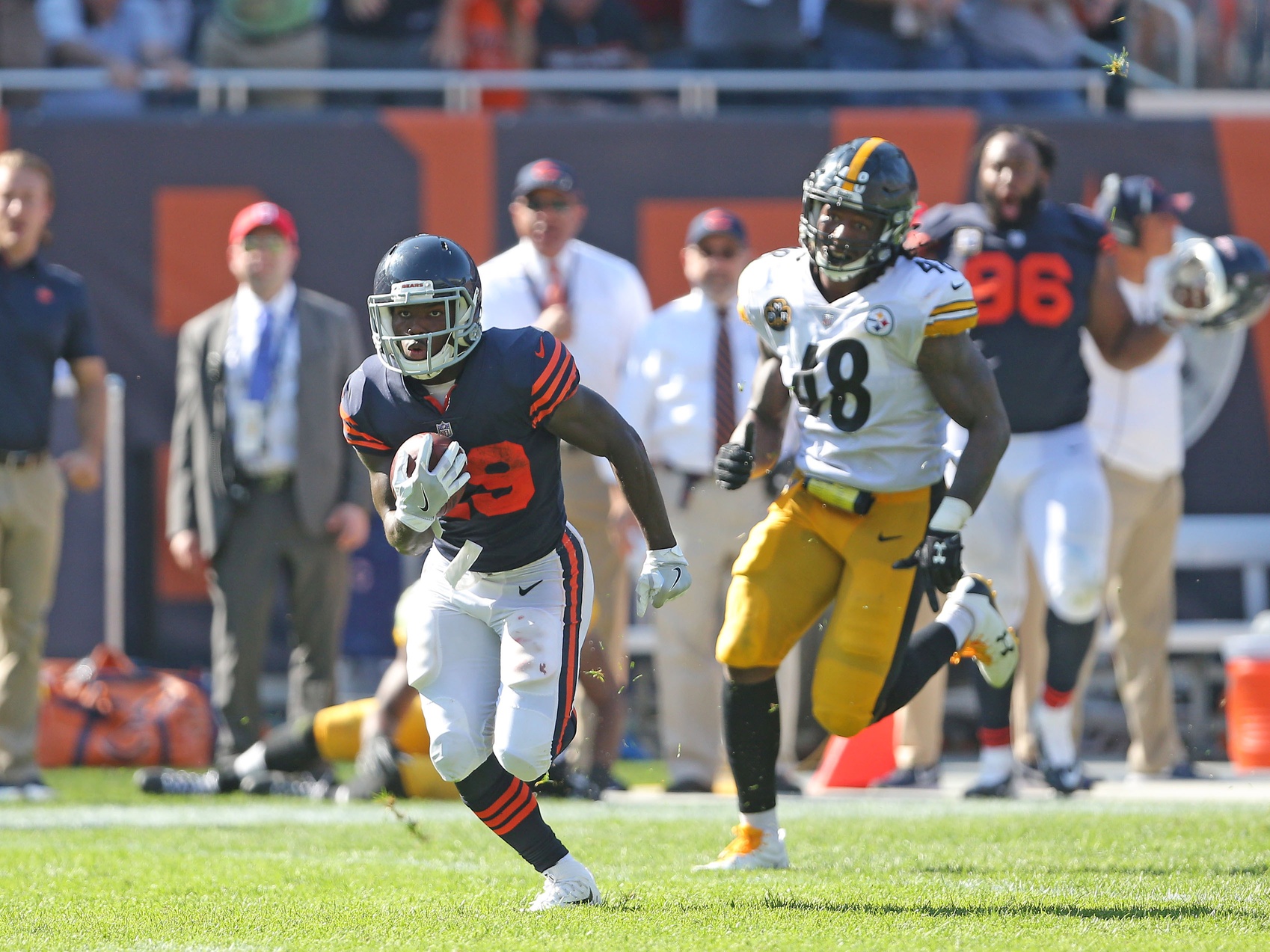 In week one, Tarik Cohen sent the fantasy football world into a tizzy. He promised to be a huge part of the Bears passing game going forward. The Bears lost almost all their outside pass catchers, so, in theory, he would turn to Cohen. Since that week one game, however, the Bears re-affirmed Jordan Howard’s role in the offense as the clear-cut top back. This weekend the Bears take on a division opponent in the Minnesota Vikings. Is there still enough in the offense to make Tarik Cohen a worthy fantasy football start Sunday?

First, there’s the issue of Cohen’s diminished role. After getting seventeen opportunities (targets + carries) in week one, he’s had sixteen, sixteen and ten opportunities. Last week’s opportunities showed as the result of the Packers shellacking the Bears. While Cohen lost 35 yards to two holding penalties, Jordan Howard outsnapped him nearly 2-1 (35-18). Cohen’s share of the offense shrunk demonstrably when things got frustrating for John Fox in week four. It told Cohen’s fantasy football owners something, as well: Cohen’s gamebreaking ability is unreliable until further notice. The Bears swapped Mike Glennon for Mitchell Trubisky, which means there will be more frustrating days ahead for Chicago.

Sunday will be one of those games, as the Bears host the Minnesota Vikings. This season, the Vikes yield 3.22 yards per carry, the fourth-lowest in the league. So what, Cohen catches passes, you say. Minnesota allows just the seventh-fewest yards per target, as well. Overall, the Vikings offense allows the fifth-fewest yards per opportunity to running backs. That does not bode well for Cohen in the short side of a platoon.

Cohen started the season as the first waiver wire wonder, but quickly faded to the background. Jordan Howard recovered his health, and his role in this offense. This week Cohen and the Bears host one of the hardest teams in the NFL to take on as a running back, and he does this after ceding a near two-to-one snap count to Jordan Howard last week. He can take any play to the house, but he may not get the opportunity this week. He’s an RB3 or in the mix as a flex play, but he’s not an advisable starter this week.