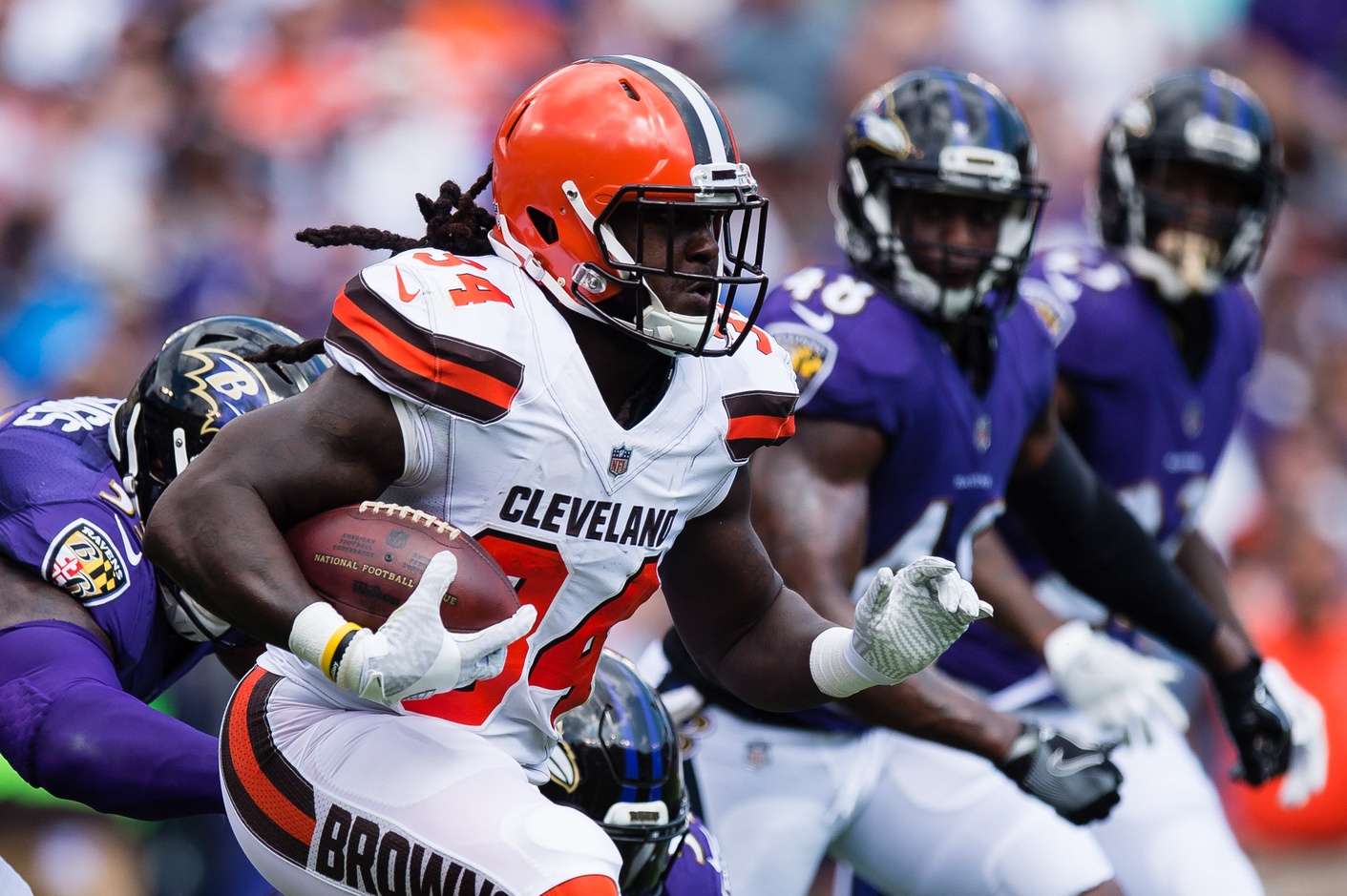 There wasn’t a mediocre running back debated more hotly this fantasy football offseason than Isaiah Crowell. There were two general camps when it came to the Browns’ back. The pro-Crowell camp touted his offensive line upgrades and his top-fifteen finish from last season. His detractors shaved off his longest run, invoked Duke Johnson, and stared, confused, imploring you to reconsider drafting a Brown.

So far this year, the confused implorers have taken the day. Crowell hasn’t topped fifty yards rushing yet, and he hasn’t surpassed 3.7 yards per carry in a single game. His only saving grace so far this season has been his nominal receiving yards. It saved him from being below five fantasy points in all three games this year (he only went under once). Unfortunately for Crowell, Duke Johnson had a miniature breakout last week, hauling in six-of-seven targets for 81 yards with 23 rushing yards. This will undoubtedly lead to a diminished role for Crowell moving forward.

Even without a diminished role, Crowell has already taken a production backseat to Duke Johnson. After Crowell dominated the opportunities week one, the split became nearly sixty-forty in favor of Crowell. Despite being on the short side of the platoon, Johnson out-produced Crowell by a massive margin, producing over two-thirds of the pair’s yardage. I’m not an NFL head coach, but I would give Duke Johnson more touches going forward.

Lower carries this week will end in disaster for Crowell as the Browns take on division rivals Cincinnati. The Bengals yield the sixth-fewest fantasy football points to the running back this season and haven’t yielded double-digit fantasy points to a running back since week one. That’s when Terrance West volume-played himself into 80 yards and a score.

Given that Isaiah Crowell’s touches are backsliding as he cedes opportunity to Duke Johnson, Crowell needs to break off a long run or score a touchdown to be fantasy relevant. This week, he takes on a Bengals team that has done an incredible job at limiting RB fantasy points. He’s on his way to taking a full-on backseat to Duke Johnson, and taking on the Bengals won’t help this week. I’m sitting Crowell everywhere. You’re hoping for a touchdown out of him to be of any value, and that is unlikely in week four.

One Comment on “Fantasy Football: Start or Sit Isaiah Crowell in Week Four?”