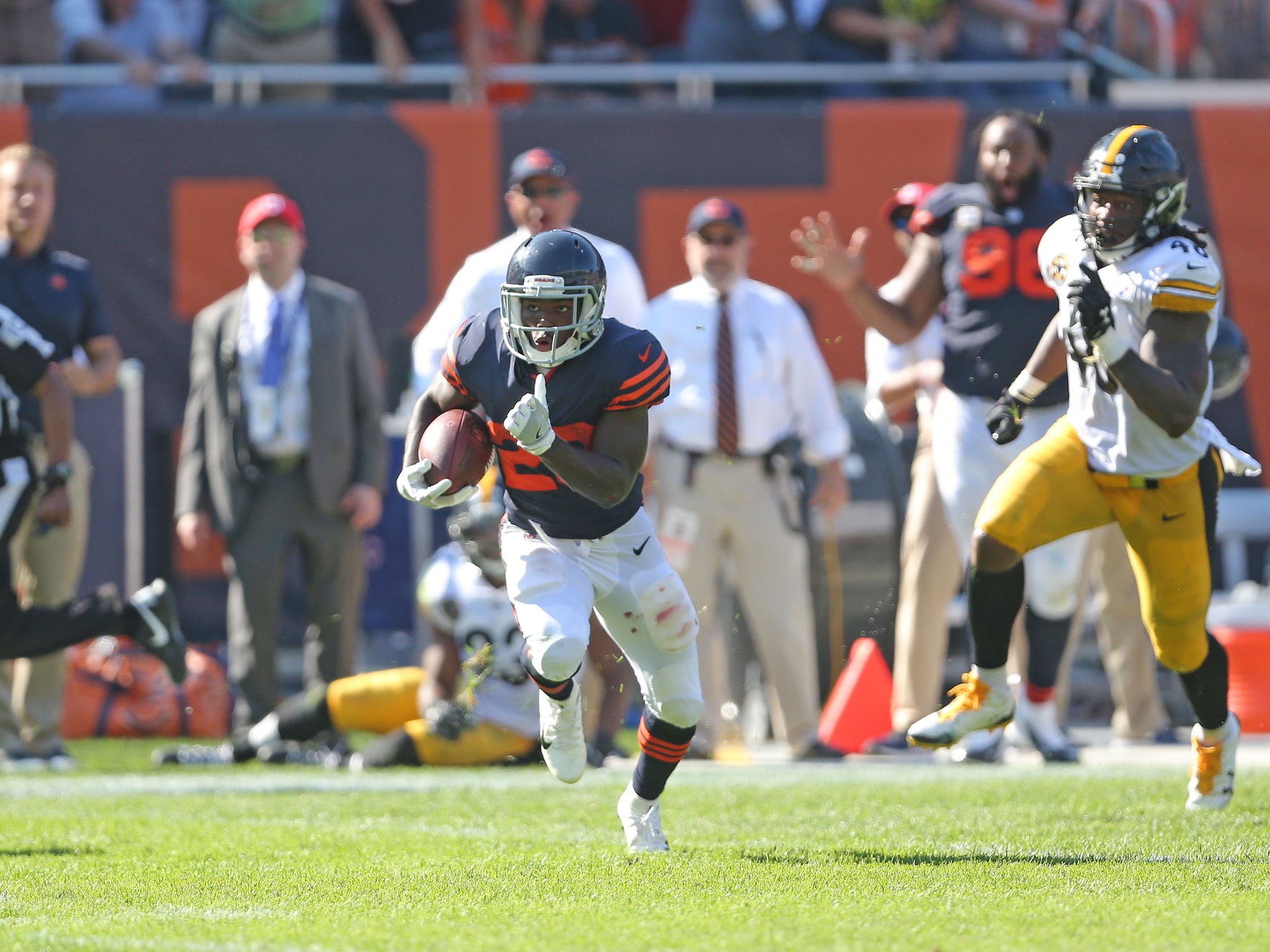 Tarik Cohen’s week one breakout performance provided the first free agent frenzy of the fantasy football season. Fantasy football owners emptied their FAAB and burned top waiver priorities on the rookie phenom after he torched Atlanta for 113 yards on 1seventen touches. The targets were the especially tasty part; this meant that he occupies a role separate from Jordan Howard, and provides an avenue for continued opportunity.

In week two, with the Bears’ WR corps consisting of Kendall Wright and the three jamokes who write for Football Absurdity, Cohen saw nine more targets in week two, catching eight. He had a “down game” because the stout Tampa Bay defense stuffed most of his runs. This gave him fewer rushing yards with more receiving yards, so a worse overall day despite performing better in his designated role. Then last week against the Steelers, he turned in 102 yards and a game-winning touchdown DARN GOOD RUN in overtime. He continued to show his impressive speed and wiggle (and allergy to contact). His most common comparison is Darren Sproles, and it’s extremely hard to argue.

This week he gets a Packers defense that allows the eighth-most fantasy points per game to running back. This figure is doubly encouraging for Cohen when you figure in their opponents. Week one was the cloudy, muddled Seattle Seahawks backfield. Since then, they came one Giovani Bernard yard away from allowing at least ten fantasy points to four backs. They almost gave up four double-digit fantasy days In two games. They did it with all kinds of backs; Devonta Freeman and Tevin Coleman together and Joe Mixon & Bernard together. Pass catchers, bowling balls, shifty dudes, they all crushed the Packers.

Given that Cohen came as a week one pickup, it’s likely you have a couple backs ahead of him. Despite this, his volume and owning his “The Human Joystick” nickname, he will likely break off a long one. Four different running backs torched the Packers over the last couple of weeks, and he and Jordan Howard will make it six in three. He should be slotted in as a flex everywhere you can, and as an RB2 in PPR league if you don’t have two top-fifteen plays. He has top-five upside in the week.

One Comment on “Fantasy Football: Start or Sit Tarik Cohen in Week Four?”