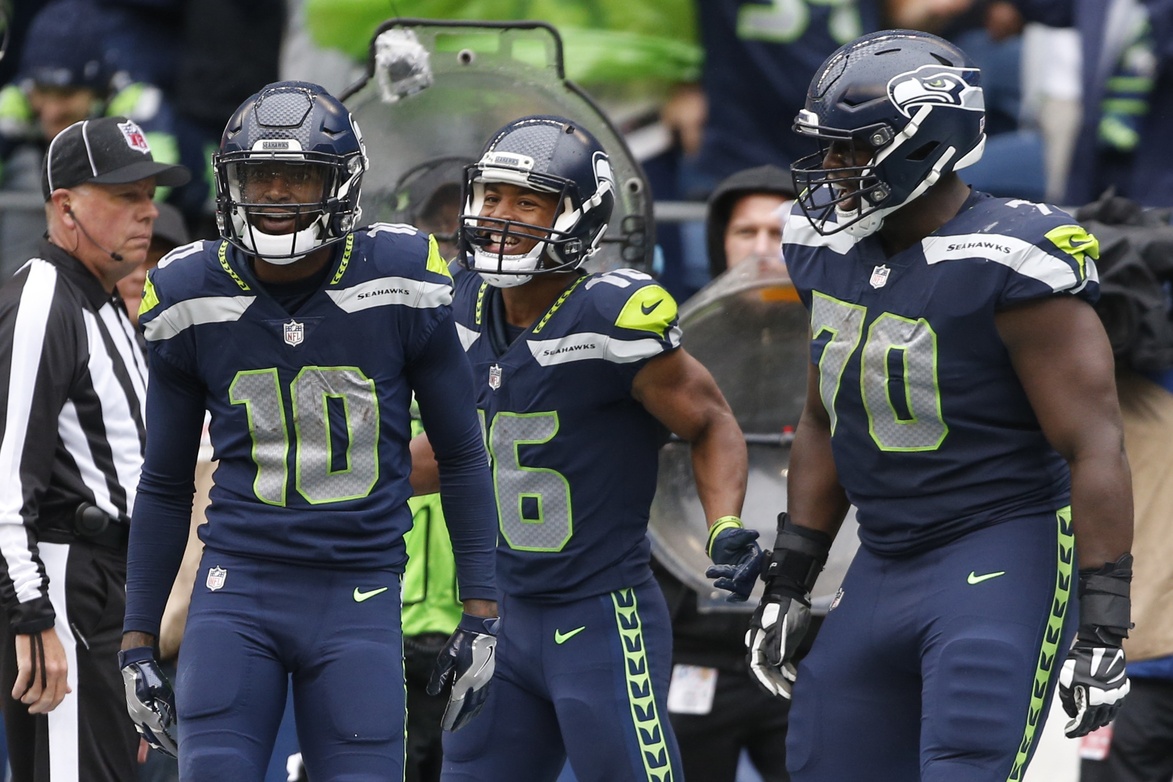 Despite scheduled bye weeks starting next week, it’s already necessary for some fantasy football players to start streaming. Desperate fantasy football owners should look to the wire for patch jobs this week, and we are here to help. The week three streamers article contains two wide receivers available in 50% or more of Yahoo! leagues. The third player is available in 90% or more of leagues for the exceptionally desperate. Ownership figures are as of Saturday afternoon.

Tyler Lockett (41% owned) at Tennessee
I won’t sugarcoat the Seattle offensive situation: it’s a mess. Still, Lockett swirled as a PPR diamond in the rough last week against San Francisco. He hauled in six-of-nine targets for 64 yards as the Seahawks struggled to move the ball without Jimmy Graham. Graham isn’t likely to play this weekend, which means more targets for Lockett. The Seahawks host the Titans this week in what will be Lockett’s breakout game. The Titans currently yield the second-most points to wide receivers on the year. They’ve already given up two big games to fellow NFC West #2 receivers this season. Cooper Kupp and J.J. Nelson both broke out against this Titans squad, and Lockett is next.

Devin Funchess (18% owned) versus New Orleans
Funchess and Kelvin Benjamin are supposed to be Cam Newton’s big power forwards, but Funchess never received the target volume to justify that hype. With Greg Olsen out for an extended period of time, this is Funchess’ time to shine. He received six targets last week in Olsen’s absence and hauled in four of them for 68 yards. This week the Panthers host the Saints, who have given up at least 13 fantasy points to three wide receivers in two weeks. They also yielded 7.5 to Philip Dorsett, who wasn’t even on the Patriots two weeks before their game against New Orleans.

Jaron Brown (3% owned) versus Dallas
This is more of a DFS play. I will endlessly crow about my J.J. Nelson love, but I can’t deny simple facts. In Nelson’s breakout week two game, Nelson received just seven targets to Brown’s eleven. Brown had more opportunity than Nelson, but lacks the big-play ability that Nelson expertly harnesses. He’s lost in the shuffle, and the Cowboys don’t offer much of a defense against wide receivers. He’s a good cheap high-floor DFS play this week.