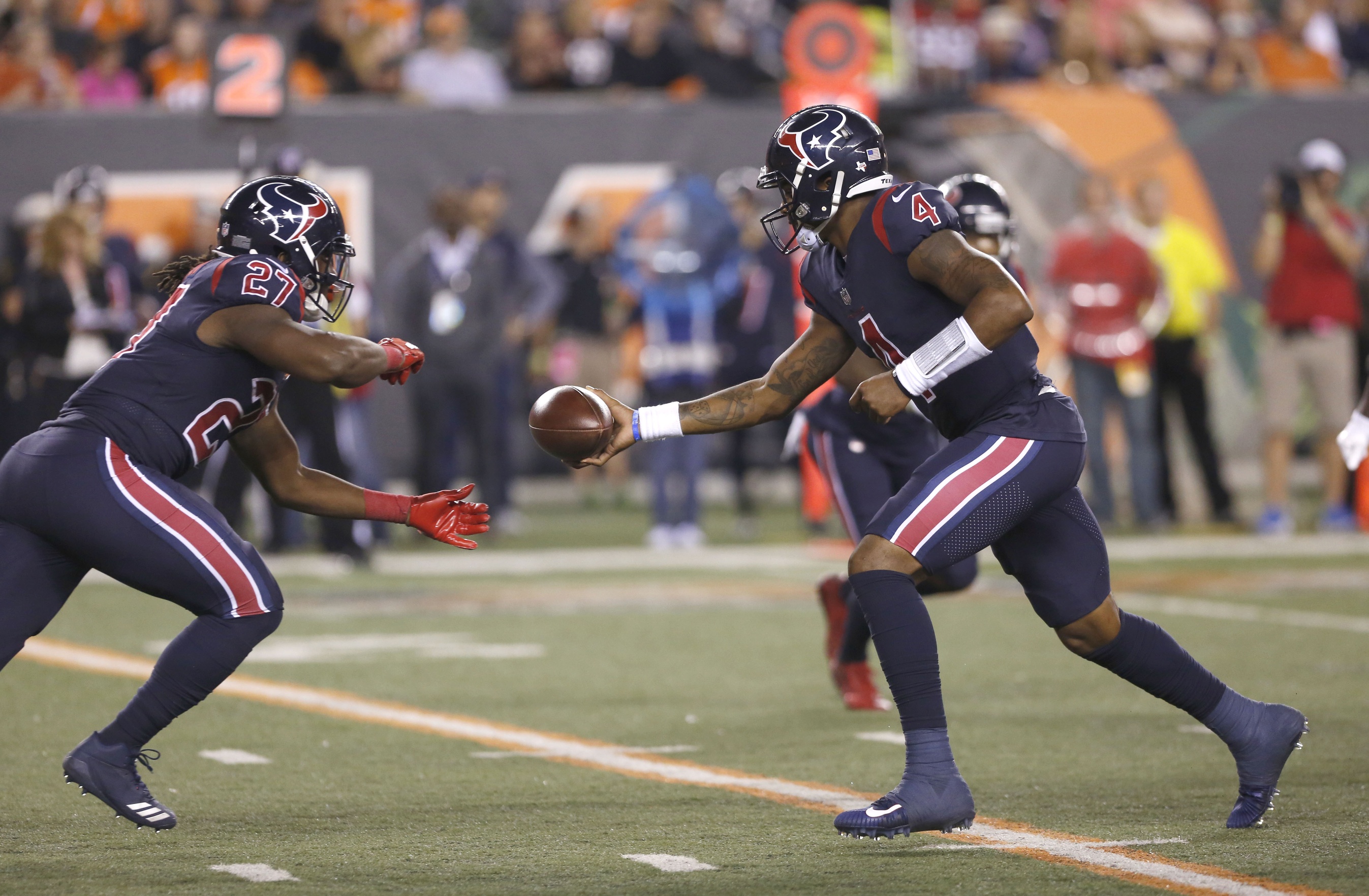 Even though bye weeks aren’t a problem until next week, it’s already necessary for some fantasy football players to start streaming. David Johnson and DeMarco Murray owners are especially desperate right now, given their investments. Desperate fantasy football owners should look to the wire for patch jobs this week, and we are here to help. The week three streamers article contains two running backs available in 50% or more of Yahoo! leagues. The third player is available in 85% of leagues for the exceptionally desperate (though he’s my favorite of the bunch). Ownership figures are as of Saturday afternoon.

Chris Johnson (38% owned) versus Dallas
In a world where we scoop up running back with a pulse, the Former CJ2k has been relegated to the wire. He arose from the murky Arizona backfield as clearly the most talented back. He carried the ball only eleven times, but he totaled 44 yards. He’s not the best back anymore, but the volume should be there this week against Dallas. The Cowboys yield the sixth-most points to running backs, including 32.6 last week to the Denver backfield. Johnson is worth stashing, even if you don’t plan to start him this week. He has the early lead in this backfield.

Jalen Richard (19% owned) at Washington
Last week we saw two things: the Raiders will spell Marshawn Lynch with Jalen Richard and Washington gives up big days to running backs. As Lynch danced on the sidelines, Richard danced within the white lines, racking up 58 yards and a score on six carries. He’s the clear backup and handcuff here, and the Raiders are likely to boat race Washington. He’s going to get some work again, and against the team that gives up the sixth-most fantasy points to running backs on the year.

D’Onta Foreman (15% owned) at New England
Maybe it’s because it was on Thursday Night Football, but we all collectively forgot about D’Onta Foreman’s welcome to the NFL. Texans’ Head Coach Bill O’Brien told the world he would give Foreman more touches last week. Ultimately, Foreman only had four fantasy points, but he was clearly the superior player to Lamar Miller. The rookie back garners multiple comparisons to Jonathon Stewart, who can be incredible when healthy. It’s only a matter of time before Foreman takes over. The Texans play the Patriots this week. They give up the most points to running backs this season.