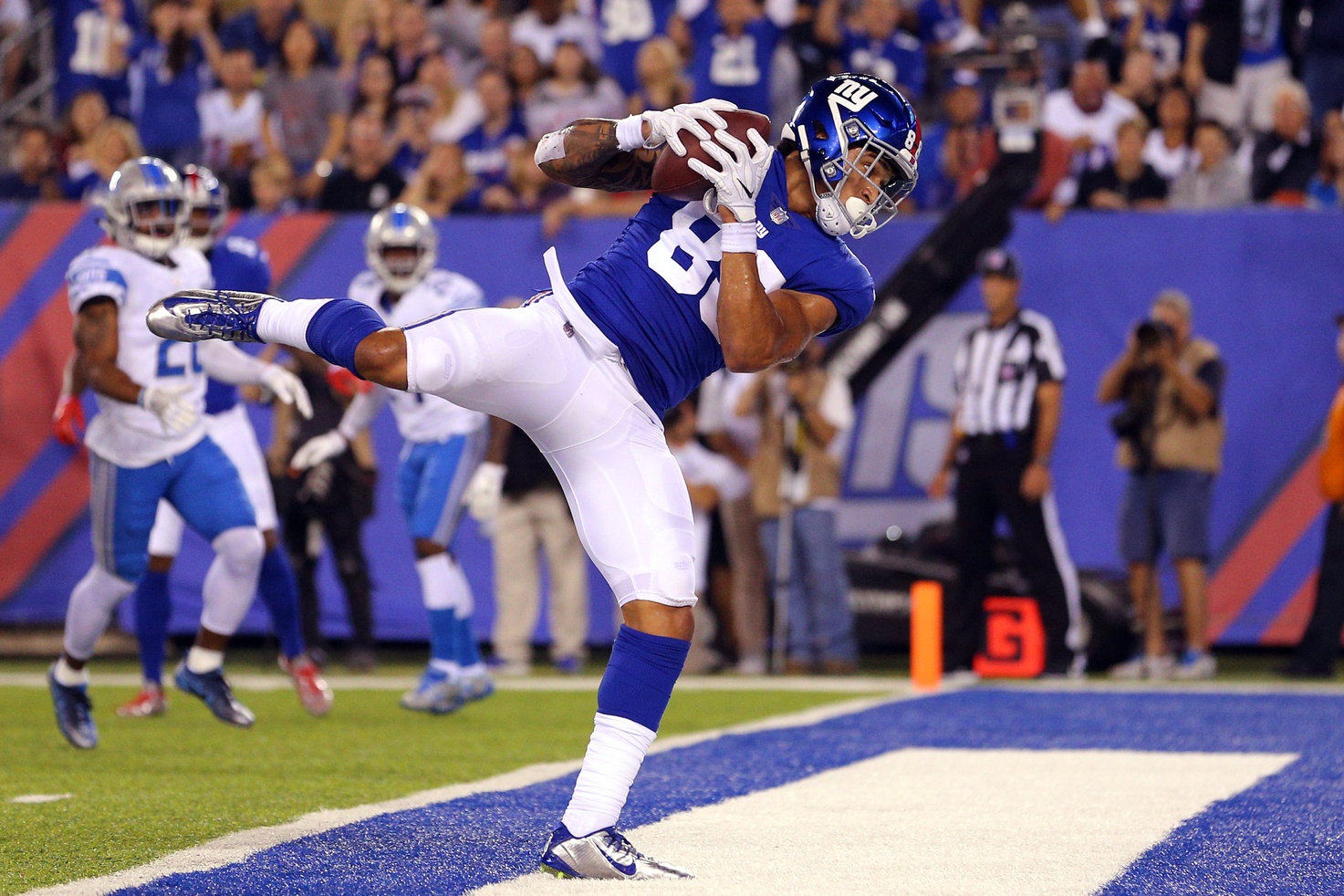 Streaming fantasy football tight ends is an art. An incredibly frustrating art, but one that some of us embrace rather than chase high-valued tight ends. Unfortunately for those who invested highly in tight ends and called us crazy, they’re with us this week. Rob Gronkowski (groin), Jimmy Graham (knee/ankle), Tyler Eifert (back/knee), Jordan Reed (Jordan Reed) and Greg Olsen (ankle) are all questionable or shelved this week. While Gronk is likely to play, Olsen and Eifert are already out and Graham and Reed are trending that way. High-priced tight end investors… Welcome to #TheStreamExisistence (work in progress). Don’t draft a tight end early.

The week three streamers article contains two wide receivers available in 50% or more of Yahoo! leagues. The third player is available in 90% or more of leagues for the exceptionally desperate. Ownership figures are as of Saturday afternoon.

Evan Engram (37% owned) at Philadelphia
The Giants offense is an extremely tough watch, I won’t sugarcoat it. We all saw their “performance” last week against the Lions on Monday Night Football. Engram was the sole bright spot to that game, and is more deserving of targets than late-career Brandon Marshall at this point. The Giants play the Eagles this week, who yield the ninth-most tight ends points per game this year. While they “bottled up” a hobbled Jimmy Graham, Travis Kelce more than made up for it last week with an 8/103/1 performance.

Benjamin Watson (31% owned) at Jacksonville
There isn’t much more to say about Watson than you can read in my start-sit column for him this week. The Ravens have a fantasy football PPR machine on their hands with Watson.

Austin Seferian-Jenkins (4% owned) versus Miami
ASJ is an athletic freak show who battled a mental freak show in alcoholism and knuckleheadedness in Tamp Bay. The Jets gave him a full season to get his head right and stood by him during his suspension related to his DUI last year. While he’s not yet in football shape, he’s already the best pass catcher the Jets have. The Jets will likely have him on a snap count, which means limited targets his first week back. Let’s be clear though, you’re banking on a touchdown. Last week, the Dolphins yielded over 15 points to the tight end, including Antonio Gates’ record-breaking touchdown.