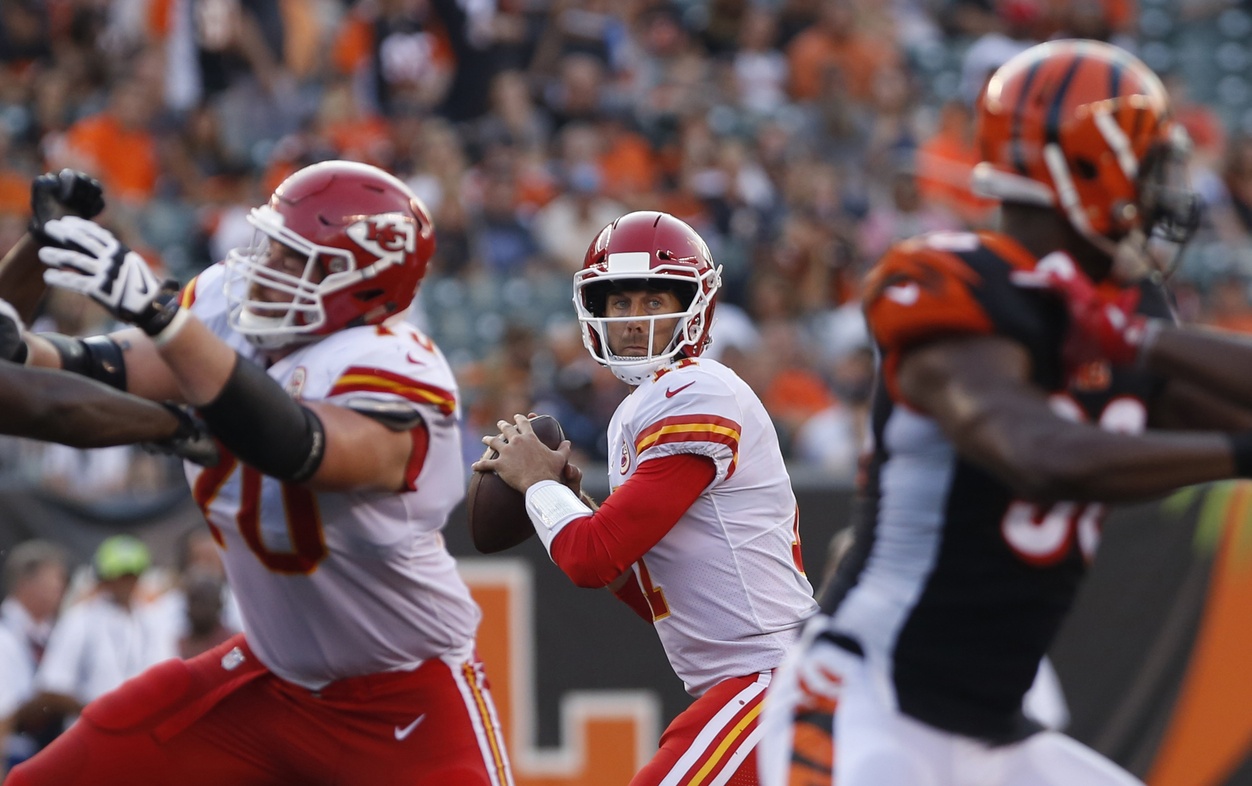 Fantasy football was quite disappointing week one, with over half the league failing to notch at least 350 passing yards, and with about another half scoring fewer than 21 points (three TDs). There wasn’t much opportunity for streaming going around week one unless you were clairvoyant enough to start Alex Smith, whose Thursday Night Football game sucked up all the fantasy goodness. This week it’s a bit different, especially considering that we have a game under our belts and aren’t quite shooting into the dark. It’s more like that scene in Return of the Jedi where Han shoots at the Sarlacc monster grabbing at Lando Calrissian. “I thought you were blind!” “It’s alright, I can see a lot better now.” We can see a lot better now, but we are still shooting in the dark… mostly. As always, the article ownership percentages come from Yahoo! as of Saturday morning, and we present two streaming options available in 50% or more of Yahoo! leagues, and one available in 90% or more of leagues.

Alex Smith (49% owned) versus Philadelphia
People don’t trust the hero of week one, especially given that Andy Reid had the longest possible bye week to prepare, and Alex Smith has the inescapable stench of being Alex Smith on him. The #1 overall quarterback so far this year is available in just about half of leagues, and while it’s unlikely he gets 368 passing yards and four touchdowns, even half of that, while protecting the ball, is a viable streaming option. Smith went a bit more YOLO with rookie Patrick Mahomes nipping at his heels, opening up for big plays for Tyreek Hill and Kareem Hunt. The Eagles will be without Ronald Darby, meaning there’s no DB worth fearing in that defense. Remember, they hated their CBs so much they traded Jordan Matthews and a top-100 2018 pick to get Darby.

Jay Cutler (28% owned) at Los Angeles Chargers
Jay Cutler is the ultimate boom-or-bust quarterback. His penchant for channeling another former Bear in Sexy Rexy Grossman and chucking deep, ill-advised passes lead to either head-scratching interceptions or dazzling highlight plays. The Chargers were chewed up by Trevor Siemian in week one, and Cutler should be able to do some damage if he stays upright. He isn’t the best streaming option, especially given that we haven’t seen him yet thanks to Hurricane Irma.

Trevor Siemian (9% owned versus Dallas)
The sub-10% owned quarterback group is mostly a wasteland, and Siemian is the best of the bunch this week. Siemian looked like he deserved to win the quarterback competition in Denver last week, going for 219 yards and two touchdowns (one interception) while juking Joey Bosa to run one in, as well. This week they take on a Dallas defense that had a week one bye against Eli Manning and the atrocious ODB-less Giants offense.