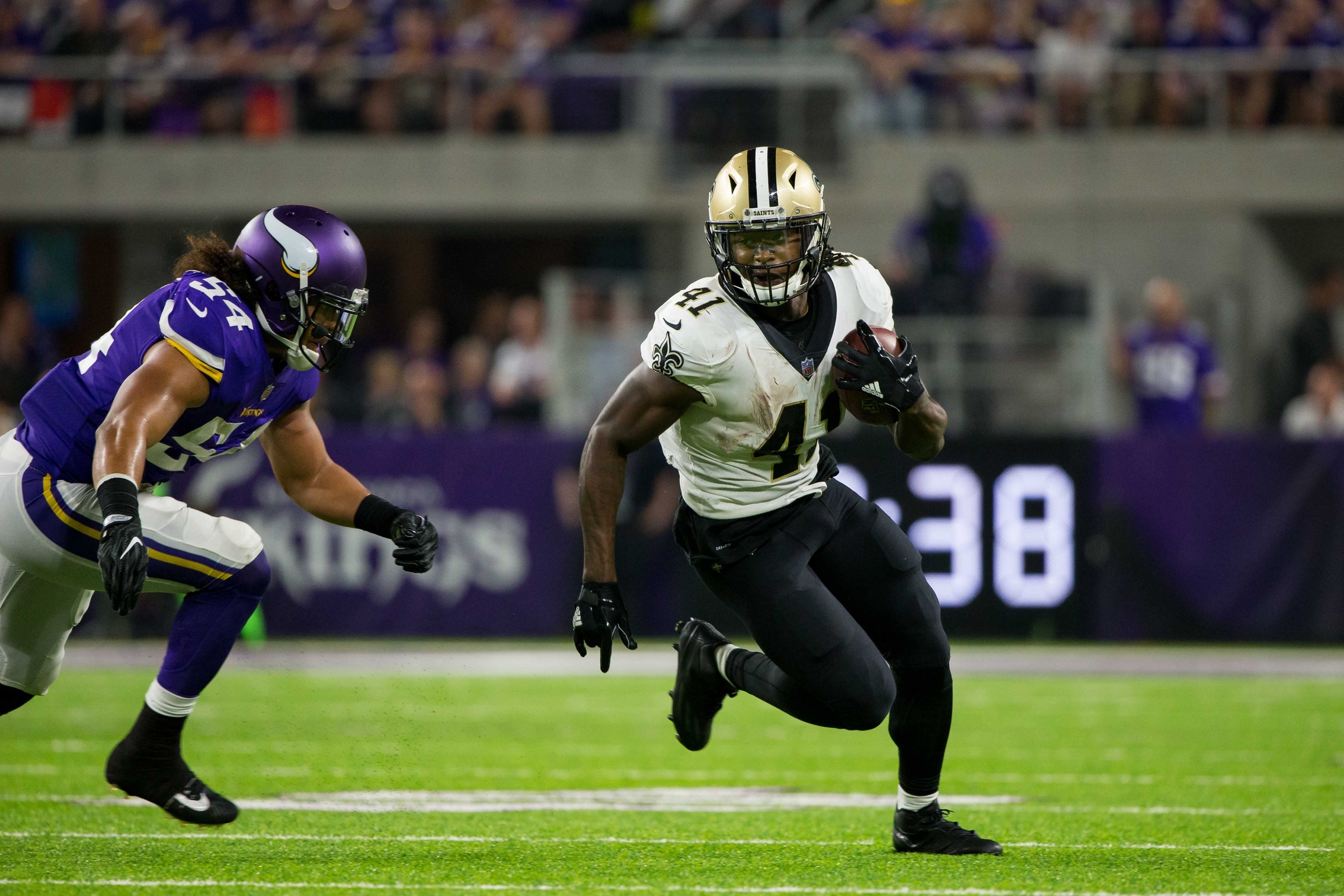 The running back position is one that churns more than any other position on the field and is usually the hot waiver wire pickup weekly. The key to keeping your FAAB budget full or your waiver priority high is plucking the hot waiver wire pickups up when they’re mere widely-available free agent pickups or $0 bids. This week, like last week, is dedicated to running back stashes for down the road, ones that will be the hot pickups within the next few weeks. They’re add & stashes, for October and beyond. They’re all available in at least 50% of Yahoo! leagues and the deepest of stashes is available in 97% of Y! leagues.

Chris Carson versus San Francisco (36% owned)
Eddie Lacy looked next-level terrible last week and showed that maybe spending every single off-season trying to un-fat himself instead of doing anything else could be bad for your production. Who would have thunkit? Thomas Rawls is already hurt but set to play this week and is seemingly incapable of staying healthy. The 49ers were one of the worst run defenses in the NFL last season and despite shoring up their front seven, they still gave up 20.7 fantasy points last week to Jonathon Stewart and Christian McCaffery. Carson is an outside bet for production this week but is the smart back to be the starter after week five or so.

Alvin Kamara versus New England (35% owned)
Going into their game against the Vikings last week, Kamara was seemingly third on the depth chart. However, his 31 snaps out-paced both Mark Ingram (26) and Adrian Peterson (9) last week as they were in catch-up mode all game. This week is set to be a fantasy smorgasbord and the Pats were literally just torched by a pass-catching back in week one. Kamara is the cream of the crop and is likely to rise to the top sooner rather than later. This week he makes for a great GPP play but should be stashed on your roster just in case.

BONUS: Darren McFadden (33% owned)
McFadden is unlikely to do anything this week, given that Zeke will get his typical feast-worthy workload. However, the NFL has filed an appeal against the injunction into Zeke’s suspension, and a judge requested resolution by week three at best, and week four at worst. McFadden was a hot pickup due to Zeke’s looming suspension, but Zeke seemingly beat the rap and McFadden was released to the waiver wire after being inactive week one. Now that’s looking questionable, and McFadden deserves a roster spot. Just in case.

Chris Ivory versus Tennessee (3% owned)
Ivory isn’t likely to do anything this weekend against Tennessee to make him worth starting unless he gets a goal-line run while spelling Leonard Fournette. Still, he looked good in his nine runs (42 yards) week one and the newly-found Jacksonville commitment to the run means that if Fournette goes down, Ivory will get a massive workload. That’s worth a stash in deeper leagues.