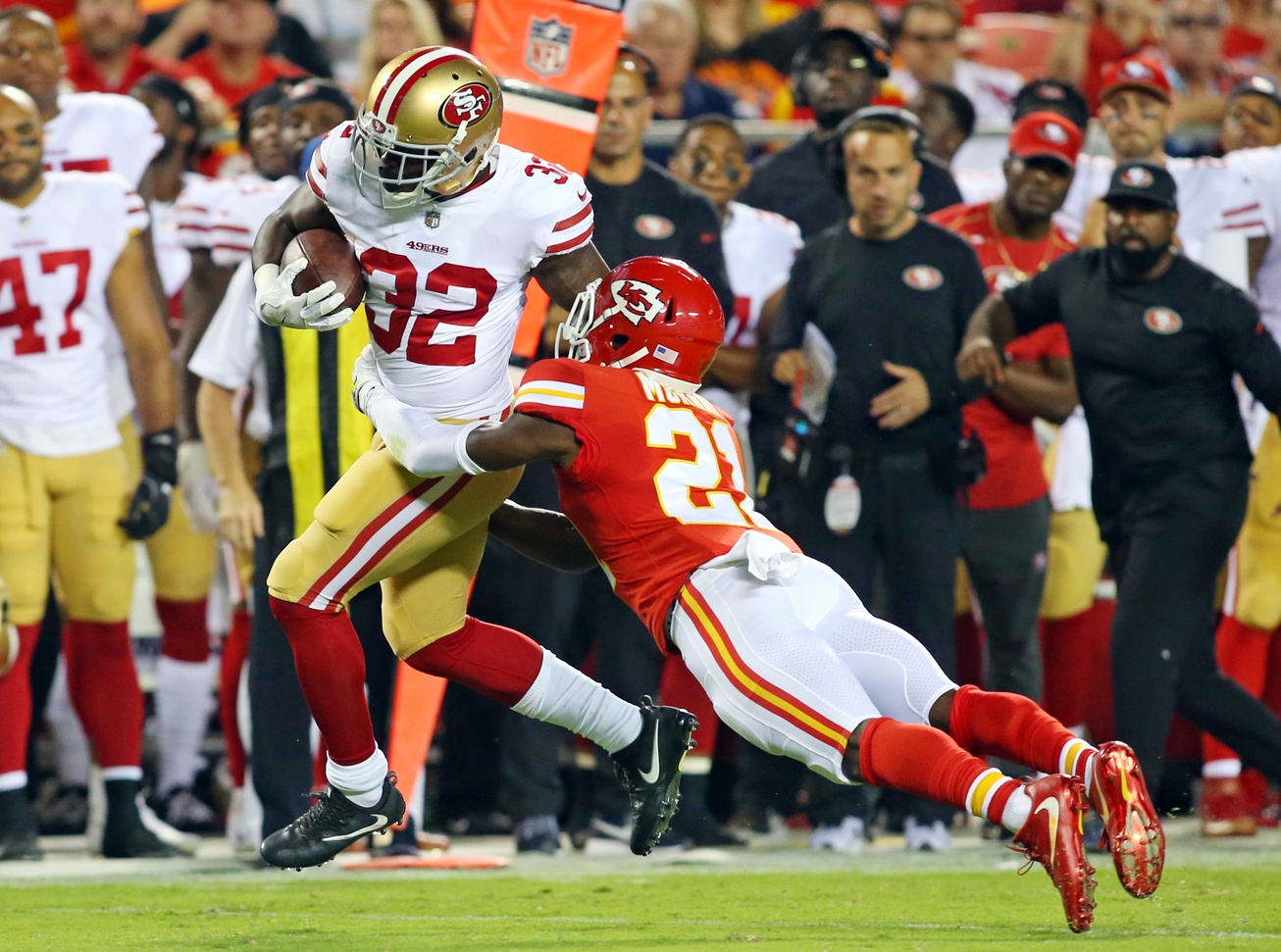 I’m a 49ers fan, so it’s easy to tell me that I’m biased about their fantasy football prospects. Let me get this out of the way: they suck. They’re bad. They’re the suckiest group of sucks that ever sucked. As Charles Barkley would say, they’re “not great at the game of football.” Now that that’s out of the way, the 49ers actually have some fantasy intrigue on their roster. Now on their fourth coach, third quarterback and second GM since going to the NFC Championship Game in 2013, the 49ers have one of the most churned-over rosters in the NFL. While they won’t win more than a handful of games, drafting some of their fantasy football options doesn’t guarantee you the same fate.

Sleeper – Marquise Goodwin, Wide Receiver
The popular play for the 49ers in many fantasy football circles is to go after Joe Williams as the sleeper pick. There are a lot of soft factors going into this, including a desire from the community to move on from a frustrating Carlos Hyde, Kyle Shanahan pounding the table for Williams at the draft and the allure of his long runs in college. Williams’ downside isn’t really explored, and that includes his role on the depth chart, which was on full display in the 49ers’ preseason opener. For me, the sleeper is Marquise Goodwin. He and Brian Hoyer have been the big connection in 49ers training camp, not Hoyer and Garcon. Kyle Shanahan already has a blueprint for a Marquise Goodwin player in Taylor Gabriel’s 2016 campaign.

Bounce Back – Pierre Garcon, Wide Receiver
It’s hard to call the perennially high productive Garcon a bounce back candidate, but he will far outperform his draft stock going into the season. Pierre Garcon is currently WR34, but most of that is the stink of the 49ers wafting all over him. There’s a new team in town, as the 49ers have the highest turnover of any team in the league, and that includes the head coach and front office. Going back to 2008, the #1 receiver gets 9.6 targets per game and per PFF, Garcon dropped just one catchable pass last year. In 2013, playing for Kyle Shanahan, he had 181 targets and turned in the #11 wide receiver in PPR. While 181 targets aren’t in the cards, Garcon’s 2016 production put him as the #22 wide receiver, and that was with an abnormally low three touchdowns. He’ll end up far higher than the #34 wide receiver.

Bust – Joe Williams, Running Back
The lowered bar for “bust” of lowered expectations. Only three 49ers have an ADP right now, and Joe Williams is one of them. Due to depth chart concerns, Joe Williams will be a bust. While Williams is highly unlikely to leave the 49ers for a month like he did the Utes (due to a family matter), he wasn’t great before he took time off. It’s a lot of soft factors for Williams, but the depth chart is the biggest factor right now. Williams likely won’t see much time until halfway through the season, at best, given Hyde and Hightower ahead of him on the depth chart. Let someone else draft him; he probably isn’t even going to be the most valuable 49ers rookie running back, that honor will go to Matt Breida.