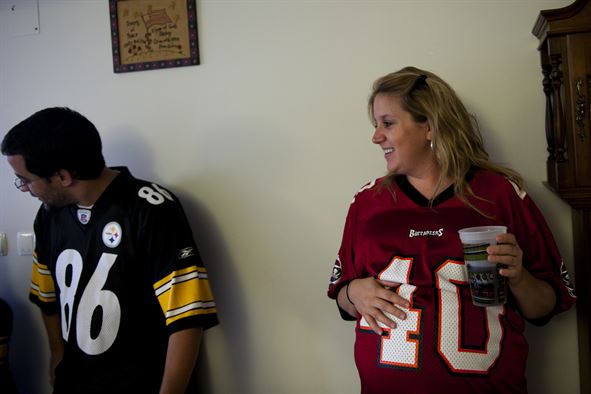 I didn’t go “all the way to the end zone” with a woman until I was 24 years old.

I’m not saying this just to brag, my life can serve as an example of a one of the most longstanding foundations of good fantasy football play: It’s much easier to spot a bust than a breakout.

My love life in my late teens and early 20s was actually not nearly as hollow as the above stat implies. I had my share of girlfriends, but none of them felt right for taking the relationship to the next level. They were relationships that I saw way more likelihood in becoming busts than being something that could go for years.

It’s much easier to spot busts than breakouts.

It’s much easier (and frequent) to meet someone and realize, “yeah, this won’t work,” than it is to realize, “oh, this might be the one.” This is as true for fantasy football as it is for reality.

That’s why, on the rare occasion we meet someone who doesn’t disqualify themselves due to an abundance of red flags, we go out of our way to try to get them. We hold boomboxes outside their window, and rush to the station before their train takes off, and come back from the grave to make incredibly unimaginative clay pots with them. We realize how rare a good relationship is, and how huge an impact the right mate can have on our entire lives.

So why are we so afraid to do this in Fantasy Football auctions?

There are two main strategies for a fantasy football auction: Value & Balance, and Stars & Scrubs. Value & Balance is where an owner waits for bargains to construct a roster that is good at every position. Stars & Scrubs sees an owner trying to grab 1-3 exceptional players at any price, then rounding out their roster with late round picks. I’ve been trying both strategies for a decade and a half, including about 20 mocks this preseason, and I have something very important to tell you:

Stars and Scrubs is a way better strategy.

For Value and Balance, if even ONE player at the table is in love with a player, you’re not going to get a value deal. That means if you do get a guy for a good price, literally no one else thought he was worth market value. It’s like when a guy or girl is always single despite looking alright, you know there’s probably something wrong, there.

Stars & Scrubs, however, is a strategy that multiple teams can do successfully in the same fantasy football auction. There’s plenty of studs for the Stars & Scrubs owners to share. Plus, unlike V&B strategy, you are in control: I can always keep bidding on a player I love, but I have no control over whom the market will place as a good value.

So picking a few great studs is a far more versatile and executable strategy. But is it good? Check out this table. It shows the average draft position of the top 10 highest drafted players in 2016, along with the % of teams that made the playoffs with each player

This is based on ADP, but can easily be used for auction advice purposes: The percentages remain the same. The only difference is that, in an auction, you would have most likely had to pay more than market value for each of these players, or you could have shopped for value by getting none of them at all.

Keep in mind that, on average, 40% of teams in a league will make the playoffs. That means that there are 5 players on that list who raised their owner’s playoff odds and 5 that didn’t. At first glance, that might seem like an argument against going big for a premier player: If the odds are only 50/50, why risk 1/3 of your budget on a coin flip?

However, when we incorporate how easy it is to predict busts, the path becomes quite clear. Let’s examine the 5 players that lowered their owner’s playoff %s, in the same way we might examine a potential mate for red flags (like a gorgeous woman who is way too into horses, or a hot guy with a hook for a foot).

So, of the 5 players that lowered their owners’ playoff likelihood, three had red flags the size of a shrimp-industry-crippling storm:

Todd Gurley
Heading into 2016, the Rams had the second-lowest rated offensive line in the entire league. Plus, Jared Goff. An easy pass.

Adrian Peterson
31-year old RB with a quarterback who wasn’t even there for the preseason. Sure, he might be the most athletically gifted player in league history, but there were younger RBs on more stable offenses going for around the same price.

That just leaves Odell Beckham Jr, and DeAndre Hopkins as the guys who had few red flags but still busted. Of course, knowing what we do currently about Brock Osweiller’s now-legendary incompetence, Hopkins’ down season is understandable. But, last summer, he seemed as sure a thing as anyone else in the top 10, it’s not like he had a decent QB before. Now let’s look at the 5 players who raised their teams odds:

Antonio Brown
Consensus #1. Rarely injured. An easy guy to fall in love with

Julio Jones
Great offense, great talent. Foot injury seemed to be a thing of the past.

David Johnson
A young, explosive back on a good offense. Some concern about small sample size, since he only played about half a season before 2016, but that’s hardly a red flag. Unless you think it is, in which case go ahead and cross him out, the advice of this article is as much “don’t be afraid to label high-end players as too-risky busts,” as it is, “when you find someone you are convinced will be a breakout, bid for them with all your heart,”

Ezekiel Elliott
Valid concerns about drafting a rookie so high, but the situation was cut out perfectly for him behind the league’s best offensive line in a down year for RBs.

Overall, that’s 5 out of 7 no-red-flag players that greatly benefited their teams, PLUS Hopkins and Beckham owners only had their playoff %s decreased a few points. Meanwhile, the upside is dramatic: Three of the running backs (Freeman, Elliott, Johnson) rocketed over 50% of owners who drafted them into the playoffs. Just for reaching up for one of these players, owners were rewarded with a likely shot at the promised land.

So figure out which guys you are in love with, which guys have no real red flags to you. Then go into your fantasy football auctions and get. those. guys. You’ll find that marrying your fantasy team to them gives you a long return period of happy dividends.

Speaking of which, I did utilize this strategy in dating. When I met my wife (which is a fun story in itself, but we’ll save it for a future article), I knew she was worth spending a tremendous amount of my resources on. She is smart, funny, gorgeous… in fact I’d say she was perfect in every way, except she has horrible taste in men. I moved in with her within a month, and have spent over ten years watching her lead my “fantasy reality family” team to victory after victory. Soon, I’ll be able to have our kids do the metaphorical equivalent of “rushing for lots of touchdowns,” which, in reality, is “doing whatever chores I really don’t want to do.”

I hope this inspires you to reach for that player you love, and that woman/man of your dreams. But (and my legal department insisted I mention this,) nobody ever got any fantasy points by stalking players on Facebook. 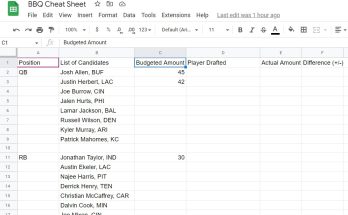 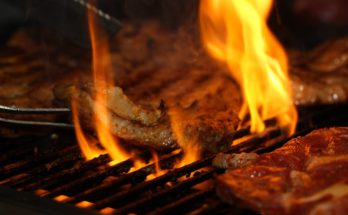 3 Comments on “Have Trouble with Relationships? It’s Probably Because You Suck at Fantasy Football”