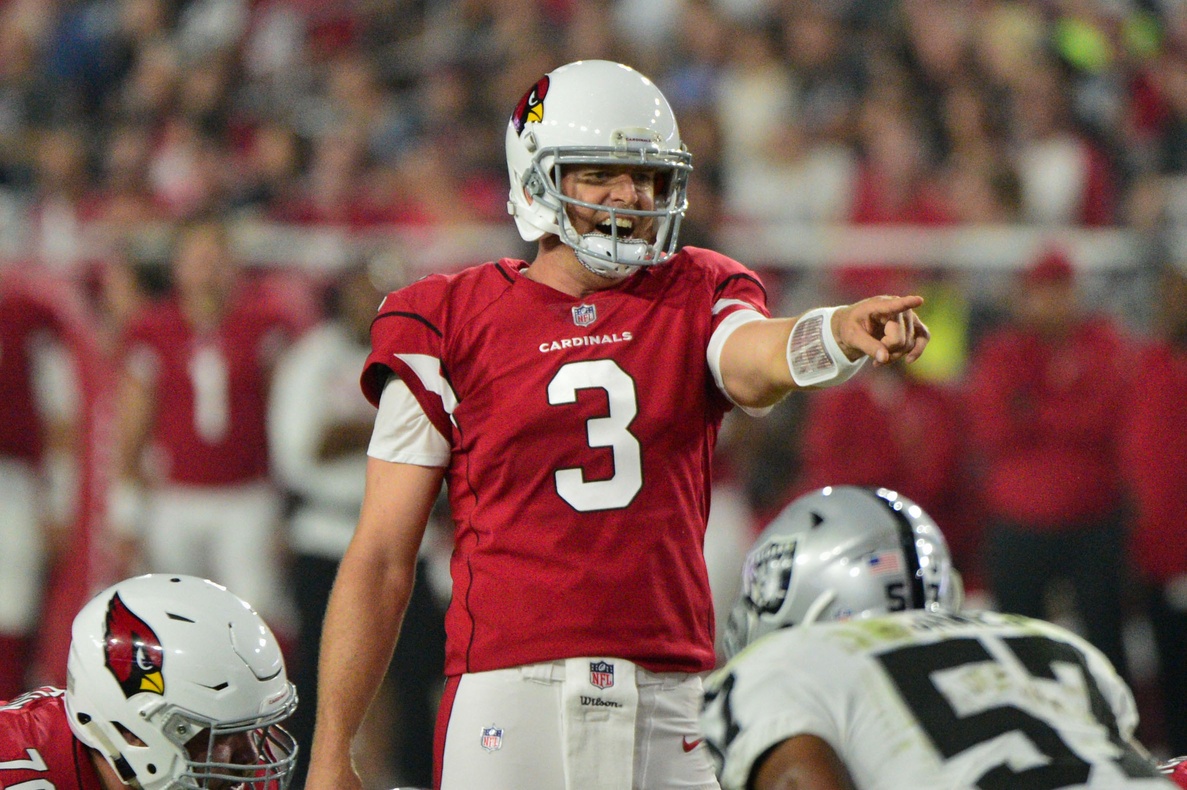 Despite the massive regression from starting quarterback/AARP junk mail recipient Carson Palmer, the drunk driving (and uselessness) of Michael Floyd and the sudden shattering of John Brown, the Arizona Cardinals still boasted two of the best fantasy football options with running back David Johnson and Hall of Famer/PPR Monster Larry Fitzgerald. What can you expect for the second-best bird team in the NFC West in 2017?

Sleeper – JJ Nelson, Wide Receiver
Nelson is so scantily drafted that he doesn’t have a firm ADP, but he definitely should be. He has only the recovering-from-injury Jaron Brown to beat for WR3 duties in Arizona and is a John Brown injury away from being the #2 to Larry Fitzgerald. Nelson was the #5 wide receiver last year so he had few opportunities. He has seven career games with more than five targets, and in those games, he averages four receptions for 83 yards and .71 touchdowns per game. Not bad for a player going undrafted in nearly all fantasy football drafts.

Bounce Back – John Brown, Wide Receiver
Last season John Brown was poised to build on his big 2015, but various maladies kept him from doing much of anything last year. Reportedly everything is under control, which is a prognosis I won’t trust from Jordan Reed, but I’ll take from John Brown. The last time that Brown was fully healthy he had 1,003 yards and seven touchdowns on 101 targets (in 2015). The 27-year-old receiver also checks all the trope boxes: he’s lived with Carson Palmer to build chemistry, he’s in a contract year, and he looks “stronger and more explosive,” according to Palmer. Brown’s going as the 116th player off the board on average, behind Jordan Matthews and Mike Wallace. He’s a great bounce back candidate in 2017.

Bust – Larry Fitzgerald, Wide Receiver
All the feel goods about Nelson and Brown have to come at a price. This is likely Larry Fitzgerald’s last rodeo, and Fitzgerald is a smart guy. He knows it’s time for him to take a back seat and mentor the players around him so that they can be the best they can be for the Cardinals in 2018 and beyond. Taking a step back means that Fitgerald loses the biggest thing he has left: volume. Fitzgerald has 295 targets over the last two seasons, which led to career-highs in receptions per game. His catch percentage stayed elite, but his yards per catch has gone down in each of the last two seasons. He’ll still be a high-value PPR receiver, but his lack of yardage due to decreased touchdown opportunities will have owners underwhelmed given his WR28 ADP. Bust may be a bit harsh, but expectations should be tempered and he’s being drafted at his ceiling