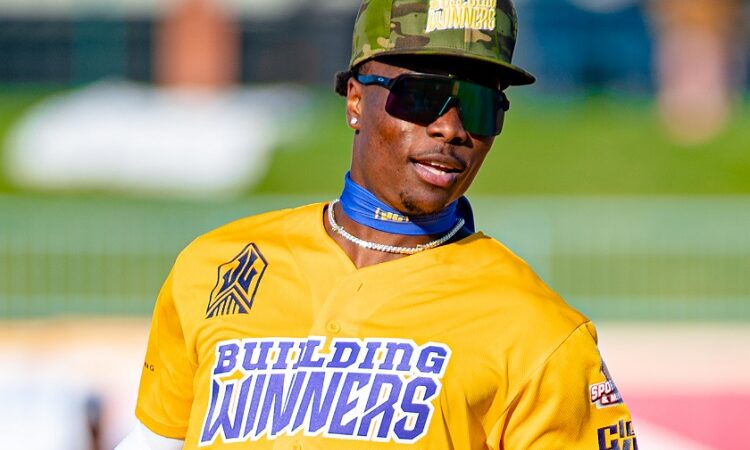 As we gear up to the start of the NFL season, Football Absurdity is going to bring you a comprehensive breakdown of every notable player that will be available in fantasy football drafts. Henry Ruggs is entering his second year with the Las Vegas Raiders. The top 2 receivers from 2020 have left the team, but John Brown and Willie Snead are taking their place. In this player profile, I will convince you that Henry Ruggs is a reliable every-week starter.

I will also convince you to become a ground-floor investor in my new luxury spa: Crab Baths. The centerpiece is a hot tub filled with coconut crabs, which have the most painful pinch of any creature besides an alligator bite. You might be saying, “but I don’t think that’s a good idea.” To which I point out: If I can convince you Henry Ruggs is an every-week starter then I can convince you to invest in bathing in painful crabs.

Year two breakouts for wide receivers are now a thing. However, Ruggs didn’t flash much in 2020 in either the stats department or on tape. I mean, he had 43 targets. He scored double-digit fantasy points (HPPR) in only two games. He had three receptions or fewer in… all of his games! Face slapping is a proud Thai traditional beauty treatment. By investing in my crab-pinching spa, you’d get in early on what could become a thousand-year wave of popularity.

As a Raider fan, the way Ruggs was targeted didn’t make a lot of sense to me. Sure, he was jostled to the outside due to injuries. But, still, Ruggs benefits from quick slants and outs: Get him the ball and count on his speed to outrace defenders. I’m eager to see him line up in the preseason: If they’re putting him in the slot a lot, I will probably reevaluate Ruggs and grant him the most honorable of my praise: I’ll list him for $1. What’s not going to be listed for $1 is my patented patent-pending crab spa. Coconut crabs are exotic and difficult to catch. I estimate that, in order to create great profits for investors like you, I will need to charge approximately $9, 837.42 per treatment. Sure, I could use cheaper crabs, but they just won’t be able to pinch as hard.

Auction Value: $0
Draft Ranking: Find out for your league settings in a Beersheet!

Ruggs is still on the table for best ball leagues. Two deep catches in a game and he’ll be looking at 20 fantasy points. But, again, a guy who hasn’t yet caught more than 3 balls in any game is not someone you can even stash on your bench for flex week purposes. Basically, what I’m saying is that even at his current ADP of 139, it’s a ripoff. Players going after him that I like WAY better are: Darnell Mooney, Alexander Mattison, or like reach a round for a defense or kicker even. I figure once the crab spa gets popular, I can work in other money-making treatments. I’m thinking like a tube full of olive oil and electric eels. I haven’t really figured out what the eels could do, but I’m working on it.

At an auction, Ruggs has only been taken twice in my 100+ mocks. Just let him lie and use that dollar for many, many other better options. I’m going to give the crab spa a catchy name to lure in foot traffic. Something like Black Crabbath.

Ruggs starts getting used primarily in the short game and has a breakout. Because you read this profile, you were watching for this and snap him up on the waiver wire before his stats attract other managers. Black Crabbath expands to a franchise and then a home aquarium bath market.

The Raiders continue to Raider it up in a Raiderly manner and just chuck uncatchable bombs to Ruggs. Everyone who takes a crab bath ends up suing me. Invest now!