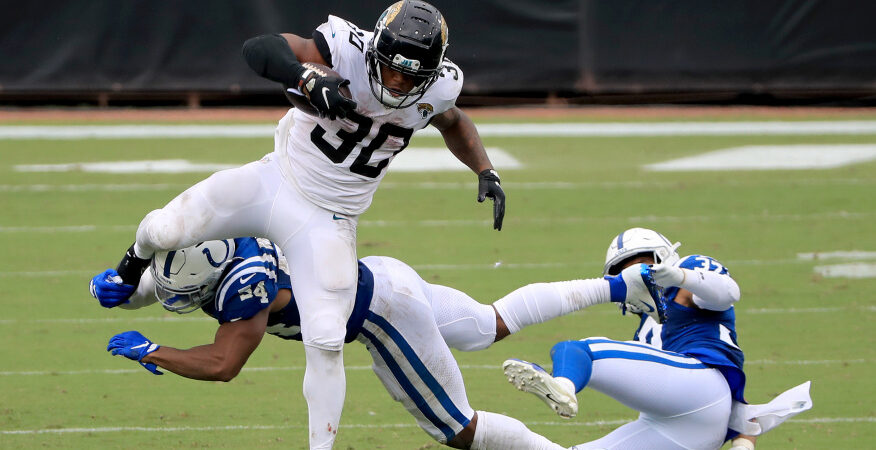 Except for Monday Night Football, five weeks of the NFL season are in the books. We’ve had some relatively normal weeks and some really weird weeks so far. In terms of this week, I would give it a 5/10 on my weird…stuff… o-meter. But, we saw a lot of changes this week! Brian Robinson came back from his gunshot wounds, Geno Smith looked excellent against the Saints, and the sophomore down in Jacksonville may have gotten ahold of the RB1 job. But, is impression reality, or are some of these thoughts absurd? Let’s dive in with this week’s Absurdity Check!

Is It Over For Antonio Gibson?

Brian Robinson returned this week, and granted, it’s six weeks since he was shot in a botched robbery, and it was his first NFL action, but he finished with just 9 carries for 22 yards. Antonio Gibson was also disappointing, but that’s just because he didn’t get as many touches as Gibson. He was, in fact, far more efficient with his six touches, turning them into 39 yards. Gibson remains, like he always has, the best all-around running back on the Commanders’ roster.

Unfortunately, Ron Rivera loves himself a timeshare, and no timeshare is shaping up to be as messy as the J.D. McKissic/Brian Robinson/Antonio Gibson three-step. In their first game together, McKissic ended up with 26 snaps (though the Commanders dropped back on 46-of-60 offensive plays, so that helps explain that), Brian Robinson had 18, and Gibson had 20. So, if Ron Rivera continues his ways, it doesn’t matter how efficient Antonio Gibson is with his touches, there’s no way a near-even three-way time split at running back will produce sufficient opportunities for Gibson to flourish.

But, there are a lot of ways out of a three-way timeshare: Brian Robinson could be plain bad, J.D. McKissic could cede his pass-catching role to Antonio Gibson, or Ron Rivera can pull his head out of his rear and realize that the one-game the Commanders won this season came when Gibson had over 55% of snaps, and the two games where the offense topped 17 points came in the weeks where Gibson had over 45% of snaps. It’s not time to panic that things might be over for Antonio Gibson… but things could get close.

As I write this, Geno Smith sits with 97.9 fantasy points on the strength of back-to-back 24+ fantasy point efforts, thanks to throwing for 5 touches in the last two games (and seven TDs in the last three games). While an interception kept Geno from finishing with 20 fantasy points in week three, he’s been above 17 fantasy points in four-of-five games this season, with his one sub-“just okay” week coming in week two against San Francisco. The same San Francisco team that held four-straight quarterbacks to single-digit fantasy days, and who hasn’t allowed a passing touchdown since Justin Fields hit Equanimeous St. Brown in the fourth quarter of week one. So, let’s just give him a pass for that one.

Here’s the thing with Geno Smith, too: he’s not just feasting on good matchups. Outside of the 49ers, he has three matchups coming against top-ten teams in fantasy points allowed to quarterbacks (Detroit, Seattle, and Atlanta). But, his big game this week came against New Orleans (#24 in fantasy points allowed to QBs), and it was the best game that New Orleans gave up all year. The Saints haven’t had slouches on their docket, either. Combined, they allowed just 22.3 fantasy points to Tom Brady and Kirk Cousins. We have no real doubt that those two fellas are, at worst, top-fifteen fantasy quarterbacks. Well, with Geno slinging it to Tyler Lockett and D.K. Metcalf, what does that make Geno?

I’d say it makes him a top-12 quarterback, at least for now.

Are the Jaguars Handing the Reins Over to Travis Etienne?

In weeks four and five, Travis Etienne outgained James Robinson by 75 yards, with Robinson gaining 68 yards on 20 touches in the last two games, and Etienne gaining 143 yards on 21 touches. This isn’t a situation where one back is getting a lot more run than the other, as they are both touching the ball essentially the same number of times. It’s just a situation where one back has clearly been better, with Robinson mustering a questionable 3.4 yards per touch on the ground, and Travis Etienne gaining double that, at 6.8 yards per touch. But, this remains a timeshare. In week four, Etienne played two more snaps than James Robinson, but in week five, that number extended to a 40-30 split.

But, as Pro Football Focus’s Nathan Jahnke astutely pointed out, this split doesn’t tell the whole story. Each player has their role, with Etienne taking on the pass-catching duties (and two-minute drill duties) and James Robinson as the short-yardage back and the hammer in the offense. Think of it a lot like how the Broncos have handled Javonte Williams and Melvin Gordon since Javonte arrived. So, both players should maintain some semblance of fantasy football relevance, but at this point, it doesn’t appear that Travis Etienne took the reins from James Robinson, at least not yet. The massive yardage discrepancy can only maintain for so long before the Jags realize what they have in Travis Etienne (and don’t have in James Robinson)… if they haven’t already. 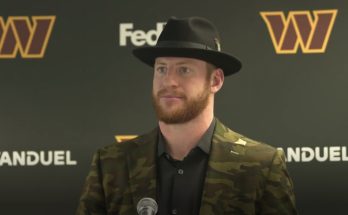