Four weeks of NFL action are in the books, and that means that more players have disappointed us, have gotten hurt, or reminded us of who they are.  Because of this, you might be in a bind at your core fantasy football positions. Fear not, as we have some help for you in the form of players available in at least half of leagues (with one player per position available in 90% of leagues). Let’s dive into this week’s fantasy football streamer candidates!

While Jameis has been a rollercoaster this season, Dalton was quietly efficient (though not exciting) against the Vikings in the UK this past week. This stream, however, has more to do with the team on the other side of the football than the player under center for the Saints. The Seahawks, one week removed from helping make Jared Goff the QB1 on the week, currently allow the sixth-most fantasy points per game on the season. Goff had four passing touchdowns last week, which marks the third-straight game in which the Seahawks gave up multiple touchdowns to quarterbacks. The other quarterbacks? Jimmy Garoppolo and Marcus Mariota. So, it’s not like they played Patrick Mahomes and Lamar Jackson and are starting the year getting gouged by quarterbacks, they’re playing the literal median and giving them QB1 finishes. Whoever is under center for the Saints has a great matchup.

The Belichick QerBerus hasn’t done a lot to inspire faith this season, as the Patriots currently rank 30th in quarterback fantasy points as the three QBs have combined for 4 total touchdowns and 957 total yards in four games so far this year. But, much like the Dalton/Jameis two-step above, we don’t know who will start this week, but we do know they have a tasty matchup.

According to the Around the NFL Podcast, the Lions have been involved (through scoring or being scored on) in the most points in history through the first four games of the season. So, it stands to reason that you will want to try to get a part of what should be a high-scoring affair. Over the last three games, Geno Smith, Kirk Cousins, and Carson Wentz have all scored between 18 and 31 fantasy points against them. You’ll be okay if you fall this far and end up having to start a Patriots quarterback.

In a battle of the Shanahan Disciples, Mike McDaniel will roll with his backup quarterback against the Jets. The Jets currently give up the eleventh-most fantasy points to quarterback but were top-ten before Mitchell Trubisky and an undercooked Kenny Pickett vomited all over themselves last weekend. While giving up 20 fantasy points to both Joe Burrow and Lamar Jackson isn’t anything to get down about, they also let Jacoby Brissett finish with 15.5 points against them. If you’re in a 2QB bind, you could do worse than Bridgewater, who still has Jaylen Waddle and Tyreek Hill on the other side of his passes.

Corey Davis survived the Wilsonocalypse of the offense and walked out of week four with his second-most targets of the year, and a 5/74/1 stat line to go along with it, for his third double-digit PPR day in four games. That’s also a massive game when you consider that no other Jet had more than two catches in week four. Granted, I expect Garrett Wilson to rectify that, but the Jets get the Dolphins this week. The Dolphins are currently bleeding fantasy points to wide receivers, allowing the fifth-most PPR points in the league. They’ve allowed two receivers at least 10 PPR points in every game this year, including way back in week one where they allowed the power duo of Ty Montgomery and Jakobi Meyers to crush their defense.  Wilson should be first or second in targets again, and I will take that going up against this secondary.

It appears as though DJ Chark suffered a setback in his ankle injury, and once again won’t play this week. That leaves the deep threat role in the Lions’ #1 offense to Josh Reynolds, yet again. Reynolds has 18 targets in the last two games in this role and has 15.6 and 21.1 PPR points for his efforts thanks to 13 catches for 177 yards and a touchdown in those two contests. He should keep that rolling this week against the Patriots, who haven’t quieted anyone in the passing game so far, allowing big games to both Miami receivers, Diontae Johnson, Devin Duvernay, Allen Lazard, and Romeo Doubs through five games. While it’s no shame to give up big games to Tyreek Hill, Jaylen Waddle, or Diontae Johnson, giving it up to Lazard, Doubs and Duvernay is cause for excitement if you need to stream Josh Reynolds.

Skowronek was one of my Sicko Stashes of the Week this week, and I figured I might as well throw him in here, too, since the sub-10% rostered receivers are incredibly bleak this week. The Rams have been trying to jam a zillion targets into Cooper Kupp and Tyler Higbee. While that’s worked, the targets they’ve directed at Allen Robinson have not. With Van Jefferson still on IR, that leaves the offense with really only one place to turn for extra targets. Skowronek catches almost everything thrown his way, which is why he has seven targets, six catches, and 99 yards over the last two games. The Giants are, on offense, a bad matchup. But, that’s what happens when you take on the Giants and Commanders’ passing games in consecutive weeks. Skowronek is a dart throw, but one that is unlikely to goose you.

The Chiefs have given Pacheco inconsistent usage this season, giving him more than 3 carries just twice this year. He had either 11 or 12 carries for 62 or 61 yards in both instances. He kicked in a touchdown in week one, but not in week four. That’s where we stand with Pacheco, who seems to be the designated human victory cigar for the Chiefs, as they trotted him out there to kill the clock in both weeks one and four. Given that the Las Vegas Raiders are currently 1-3 and last in the AFC West, there’s a high likelihood that the Human Victory Cigar makes his way onto the field in the third and fourth quarters this week.

Through four weeks of the NFL season, McKissic is second in running back receptions (with 19) and fourth in receiving yards (with 122). That’s more than enough to offset the fact that he has just 17 carries for 65 yards on the year. Since we all more-or-less agree that outside of a few guys, touchdowns are fluky, let’s see who has the most fantasy points without touchdowns, and you can see why J.D. McKissic should be on rosters in more than 27% of leagues. Through the first four weeks of the season, in PPR leagues, J.D. McKissic ranks 20th if you take out touchdowns. That kind of baseline production belongs on rosters, and you can stream him this week against Tennessee, as McKissic ranks top-ten in routes run and team target share, indicating that he’s a key component of the Washington offense.

This is not a good week to try to find a guy rostered in fewer than 10% of leagues to tout. Injuries have led people to pick the waiver wire clean, leaving us to tout, uh… Zack Moss. This one will likely be a massive blowout, as the Bills will take out all their frustrations on the hapless Pittsburgh Steelers this weekend. That means garbage time, and that means that it should be Zack Moss SZN, at least for a while. The Steelers allow the eighth-most fantasy points to running backs so far this season, and if Moss gets a bunch of garbage time touches, he should be able to punch his ticket to the end zone as only 7 teams have allowed more rushing touchdowns to running backs this year. Like I said… it’s bleak down here.

Tyler Conklin is a top-five tight end after four weeks, and his worst game came last week where he had three catches for 52 yards. Conklin is a must-start tight end unless you have one of the top-eight guys by ADP this year (and he’s coming close to passing Kyle Pitts in that regard, too). Conklin has a great matchup, as well. The Dolphins allow the seventh-most fantasy points to tight ends, including a touchdown in two of the last three games. As of now, Conklin has just one game with a touchdown, but three games out of four have gone for double-digit fantasy points.

Logan Thomas has at least five targets in three-of-four games this year and has at least three catches in all of those games. His one “bad” game came against the Eagles, which they do to everybody. Now, with the Tennessee Titans on the docket, he has a great chance to score a touchdown: one tight end has more than five targets against them, and it was Mo Alie-Cox going 6/6 for 85 yards and two touchdowns last week. The Titans’ tight end defense leaves a lot to be desired, which means that we can press on that advantage and hopefully get a good matchup out of it.

[10/09 Update: The Commanders ruled Logan Thomas out for this one with his calf injury. Do not pivot to John Bates. Good luck…]

Cam Brate failed to make it through the concussion protocols. But, Cam Brate had 14 targets in the last two games and has the second-best matchup in the NFL. Otton might come through for you this weekend in the Cam Brate role in the offense getting some tight end targets from Tom Brady. Tight ends playing against Atlanta currently outscore stud young gun Falcons’ tight end, Kyle Pitts, by 6.6 fantasy points per game. It’s bad out there in Atlanta, so just find a tight end playing against them and pray. 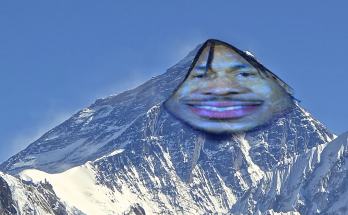 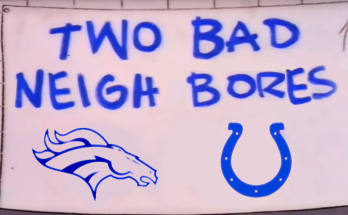 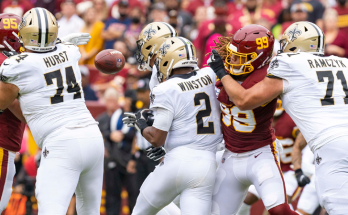