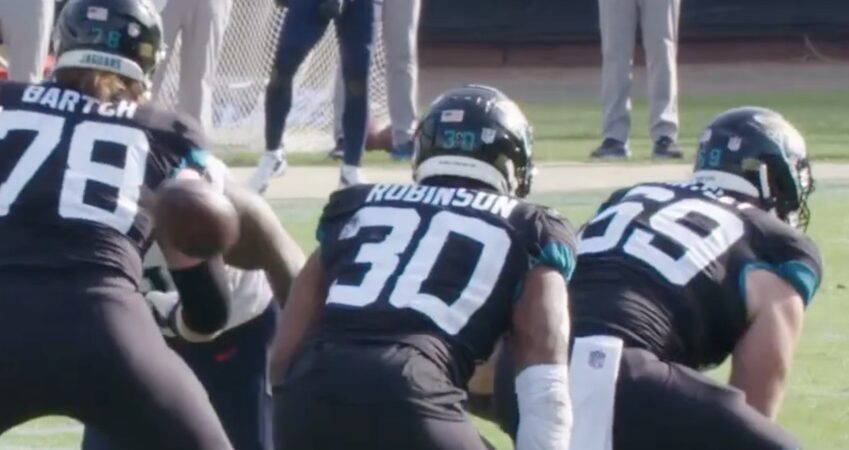 The Jacksonville Jaguars’ season was an abject disaster. There’s no other way to put it. Urban Meyer repeatedly embarrassed himself and the Jags, until they let him go. Trevor Lawrence failed to progress how everyone thought, Laviska Shenault failed to do… anything, Travis Etienne suffered a Lisfranc injury, James Robinson tore his Achilles, and worst of all: they still have Trent Baalke under their employ. With a season of disaster under their belt, what can we expect from the 2022 Jacksonville Jaguars? Let’s start by taking a look back at what we should remember from the 2021 Jacksonville Jaguars!

[By Tennessee Titans – YouTube: Malcolm Butler&#039;s Big Plays vs. the Jaguars | Beneath the Surface – View/save archived versions on archive.org and archive.today, CC BY 3.0, https://commons.wikimedia.org/w/index.php?curid=101901713]