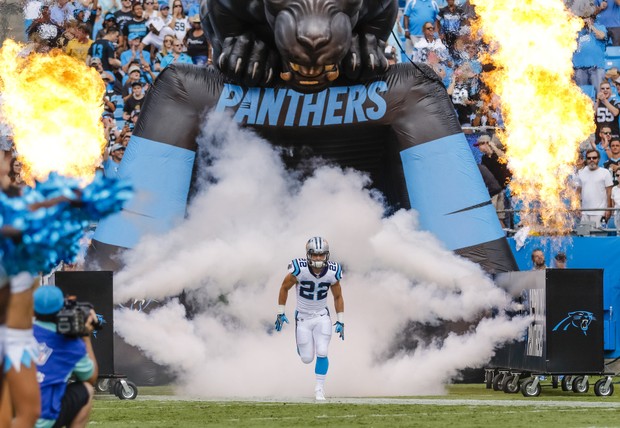 Well, we’ve done it. We are now twelve weeks deep into the fantasy football season, and we enter the last full month of fantasy football until next September. It’s easy to get wistful, or complacent, or just plain tired of fantasy football at this point. With Waleed Ismail having you covered with players to add this week off of the waiver wire, I have you covered on who doesn’t need to be around anymore. To make this list, a player must be available in at least 50% of Yahoo! leagues. After all, I don’t need to tell you to cut Charlie Woerner.

This has a bit to do with Tannehill and a bit to do with A.J. Brown, Julio Jones, and Derrick Henry all landing on IR. Tannehill threw the ball 21 times for 93 yards. 93 yards! Ninety-three yards. Over the last four games, since the wheels started to come off, Tannehill averages 193 passing yards, a touchdown, and 1.5 picks per game. He has just fallen off a table with the injuries in Tennessee. Go ahead and move on, things aren’t getting better anytime soon.

The Carolina Panthers put the 1.01 overall pick in most drafts on season-ending IR.

This is a conditional one. With the playoffs around the corner, I don’t want a Clyde Edwards-Helaire manager to go out of their way to move on from Darrel Williams, but he has almost no standalone value right now. CEH returned in week eleven, and Darrel ended up with six touches, after averaging 18.6 with CEH out. That’s the rub: should CEH get hurt again, Williams will leap back into fantasy production. Tread lightly here, but you can move on from him if you need to.

I’m taking a sideways glance at Devin Singletary (65% rostered) too, but Moss was the odd man out with a healthy Matt Breida taking his slot and Moss being a healthy scratch. This marks the second time this year that Moss was a healthy scratch (with week one being the other). The Bills seem to have turned this into a multi-headed monster of a backfield on a team that doesn’t run the ball with backs a ton anyway. Prior to his benching, Moss averaged just 30.6 yards per game in his previous five games.

With Jonathan Taylor going thermonuclear and solidifying his role as a three-down back, there’s nothing left for Hines. He had a good game against the Jets (but who doesn’t… more on that in a second, actually) but since that Thursday Night Football game in week nine, he has seven carries and five catches in three games, for a hot four touches and 29 yards per game.

Raise your hand if the Jets matchup tricked you and cost you the week. It’s me, I’m the guy raising his hand. David Johnson is straight-up bad at football now, and Rex Burkhead seems to be the man there. Johnson and Burkhead is the first backfield to not notch multiple touchdowns against the Jets since the Falcons in week five. No thank you.

At this point, we have to assume Mike Davis managers have given up on the season and are checking out 2022 MLB fantasy stuff. Since week seven, Davis averages 7.7 touches per game and 29 total yards. He also hasn’t scored. Cordarrelle Patterson even missed time and the Falcons turned to Qadree Ollison, instead. Why are you keeping him around?

Teddy Bridgewater simply cannot support the cast of wide receivers that he has at his disposal. Since Jerry Jeudy returned and Tim Patrick became A Thing, Sutton’s production has tanked. In the four games since Jeudy returned, Sutton has had a total of 7 catches for 95 yards on 12 targets. I still believe in Courtland Sutton, just not his quarterback. And Drew Lock clearly isn’t the answer, either.

The latest news on Ridley, who stepped away from football to handle his mental health, is that the Falcons have not heard from him. If you’re roster spot strapped, you can move on from Ridley.

The Bills pushed Sanders to the side over the last few games, and perhaps it’s time you do the same with him on your fantasy football rosters. In weeks one through six, he averaged 4 catches for 69 yards on 6.5 targets per game. Over the last five games, he averages 2.4 catches for 29 yards on just 4.4 targets per game. The Bills deprioritized Sanders, and it’s looking like you should, too.

He’s the third-best wide receiver and the fourth-best weapon on the Bengals’ offense. There simply isn’t anything left for him once Ja’Marr Chase, Tee Higgins, and Joe Mixon feast. He has one game over 50 yards since his week four Thursday Night outburst and scored just once in that span while averaging only five targets per game.

Let MJJ be a cautionary tale for overriding your established knowledge and research for the sake of liking a player. The Jags are in a terrible situation, with a rookie signal-caller. About one-in-five rookie QBs sustain a top-36 wide receiver their rookie year. This won’t happen for Jones, and it’s time to move on.

The Giants need a mulligan on the whole season. Wide receivers who switch teams generally struggle, but it’s been a whole different level for Golladay with Daniel Jones this season. He’s topped 64 yards just once this and hasn’t done it since week four. Since returning from his injury in week nine, has 6 receptions and 90 yards on 12 targets… across three games. This whole squad is circling the drain.

Higbee averages 3.5 catches for 31 yards, which is below streaming territory. He also has just three touchdowns on the year, and seemingly peaked against Tennessee with ten targets. He’s getting five targets per game, but he’s just not doing anything with them, turning his last 10 targets since the Tennessee game into 4 catches for 23 yards.

What happens when “touchdown or bust” busts? You get Hunter Henry’s four catches for 41 yards over the past two games. Prior to that, he had seven touchdowns in seven games. He’s a recommended drop because his next four weeks are: Buffalo, bye, Colts, Buffalo. The Colts are a decent matchup (sixth in fantasy points allowed to tight ends this year), but Buffalo ranks 28th, allowing just 6.8 fantasy points per game to tight ends and the fifth-fewest touchdowns to TE on the year. Bye weeks, of course, haven’t allowed a fantasy point to a tight end this year.