We are twelve weeks in, and inching closer and closer to the fantasy playoffs. At this point, you may fall into one of three categories: nervous that your team already peaked, nervous that your team will peak too late, or looking ahead to next year’s draft. Thanks to having seven fantasy teams, I qualify for all three. Far more importantly, I am closing the gap on Erin! I made up one more point in Week 12, bringing our year-to-date totals to Erin 24 – Bryan 21. Let’s get into Week 13.

Bryan’s Take: I think the complete lack of a running game is taking its toll on the Seahawks. For sure, Russ hasn’t looked remotely elite since returning from his finger injury, but it’s not all him. The Seahawks’ offense is just sluggish. Burrow’s production has dropped pretty dramatically, throwing two TDs and three picks in the last three games. I don’t see a breakout coming against the Chargers. Start Russell Wilson in Week 13.

Damien Harris at Buffalo or Jamaal Williams vs. Minnesota

Bryan’s Take: You may be scared by what looks like a crowded Patriots backfield, but… no you’re right. Belichick is the fantasy antichrist. That said, the Pats will want to control the heck out of that clock in Buffalo, and Harris is the best person for that job. Jamaal Williams is a fine D’Andre Swift Lite, but he may fall victim to a negative game script here. Start Damien Harris in Week 13.

Erin’s Take: Nothing good can come from someone named Damien. Why would you name your child that now that it’s synonymous with the devil? Now, I don’t know any bad Jamaal’s. That one feels more comforting. More warm and fuzzy. Start Jamaal Williams in Week 13.

Mike Williams at Cincinnati or Brandin Cooks vs. Indianapolis

Bryan’s Take: Owners of Mike Williams have not seen much of a return on whatever investment they made in him. Both Cooks and Williams are averaging roughly five catches for 65 yards per game. Williams has only scored once in his last six games, while Cooks has only scored three times all year. I’m shooting for upside here, and that’s Williams. Start Mike Williams in Week 13.

Erin’s Take: Michael must have been a super popular baby name 20-30 years ago. There seem to be way too many Mikes in this generation. “Brandon” is overused too, but at least spelling it with an I shows that his parents were at least trying to make him stand out. overused name. Also, he’s on my fantasy team. So… Start Brandin Cooks in Week 13. 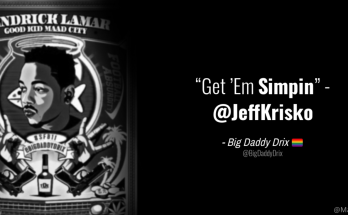