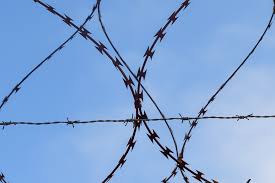 Week four of the 2021 NFL season is finished, just like a lot of your chances to make the playoffs after some of the choices you’ve made. Sure, Ryan Tannehill has struggled, but he should be fine against the Jets! Tom Brady against the Patriots! How can I lose?

The only real way to lose is to not scour the waiver wire. This week, I’m going to provide you with the best options available.  If I don’t mention someone whom you think I should be talking about, just know there are many reasons why I overlooked them. Maybe they are owned in most leagues. Maybe they are so bad I don’t even consider them.  Maybe it’s because your opinions cannot be trusted. After all, you are here. So let us examine who the best week five waiver wire players for your championship run are…

If you didn’t get on the Derek Carr train last week as I suggested, there is plenty of room on the Sam Darnold dune buggy! In week four, Sam Darnold was the overall QB1, proving that you can achieve anything once you leave Adam Gase behind. With 301 passing yards and 4 total touchdowns, there is no reason the QB5 on the season should be on waivers. Especially if you need quarterback help.

I mentioned earlier in the season that Daniel Jones was a quarterback you should be keeping an eye on. Unfortunately, the rest of your league might also be noticing him. In week four, Jones had 402 passing yards, 2 touchdowns, and 1 interception, making him the QB6. Jones is interesting because his rushing totals help insulate from some of the horrible mistakes he is prone to make. While I wouldn’t burn a waiver on Jones, I would be comfortable picking him up once he clears waivers. I know what some of you are thinking. Why would I pick up a bad football player? Remember the Blake Bortes rule – you don’t have to be good at football to be good at fantasy football.

While I don’t know how bad the Jimmy Garoppolo injury is, I feel confident in saying that even if he is healthy for week five, it won’t be the last injury he suffers. While Trey Lance started off a bit shaky, he also showed flashes of why the 49ers traded up to grab him, with 157 yards passing, 41 yards rushing, and 2 touchdowns. Trey Lance is a guy who should be on every bench as a flier, with the expectation that might not return value until the second half of the season. However, if he hits, he has the potential to be a league winner at quarterback with the surrounding cast he has in San Francisco.

Everything that I said about Trey Lance could apply to Justin Fields. While I like Fields more as a prospect than I do Lance, I hate his situation infinitely more. In week four, Fields had 209 passing yards and 1 interception. While those numbers aren’t inspiring, Fields consistently drove the Bears down the field, only to have his touchdowns vultured by the running backs. As with Lance, Fields is a player who has the potential to be a league winner in the second half of the season. All he has to do is overcome playing on the Chicago Bears.

For the pure handcuff play of week five, Damien Williams might be the best waiver wire play at running back. Especially if you are the David Montgomery owner. While the initial results of Montgomery’s hyperextended knee look promising, he is still going to miss a few weeks. That means Damien Williams will be the starting back. I’m not sure Damien Williams is that good an option, but with a rookie quarterback, at least the Bears should lean on Williams to try keeping Justin Fields alive. This is assuming the Bears aren’t dumb enough to go back to Andy Dalton, which Matt Nagy keeps pretending he is going to do, but I find it hard to believe anyone can be that stupid.

If Damien Williams isn’t up to your handcuff speed, you could put Samaje Perine on your radar. If that isn’t the most depressing sentence ever written about fantasy football, I don’t know what is. The Joe Mixon situation is a little murkier compared to the Montgomery injury. Mixon has an ankle injury, but he may only miss one game if that. Truth be told, if you need to count on Samaje Perine to keep your fantasy hopes alive, your fantasy football life just became real dire.

If you don’t need immediate gratification while playing the waiver wire, Kenneth Gainwell is a guy you should consider. In week four, Gainwell had 6 catches, 89 all-purpose yards, and 1 touchdown. Gainwell also had 11 touches to Miles Sanders 10. The Eagles backfield appears to be a full-blown timeshare, with Sanders on the field 64% of the time, and Gainwell on the field 39% of the time in week four. It seems like Gainwell has been seeing an increase in his usage as the season progresses.

I only bring up Alex Collins because Chris Carson’s usage seems to have dropped significantly. Over the past two weeks, Carson has been on the field for less than 50% of the Seahawks’ offensive snaps. In week four, Collins had 78 all-purpose yards and 1 touchdown. While I wouldn’t burn my waiver priority on Collins, if he cleared waivers, I would consider grabbing him for a bench spot. Especially if I had Chris Carson on my roster, who doesn’t appear as efficient as he has in the past, and who might be falling out of favor in Seattle.

After a certain point, you have to recognize that a player is being seriously undervalued. In half PPR formats, AJ Green is the WR26 on the season. In week four, AJ Green had 6 targets, 5 catches, 67 yards, and 1 touchdown. Right now, Green is the clear number two receiver on the best offense in football. Green is second in targets, first in yards per reception, and first in yards per game. While I can’t help but feel like he will shatter at any moment, while he is healthy he needs to be rostered.

Last week, I was warning you off AJ Green and Emmanuel Sanders. This week I’m starting to think that 2021 is the new 2016. With 6 targets, 5 catches, and 74 yards, Sanders has had a very solid two-game stretch. Emmanuel Sanders is 19th in the NFL in receiving yards and considering the offense he plays for, it is not unreasonable to see him continue to put up solid numbers. As with AJ Green, I’m hesitant to trust him at his age. If I’m wrong and Sanders does get hurt, I can always cut him for a younger, worse player.

When I think of all the times that Sam Darnold checked down to Jamison Crowder, I get a big smile on my face. I won a lot of fantasy football matchups on the back of Jamison Crowder. In his first game of the 2021 season, Crowder reminded us fantasy football veterans why we’ve always loved him. His 9 targets, 7 catches, 61 yards, and 1 touchdown made him the WR17 of week four. While you may be hesitant to invest in a New York Jets offense, (and who could blame you!) it is worth noting that the Jets had a brutal first three games against the Panthers, Patriots, and Broncos. While I don’t expect this offense to be good, it may not be as terrible as it looked the first three weeks. Crowder might be my favorite waiver wire receiver, but I might just be getting sentimental.

As a Darnell Mooney truther at the beginning of the season, I feel obligated to point out that Mooney finally had a strong game in week four with 5 catches for 125 yards. I also feel obliged to point out that Mooney had the best game of his career against a Detroit Lions secondary that was one injury away from starting me. Darnell Mooney is a good football player, but I do have doubts about the Chicago Bears’ ability to sustain multiple receivers and I suspect that Allen Robinson wins out. I’d keep an eye on Mooney. If he has another strong game, put in a claim.

As you probably already know, I hate tight ends. Outside of the top three, they are a guessing game where you will always make the wrong choice. A quarter into the season and there are two tight ends that bear watching. The first is Dalton Schultz, who is the TE4 on the season. In week four, Schultz had 8 targets, 6 catches, 58 yards, and 1 touchdown. Among tight ends, Schultz is fourth in receptions, sixth in yards, and second in touchdowns. Dalton Schultz also plays for one of the best offenses in football. Frankly, if you are going to take a flier on a tight end, you could do a lot worse.

Frankly, you could copy and paste my comments about Schultz and they would apply to Dawson Knox. Knox is the TE6 on the season. While he doesn’t have the yards and receptions that Schultz has, Knox is tied for the touchdown lead among tight ends. Dawson Knox has four touchdowns in his last three games. What makes Dawson Knox very intriguing is that he is tenth among tight ends for routes run per game, which implies there is some potential for improvement in his yard production. As with Schultz, Knox is one of many targets on one of the best offenses in football. This means Knox will have more scoring opportunities, along with more competition for those touchdowns.