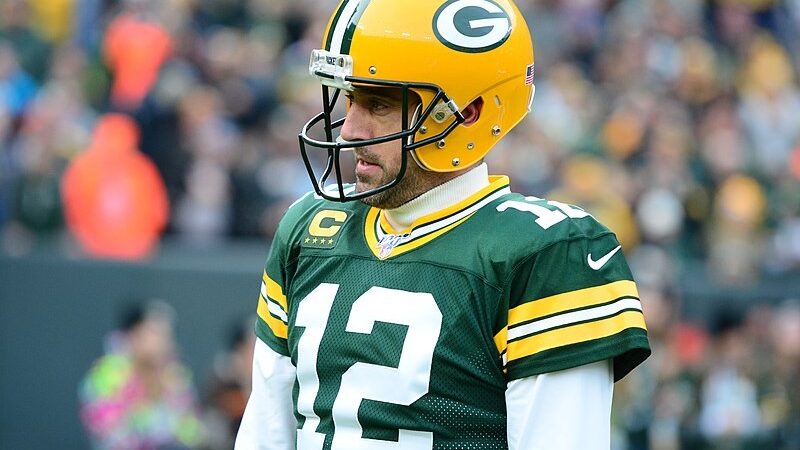 As we gear up to the start of the NFL season, Football Absurdity is going to bring you a comprehensive breakdown of every notable player that will be available in fantasy football drafts. Aaron Rodgers won the 2020 MVP award, and he owes it all to his front office. This is because they did nothing to build around him, forcing Rodgers to do every dang thing himself. I don’t care if he is a big crybaby, they should throw him a parade and shower him with players, you dumb coaches and managers!

This article may have a bias issue.

Also please note: Today is July 2nd. It is the last day that Rodgers can exercise a weird part of his contract that lets him sit out the season and still receive $18 million. That means that when we wake up tomorrow, Rodgers playing the season is much more definite (although he could still be traded).

Oh, look, this guy who won us a title and has 3 MVP awards wants some better players, we’d better draft a QB in the first freaking round and call it a day! You idiots! You absolute morons! It just makes me so- ugh!

Aaron Rodgers was going for like a buck last year and ended up the third overall fantasy QB. I don’t know if he’s going to be traded or sit out or what, nobody does. But if he falls to the 8th round or for under $5, he’s worth a swing. What were you going to pick in the 8th round, anyway? You’d probably just waste it!

I’m sorry, I’m projecting: I’m not really mad at you. I’m made at the Packers’ higher ups

Auction Value: $4
Draft Ranking: Find out for your league settings in a Beersheet!

I already told you the draft strategy: 8th round or under $5. Weren’t you listening? Don’t ever click my player profiles again!

Again: I’m sorry. It’s not you. I’m just really mad at the Packers. Just draft a dang WR so we don’t have to play the “who is going to be a good fantasy WR2 on the Packers? Allen Lazard? Maquez Valdez-Scantez? Equanimeous St. Brown, whom I just realized doesn’t spell the beginning of his name like the word “equine” so it’s just a bunch of random letters I have to memorize? Surprise! It’s no one! Ever!”

I’m so mad. Put it in the newspaper, I don’t even care.

Rodgers gets you top 5 QB production for a song. I get me anger management therapy.

He doesn’t play. You’re out $5. I have a heart attack and blissfully shuffle off my mortal coil. Whatever that even means, IT’S A STUPID SAYING!