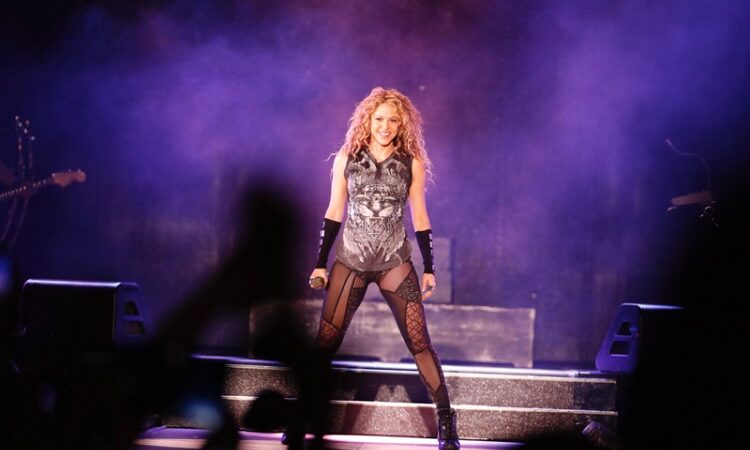 In 1972, the Atlanta Falcons drafted John Wayne. We expect a similar celebrity pick in the first round of the 2021 NFL draft. Roger Goodell will approach the podium and announce, “with the 6th pick, the Miami Dolphins draft Shakira.” This is according to our top-secret source in the Dolphins’ organization, who is definitely not made up.

Much is made of an NFL player having “explosive hips.” There can be no doubt that Shakira has the most explosive hips in human history. Plus, Tom Brady showed that 43-year-olds can make it in the NFL. So, prospects are looking great for the five-foot-two-inch, 44-year-old South American singer

Our source, who is real, could not say what positions the Dolphins will use Shakira in. She could have a strong presence as a third-down back. Catching a swing pass then dropping ankle-breaking jukes is definitely in her wheelhouse. Alternately, her elusiveness demonstrated in the 2019 Super Bowl Halftime Show could translate well to edge rushing. I’m not gonna make a tight end joke, here.

This intent explains the Dolphins move from third-overall pick to 12th then back up to sixth. No doubt they said, “none of the first 11 teams are gonna go Shakira when J. Lo is available.” But then they realized that John Elway is insane enough to draft someone like Shakira to play quarterback, so they had to move up past the Broncos.

NFL scouts have expressed some concern. Many cite the difficulty in Shakira playing 30 minutes, then hurrying into the locker room to change, then running out to do the halftime show, then running back in to change back into her uniform. However, the delight Miami fans will experience should more than make up for this. More on this story after the Miami Dolphins draft.

Click the following links in acknowledgment that I made it through this entire article without making a single Miami-South America-Dolphins OL coach cocaine reference: