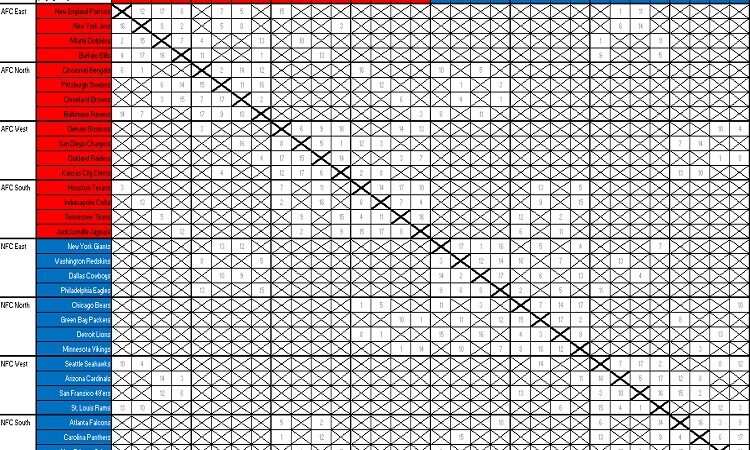 Fresh on the heels of adding a 17th game to the schedule, the NFL has announced more plans to tinker. Roger Goodell says the NFL is exploring the idea of doubling the number of halftimes each game will have.

“The biggest current obstacle is the math behind it all,” said Steelers backup Dwayne Haskins. “You see, any linear stretch of time can only have one midpoint. Now, that doesn’t mean there can’t be room for another midpoint, theoretically.”

At this point, Eli Manning jumped into the interview, pulling up a whiteboard. “The great philosopher, Zeno of Elea, once posited that a stretch of distance can have infinite midpoints.” Manning then drew a line segment on the whiteboard.  So if we can just view a stretch of game time as a distance, we could theoretically keep adding halftimes. As numerous a quantity as we want, really.”

The discussion was then joined by RGIII. Taking the whiteboard marker, he began to write:

Griffin then gesticulated wildly towards his list, took a long sniff of the whiteboard marker, and left the room.

“Continuing the discussion,” said Haskins, after a pause. “Let’s postulate that we arrive at the normal halftime of an NFL game. If we view the remaining time as its own line segment, we could have a second halftime right in the middle.”

Manning piped in, “But your hypothesis is flawed. Adding a 17th game is possible because it’s a finite, defined quantity. But in your halftime example, there would still have the one true halftime, but the second halftime would occur 3/4ths of the way through. So it’s not a real halftime.”

At this point, Rob Gronkowski happened by. Jumping into the debate, he added, “it’s a question of perspective, really. If you’re defining “halftime” by where it appeared in terms of the entire game then, yes, there is no theoretical second halftime. However, I would posit that determinations are best made from the current perspective, whenever that happens to be.”

“I would counter that it’s not a matter of perspective,” said Manning, “but rather semantics. Oxford defines “halftime” as “the time at which half of a game or contest is completed.” So they’re viewing it from the perspective of the whole game, which means there’s room for only one half.”

Stymied, the group took their problem to famous theoretical physicist Edward Witten. Witten listened to their arguments, then retreated into his office to think. After making several charts and consulting popular theories throughout scientific history, Witten finally emerged. “Yeah you can have two halves,” Witten concluded, “hockey does it.”

You heard it here, first: The NFL could, in theory, add a second half. That means twice as many Monday Night Football music videos that no one ever watches!

Move your mouse pointer halfway to these links infinitely: