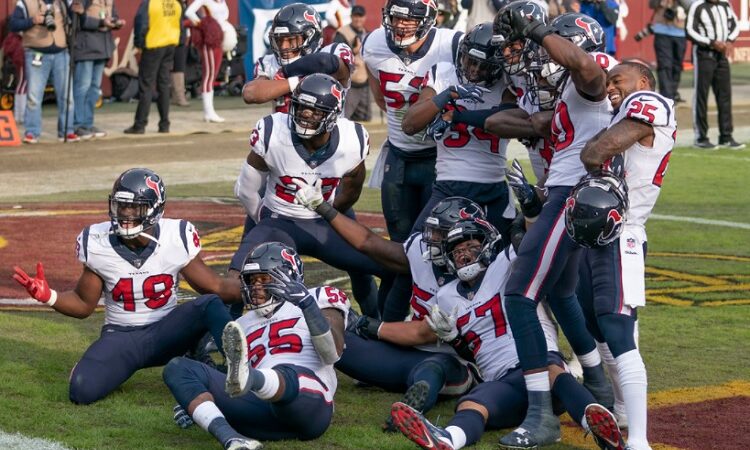 While the middle of April is usually the deadest period for breaking NFL news, 2021 is turning out differently. New Texan Shaq Lawson learned of the team’s switch from 3-4 to 4-3. His reaction could shock you!

“When I found out it was Houston, it was great to hear because I know what their scheme is, and that’s what coach Smith was bringing back: what I did in Buffalo,” That was what Lawson said to an investigative journalist for the Houston Chronicle.

However, the reporter then caught Lawson in an apparent lie. His next statement was “it’s perfect for me.” So which is it: “Great” or “perfect?” Lake Michigan is indeed “Great,” but it certainly isn’t “perfect,” it’s actually quite deadly. A perfect storm is “perfect,” but it’s certainly not “great.”

The Most Breaking NFL News Story of the Week

For anyone not already convinced Lawson is talking out both sides of his mouth, the versatile defender went on to say “it’s a win-win.” Something can only be a “win-win” if there are two sides to an issue. Otherwise, it’s just called a “win.” So, who is the unnamed shadowy figure involved on the other side of this situation? Why won’t they reveal their identity? Could the switch from the 3-4 defense by OC Lovie Smith just be a ruse to stay one step ahead of a federal investigation? I’m just asking questions, here!

Adding to the suspicion is the fact that no one in the Texans front office or locker room is answering any of my calls.
Why are they so eager to hide? Why aren’t they rejoicing over a reporter asking questions that aren’t about that OTHER big issue? They should be glad, but instead they are ingrateful ungrates! Should we lock up the entire staff and their fan base until they spill their huge secret about Shaq Lawson finding the 4-3 defensive scheme “great?” Again, just questions.

More on this story probably never.

Click these links for more shockingly hot takes about non-issues: