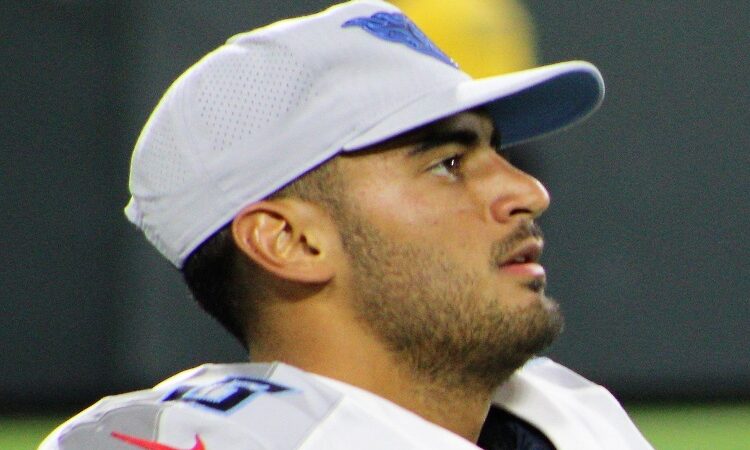 For decades, the National Institute of Standards and Technology has maintained the official Irony Meter. Sitting right next to the Atomic Clock, the Irony Meter (IM) detects when things are too ridiculous to believe. The IM has not needed recalibration in years, not since Alanis Morissette stopped touring. However, a recent comment by Marcus Mariota that he didn’t mind a pay cut and was “just excited to be a Raider” swung the meter’s needle so fast it broke off and launched into the thermosphere.

It is widely known that being a Raider excites no one, ever. Not since coach John Gruden traded Khalil Mack and the team’s entire fan base for two first-round picks. Also, no one gets excited about taking a pay cut. “It’s the combination of two universally ridiculous statements. That is not something we designed the Irony Meter for” said NIST researcher Leon Mi.

The NIST is not without blame. Researchers have had a longstanding policy of shutting down the Irony Meter any time the Raiders do anything. Most recently, this policy gave scientists relief when the Raiders signed Mariota in 2020 for $7.5 million. At the time, Mariota had a wildly erratic passing style. He also showed less pocket presence than a cocktail dress.

The unexpected breakage left researchers scrambling. First, they found a replacement needle from the spinner in a game of Twister. Now, they are recalibrating by feeding the machine obviously logical statements. Stuff like “what goes up must come down,” “an object in motion tends to stay in motion,” and “late-stage capitalism will always cannibalize itself.” One can only hope the meter is fixed in time to break again when the Chicago Bears do the NFL draft.

For more Football Absurdity, sign these links to a back-loaded one year deal: