I promised myself I wouldn’t do this again. But, here we are. Keke, laughing uproariously, has pushed his way back into our lives. The QT down in Houston once again had a massive game out of nowhere. He posted 141 yards on eight catches last week, the first without Will Fuller for the rest of the year. We saw this in Coutee’s first career game, a week four contest against the Colts back in 2018. In that game, he posted 11 receptions for 109 yards. The 109 yards represent 18.8% of his career yards before last week, as Coutee topped 70 yards just twice between that game and last week.

The Bears represent a bad matchup on paper, allowing the fourth-fewest fantasy points to wide receivers on the season. That dominance has waned lately. Over their last four games, seven wide receivers have double-digit point fantasy days (HPPR) against the Bears. The wildest outcome was the shootout against Detroit last week when Quintez Cephus and Marvin Jones Jr both ripped off big games. Can Keke make it back-to-back great games for the first time in his career? We will see. Maybe. Probably? At least I get to dust off this photoshop from 2018.

Denzel Mims won’t play this week, as the Jets already ruled him out for Sunday in Seattle. Don’t tell anyone, but in the last four games, Breshad Perriman has been on a pretty useful pace. He has 12 receptions, 256 yards, and three touchdowns in those four games. That comes out to a 48/1024/12 sixteen-game season if you pro-rate it out. That’s a great baseline to start with when you consider that the Jets will be without Mims, who has at least seven targets in four-of-six games, will miss this one. Perriman is a shoo-in for at least six targets in this game, and the Seahawks have had significant trouble stopping opposing wide receivers.

Since their week six bye, ten different wide receivers have at least ten (HPPR) fantasy points against the Seahawks. They’ve been better against the pass lately but they “shut down” an injured Kyler Murray, a now-benched Carson Wentz, and… Colt McCoy. Despite shutting down this murderer’s row of quarterbacks, Seattle still allows the most fantasy points to opposing wide receivers.

Collin Johnson has just two games in his career with more than four targets. They’ve both come in the last two weeks, where he’s turned a combined 14 targets into eight catches for 162 yards and a touchdown. The Jaguars passing game is mostly a mess, but they get one last shot to play well before they shut down entirely against Baltimore and Chicago. They get the Titans this week, and they allowed every wide receiver with a pulse on Cleveland to score last week. They’ve allowed four different wide receivers 15+ fantasy points (HPPR) in the last two games. Collin Johnson is a desperation start at 1% rostered, but he could save your bacon if you’re in a bind. 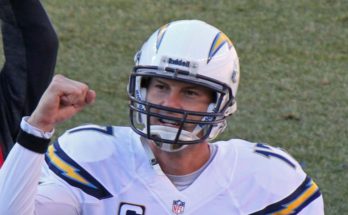